Welcome to my stop on the Virtual Book Tour, presented by Goddess Fish Promotions, for Doc’s Codicil by Gary F. Jones.  Please leave a comment or question for Gary to let him know you stopped by. You may enter his tour wide giveaway, where one (1) randomly chosen commenter will be awarded a $20 Amazon/BN GC, by filling out the Rafflecopter form below. You may follow all of the stops on the tour by clicking on the banner above, the more stops you visit, the better your odds of winning.  Good Luck!

How Working With Dairy Cows Prepared Me To Write About Humans
by Gary F. Jones

I spent much of my adolescence and half of my adult life working with dairy cattle. Some may be surprised by this, but cows have definite personalities, and milking a cow is about the most intimate thing that people do with an animal. That kind of intimacy with an animal that weighs between 1,200 and 1,500 pounds teaches a guy to be observant.

In the old dairy barns in use where I grew up, milking was intimate, and the person doing it was vulnerable. The cow was in a stanchion with varying degrees of freedom of movement. The milker had to kneel beside one of the cow’s rear legs to wash the teats and put the milking machine on. Milkers who didn’t learn to watch the cows and notice their moods spent a lot of time limping.

I learned, a bit late, to read the other guys milking with me, too. Once when I was milking cows in another guy’s string on a Sunday evening, I came to a cow named lightning. She was primarily black, with white hair a jagged white line running diagonally across her side. I asked Andy, the guy I was milking with, if the white line was why they’d named her lightning.

He nodded and got back to work. He seemed awfully cheerful for a guy stuck working the weekend.

Putting the machine on the cow wasn’t a problem. Four minutes later, I was back to take the unit off of her. I knelt beside her, turned off the vacuum, and found myself standing in the gutter behind the cow. Milking machine hoses were wrapped around me, my back and legs felt like I’d been given a massage with a baseball bat, and I had no idea how I got there.

Andy was smirking. “Didn’t see her kick, did ya.”

I admitted I hadn’t.

“That’s the other reason we call her lightning.”

A couple years later, I was going through the herd with my dad, looking at cows for the show herd. Dad pointed at a two year old with great conformation. Her head was up, her ears were up, and she was watching every move we made. She walked past us slowly, putting as much distance between herself and us as she could. I recognized her.

Dad pointed at her. “That’s the two year old we need. Put a halter on her and teach her to lead.”

“I tried to show her as a calf and she dragged me all over the cow yard. She’s nuts. She almost killed me last summer when I tried to tie her up to show as a yearling.”

Common sense didn’t trump a chance at winning a class at the show. That squirrely son of a bitch dragged me around for three days before the show. At the show, as I was leading her into the ring, her head and her ears were up. She walked in a slow, deliberate fashion, lifting each foot higher than normal. I held the lead shank in my left hand, walking backwards so I could keep an eye on her.

Dad was on the sidelines, telling one of his buddies we’d only put a halter on the cow three days before. “Jones, you’re full of shit,” the guy said.

The cow made a break for it as he spoke. She put her head down and tried to charge into the show ring, I pulled her head up and back toward me and threw my weight into the depression where her neck met her shoulder. We went down in a pile, but I got up first.

I had to throw her two more times before we even made it into the ring. I heard my dad’s friend tell him, “Well, maybe you were telling the truth.”

My point is, if I managed to work that closely with dairy cattle for 30 years and got out of it with only a few broken toes, I learned how animals—and people—think. 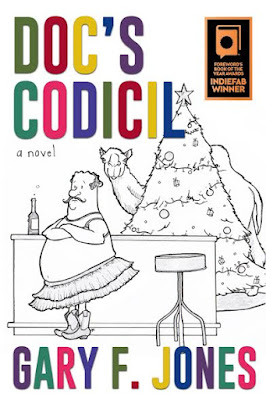 When Wisconsin veterinarian Doc dies, his family learns that to inherit his fortune, they must decipher the cryptic codicil he added to his will—“Take Doofus squirrel-fishing”—and they can only do that by talking to Doc’s friends, reading the memoir Doc wrote of a Christmas season decades earlier, searching through Doc’s correspondence, and discovering clues around them. Humor abounds as this mismatched lot tries to find time in their hectic lives to work together to solve the puzzle. In the end, will they realize that fortune comes in many guises?

Doc’s Codicil is a mystery told with gentle humor. It tells the story of a veterinarian who teaches his heirs a lesson from the grave.

I gritted my teeth and cursed. They were wasting my time, the time of the other four men in my crew, and expending all this effort to go in a circle, from and to their pen.

It occurred to me that most would see this differently if the calves were people. We’d call the calf trying to back up the “Leader” and those pushing his sorry butt forward “Followers.” Leaders and Followers apparently see things differently—something drilled into me every other November.

Come to think of it, it’s in November and December that we hold our national celebrations to honor wishful thinking and bad judgment. After our biennial celebration of the political non sequitur in early November, we save the rest of the month to contemplate our diets and most of December to think about our budgets. Looked at it that way, these calves were paragons of reason compared to the folks I’ve known.

Maybe, people are the only species dumber than cattle. A historian might be forgiven if he thought Homo sapiens preternaturally talented when it comes to grabbing stupid ideas and running with them. I have to admit, I haven’t been good at weeding the good from the “bat-crap crazy” either. Sometimes, it seems my life has been a series of virtuoso performances in the “stupid” genre, ranging from garden-variety dense to flaming-fruitcake nuts.

I should have guessed I was getting help in this department, but I have two doctorates, so no one expected me to see the obvious. 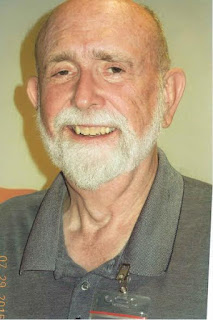 According to Gary Jones, his life has been a testament to questionable decisions and wishful thinking. His wife of forty years, however, says she knows of nothing in the record to justify such unfettered optimism. Jones says the book is a work of fiction; that's his story, and he’s sticking to it.

He’s part of the last generation of rural veterinarians who worked with cows that had names and personalities, and with dairymen who worked in the barn with their families. He’s also one of those baby boomers, crusty codgers who are writing their wills and grousing about kids who can be damned condescending at times.

Gary practiced bovine medicine in rural Wisconsin for nineteen years. He then returned to graduate school at the University of Minnesota, earned a PhD in microbiology, and spent the next nineteen years working on the development of bovine and swine vaccines.