Spotlight for The Bone Cave by Sarah Remy

Welcome to my stop on the Virtual Tour, presented by Pump Up Your Book, for The Bone Cave by Sarah Remy.  Please leave a comment or question for Sarah to let her know you stopped by. 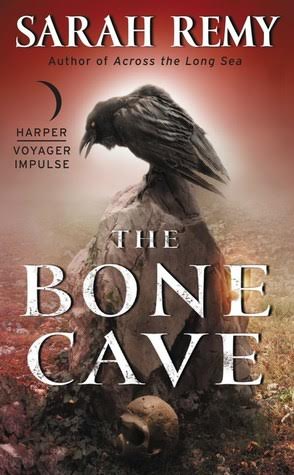 With the Red Worm plague vanquished, and Malachi and Liam safely returned from Roue, Avani expects life in Wilhaiim to return to normal. But Mal has been changed by his journey across the long sea, and now walks dangerously close to the edge of madness, while the horrors of war in a foreign land have transformed Liam from a naïve lad to a young man seeking his place as sidhe among mortals.

And the plague has left chaos in its wake: Wilhaiim’s priests are rising against King Renault, a serial killer is taking vengeance on His Majesty's unwary subjects, and someone is using forbidden bone magic to kindle the Automata—mechanized monsters born of ancient necromancy.

As Avani works to contain unrest and expose a murderer, she is unaware that a far greater threat is rolling in from the east: a bloodthirsty desert army intent on destruction. Magic will be tested and friendship tried as Avani and Mal battle new peril and old temptation in this stunning follow up to Across the Long Sea.

In 1994 Sarah Remy earned a BA in English Literature and Creative Writing from Pomona College in California. Since then she’s been employed as a receptionist at a high-powered brokerage firm, managed a boutique bookstore, read television scripts for a small production company, and, more recently, worked playground duty at the local elementary school.

When she’s not taking the service industry by storm, she’s writing fantasy and science fiction. Sarah likes her fantasy worlds gritty, her characters diverse and fallible, and she doesn’t believe every protagonist deserves a happy ending.

Before joining the Harper Voyager family, she published with EDGE, Reuts, and Madison Place Press.

Sarah lives in Washington State with plenty of animals and people, both. In her limited spare time she rides horses, rehabs her old home, and supervises a chaotic household. She can talk to you endlessly about Sherlock Holmes, World of Warcraft, and backyard chicken husbandry, and she’s been a member of one of Robin Hobb’s longest-running online fan clubs since 2002.

Find Sarah on Twitter @sarahremywrites, and on Tumblr at huntpeck.