Cover Reveal for More Than A Soldier by Irene Onorato 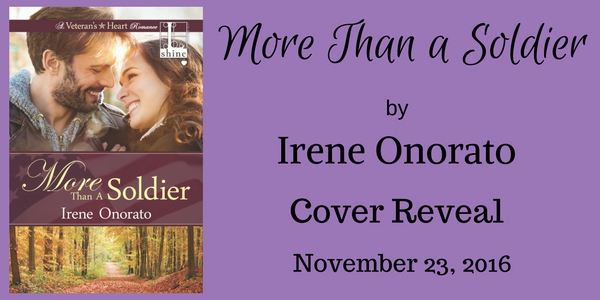 Welcome to my stop on the Cover Reveal Tour, presented by Pump Up Your Book, for More Than a Soldier by Irene Onorato.  Please leave a comment or question for Irene to let her know you stopped by. 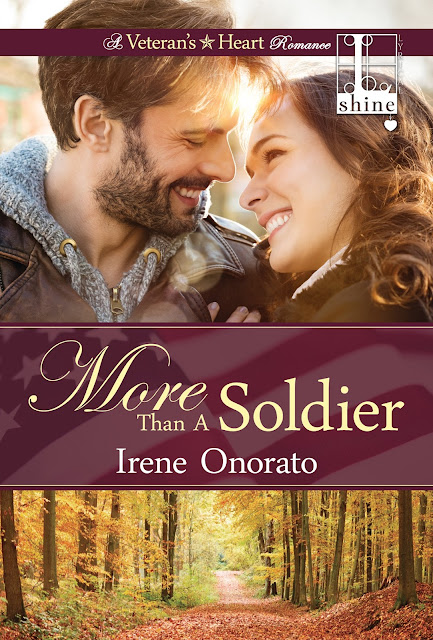 Former Special Forces soldier Hank Fleming is living a safe, quiet life in upstate New York, but there are days he isn’t sure he’s going to make it. The sole survivor of a devastating grenade attack in Afghanistan, he is still scarred, physically and emotionally. He hangs on to his faith and tries to keep moving forward, waiting for the day that something—or someone—can make him feel whole again.

Cindy Giordano is searching too—for her biological family and a fresh start. When her journey to find her brother, Edward, leads to Hank’s front door, she is instantly drawn to Hank . . . and instantly wary. With her ex-fiancé’s betrayal still fresh in her mind, friendship is about all she can muster.

When shadows from Cindy’s past threaten, Hank’s protective instincts shift into high gear, and he realizes everyone has their own battles to fight. But the road to healing would be much sweeter with the right person by his side . . .

Irene Onorato was born and raised in Bronx, New York. Her father, a first-generation American whose parents were born in Italy, was an Army veteran who had served with the 178th combat engineers during WWII. He told numerous stories of battles, hardships, tragedies and triumphs. The glimpses he gave into the hearts of many American warriors would later become the inspiration for much of Irene’s writings.

In 1972, a few months after graduating high school, Irene met James Onorato, a soldier who had just returned from Vietnam. After dating two weeks, they married, raised three children, and are still happily married today.

Irene and James, both radiation protection technicians, retired from the nuclear power industry in 2014 and now reside in Louisiana.