Spotlight for Under the Kissing Bough Box Set - Featuring Hold Me, Thrill Me, Kiss Me by Barbara Devlin, Hunt for Christmas by Tina DeSalvo , and Her Vampire Protector by Jordan K. Rose 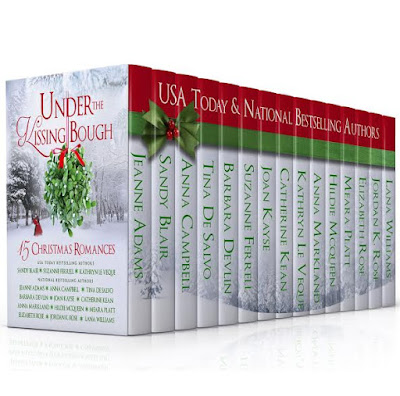 15 brand-new novellas. 15 best-selling romance authors. A holiday-themed collection like no other.

According to lore, the origins of which date to the late 12th century, no lady should refuse a kiss beneath the mistletoe, else she will not marry in the next year. In exchange for the kiss, a berry is removed from the sprig until all of the berries are gone and no more kisses can be stolen. Some also believe that a sprig of mistletoe collected from a local church and placed beneath a maiden's pillow will inspire dreams of her future husband.

What happens when fifteen daring heroines pin their hopes on mistletoe, a little luck, and a kiss in this multi-genre, limited edition holiday collection from 15 bestselling authors? Pure holiday magic!

HOLD ME, THRILL ME, KISS ME BY BARBARA DEVLIN: 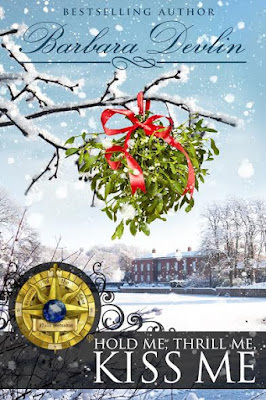 A once great love

Sold into marriage at sixteen, widowed at nineteen, and mired in a scandal of her own making at twenty-two, Lady Moreton has fallen on hard times.  Alone, shunned by society, and on the verge of homelessness, she desperately searches for salvation.  When Almira receives an intriguing invitation to join one of England’s most respected families for Christmas, she clings to hope, to the possibility of rescue, and packs her best gowns.

Heir to a tarnished title, Lord Nicholas Sheldon seeks to right the wrongs of his past, after his father is found floating in the Thames, and his younger brother faces trial for kidnapping a high-ranking member of the peerage.  In exchange for evidence in support of the Crown’s charges, Nicholas wants only one thing: the beautiful woman who stole his heart, so long ago.  Pinning his hopes on a kiss beneath the kissing bough, he enlists the aid of his onetime enemies, journeys to Portsea Island, and risks everything for a chance at happiness.


HUNT FOR CHRISTMAS  BY TINA DeSALVO: 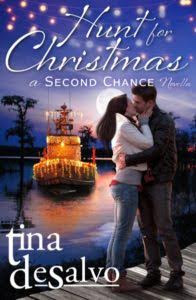 The Cajun Christmas on the Bayou Celebration is an annual event in the remote town of Fa La, Louisiana, nicknamed – Fa La La. It has supported generations of the families who live in the tiny, isolated bayou community. This year may be the last. Thanks to Hunter James who bought the neighboring island, they can no longer use his land for a major part of the celebration.  The island is his home where he expects to find much needed peace and quiet.  He doesn’t want Christmas lights, music and revelers on his land no matter what Fa La La’s beautiful advocate, Dr. Camille Comeaux, says as she tries to change his mind…and changes his heart.

Will Camille fight to steal Hunter’s peace so her family can have theirs? 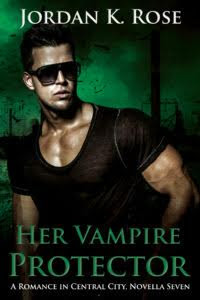 If someone has to die in order to save the citizens of Central City from the heinous experiments of Panthera Laboratories, Oswald Addison would gladly volunteer. But a three-hundred-year-old vampire should never have to choose between dying to save those he has sworn to protect or living with the knowledge he is responsible for their doomed existence—especially when the life of the woman he loves is at stake.

For Selene Kittery, having to hold her own in the male-dominated Vampire Guard is enough of a challenge. With Christmas right around the corner and mistletoe hanging in doorways, controlling the impulse to fall into the arms of the sexiest womanizer to walk the earth makes getting through every night damn near impossible. As the iron-clad grip she’s kept on her dignity weakens, Selene must face the truth about Oz.

Realizing Selene is Panthera’s next target, Oz is forced to share the secret about what happened on the night they met and risk losing her forever.