WAITING ON WEDNESDAY - MASTER OF SIN BY MAGGIE ROBINSON 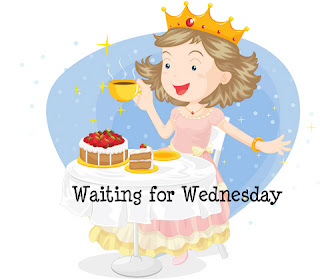 "Waiting on"  Wednesday is a weekly event hosted by Jill at Breaking the Spine which highlights upcoming releases we're eagerly anticpating.
This week's pre-publication "can't-wait-to-read" selection is:
Master of Sin
The Courtesan Court Series, Book 4
Andrew Rossiter has used his gorgeous body and angelic face for all they’re worth—shocking the proper, seducing the willing, and pleasuring the wealthy. But with a young son depending on him for rescue, suddenly discretion is far more important than desire. He’ll have to quench his desires—fast. And he’ll have to find somewhere his scandalous reputation hasn’t yet reached…
Miss Gemma Peartree seems like a plain, virginal governess—or so she hopes. No matter how many sparks fly between them, she has too much to hide to catch Andrew’s eye. But with a stormy Scottish winter driving them together, it will be hard to keep her secrets. Especially when Andrew feels he has found the woman who can restore his soul—one kiss at a time…

What's your "waiting on" pick this week?
Want to participate?  Grab the logo, post your own WoW entry on your blog and leave your link below and at Breaking the Spine.
Posted by Maria at Wednesday, August 31, 2011 1 comments

Waiting on several deliveries today - these are the new books I'm getting:

Montana Hendrix has found her calling—working with therapy dogs. With a career she loves in a hometown she adores, she's finally ready to look for her own happily ever after. Could one of her dogs help her find Mr. Right… or maybe Dr. Right?
Surgeon Simon Bradley prefers the sterility of the hospital to the messiness of real life, especially when real life includes an accident-prone mutt and a woman whose kisses make him want what he knows he can't have. Scarred since childhood, he avoids emotional entanglement by moving from place to place to heal children who need his skillful touch. Can his growing feelings for Montana lead him to find a home in Fool's Gold, or will he walk away, taking her broken heart with him?

Nikki Hunt thought her night couldn't get worse when her no-good, cheating ex ditched her at dinner, sticking her with the bill. Then she found his body stuffed in the trunk of her car and lost her two-hundred-dollar meal all over his three-thousand-dollar suit. Now not only is Nikki nearly broke, she's a murder suspect.
Former cop turned PI, Dallas O'Connor knows what it's like to be unjustly accused. But one look at the sexy-though skittish-suspect tells him she couldn't hurt anyone. The lead detective, Dallas's own brother, has the wrong woman and Dallas hopes a little late-night "undercover" work will help him prove it . . ﻿

A bargain that was all business . . . and pure passion.

Neither wealth nor beauty will help Lady Francesca Gordon win custody of her young niece Georgina, saving the girl from a cruel stepmother; she needs London’s top solicitor for that. But when Edward de Lacey, son of the powerful Duke of Durham, hires away the one man who can do the job, Francesca decides Edward himself must champion her case . . . if only she can melt the dashing lord’s stony heart.


Edward has reason to be guarded, though. London’s tabloids have just exposed a secret that could ruin his entire family. When Francesca offers a unique chance to undo the damage, Edward is forced to agree to a partnership . . . and now, each moment together feeds the flames of his scandalous longing for the passionate widow. But when Georgina disappears, fate will test them both . . . and leave their love hanging in the balance.

Lady Caroline Christie has been separated from her husband for five years. Their brief marriage was a disaster everywhere but in the bedroom. Baron Edward Christie was the most proper widower in the ton - and marrying the scandalous beauty was his one impulsive act. Yet before he puts Caroline out of his life, he must get her out of his blood. And the more he learns about her, the less he wants to let her go. Caroline was prepared to hear that her husband wanted to divorce her, spare them both the torture of passion they can neither tame nor escape. But his plan is more wicked than any she's ever heard. Life as his wife is suffocating. But she cannot resist becoming her own husband's mistress...

Miss Octavia Pierce is witty, well-off . . . and shockingly unwed. Still, she is far too successful in society to remain on the shelf forever, and her family has hopes that Octavia will finally make the perfect match. What they don’t know is that, years earlier, Octavia was scandalously tempted by the one man capable of sweeping her off her feet— the man now known as the Marquess of Doree.


A third son, never meant to inherit, Lord Ben Doree has abandoned his past and grown accustomed to his illustrious new position of wealth and power. But he has never forgotten Octavia, and now she desperately needs his help in a most dangerous, clandestine matter. Although she claims she has put the memories of the passion they shared behind her, Ben is determined to once again have her in his arms—and in his bed.

Sent on a dangerous mission into the shadowy world of the Druids, Galen must find a powerful ancient relic to defeat the enemies of Castle MacLeod. But what he discovers is far more powerful—and far more dangerous. A Druid lass whose beauty is as spellbinding as any magic…
Reaghan is the most enchanting woman Galen has even met—and the most enigmatic. She alone is immune to his mind-reading gifts. He alone makes her feel safe and secure. But Reaghan holds a secret power deep inside her that could destroy them both. And if Galen hopes to hold this captivating woman in his arms every night, he must defeat the darkness that draws closer around her every day….

"Vampire Fight Club" by Larissa Ione: When a wave of violence forces shape shifter Vladlena to go undercover, her first stop is a haven of vice - with a dangerously sexy vamp in charge. Both Vladlena and Nathan are hiding something, but they can't conceal the lust that simmers between them..."Darkness Eternal" by Alexandra Ivy: After being held captive by one vampire for four centuries, Kata had no intention of taking another one to the underworld with her. Yet even in the pits of hell, there's no ignoring the intoxicating desire awakened by his touch..."Kane" by Jacquelyn Frank: Kane knows Corrine was meant to be his...just as he knows that truly possessing the lovely human is forbidden. But on the night of the Samhain moon, the beast in every demon in stronger than reason, and Kane's hunger is more powerful than any punishment..."Dragon on Top" by G.A. Aiken: Escorting the highborn Bram through deadly Sand Dragon territory will try Ghleanna's patience...and her resolve. For Bram is determined to enhance the journey with a seduction no female could resist...

Having narrowly averted an (under)world war, Cat Crawfield wants nothing more than a little downtime with her vampire husband, Bones. Unfortunately, her gift from New Orleans' voodoo queen just keeps on giving-leading to a personal favor that sends them into battle once again, this time against a villainous spirit.

Ewan McCabe, the eldest, is a warrior determined to vanquish his enemy. Now, with the time ripe for battle, his men are ready and Ewan is poised to take back what is his—until a blue-eyed, raven-haired temptress is thrust upon him. Mairin may be the salvation of Ewan’s clan, but for a man who dreams only of revenge, matters of the heart are strange territory to conquer.
The illegitimate daughter of the king, Mairin possesses prized property that has made her a pawn—and wary of love. Her worst fears are realized when she is rescued from peril only to be forced into marriage by her charismatic and commanding savior, Ewan McCabe. But her attraction to her ruggedly powerful new husband makes her crave his surprisingly tender touch; her body comes alive under his sensual mastery. And as war draws near, Mairin’s strength, spirit, and passion challenge Ewan to conquer his demons—and embrace a love that means more than revenge and land.
So......what are you getting today?