Welcome to my stop on the Cover Reveal Tour, presented by Pump Up Your Book, for Forbidden Knight by Diana Cosby.  Please leave a comment or question for Diana to let her know you stopped by. 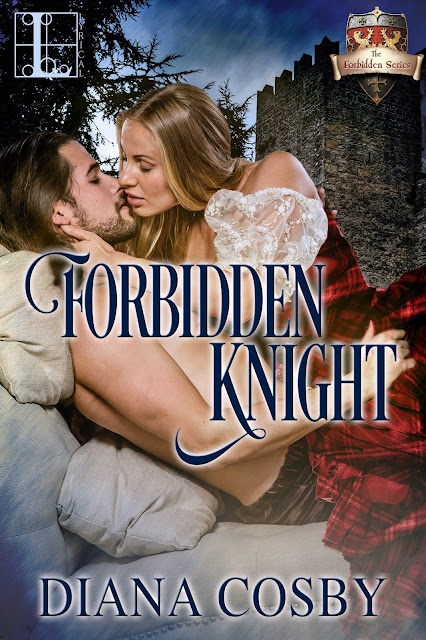 Deep within Scotland, a healer and a warrior join forces to protect Scotland’s future . . .

There is an intruder in the woods near King Robert Bruce’s camp, but when Sir Thomas MacKelloch comes face-to-face with the interloper, he is shocked to discover his assailant is a woman. The fair lady is skilled with a bow and arrow and defiant in her responses. The wary Knight Templar dare not allow her beauty to lower his guard. Irritated by his attraction, he hauls her before his sovereign to expose her nefarious intent.

Outraged Sir Thomas dismissed her claim, Mistress Alesone MacNiven awaits the shock on the arrogant knight’s face when he learns that she has told the truth. But it is she who is shocked, and then horrified, as it is revealed that her father, the king’s mortal enemy, has betrothed her to a powerful noble, a deal that could jeopardize the king’s efforts to unite Scotland. Robert Bruce orders Sir Thomas to escort Alesone to safety. As they embark on a harrowing journey through the Highlands, Alesone tries to ignore her attraction to the intimidating warrior, but as she burns beneath Thomas’s kiss she realizes this fearless knight could steal her heart. 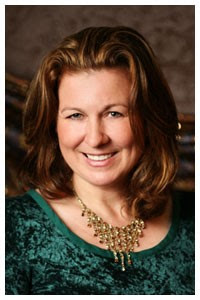 A retired Navy Chief, Diana Cosby is an international bestselling author of Scottish medieval romantic suspense.  Her award-winning books are translated in five languages.  Diana has appeared at Lady Jane’s Salon, in NYC, and in Woman’s Day, on USA Today’s romance blog, “Happily Ever After,” MSN.com, and in Texoma Living Magazine.

After retiring as a Navy Chief, AGC(AW), Diana dove into her passion – writing romance novels. With 34 moves behind her, she was anxious to create characters who reflected the amazing cultures and people she’s met throughout the world.

Her years of living in Europe inspired Diana to write in the medieval time frame.  After watching the movie Braveheart and with her passion for writing complex plots, the idea for the MacGruder brothers series was born.

Diana has many passions in life, but one that resonates in her life is that of giving. She firmly believe that each of us can make a positive difference in another person’s life.

Some of the charities she supports are listed below:

The National Trust for Scotland, which acts asguardian of Scotland’s magnificent heritage of architectural, scenic and historic treasures.

Habitat For Humanity, which gives a deserving family more than a home, but a foundation upon which to build their dreams..

Semper Fi Fund , is a 501(c)(3) nonprofit to help with immediate financial support for injured and critically ill members of the U.S. Armed Forces and their families.

Homes For Our Troops, assists severely injured Servicemen and Servicewomen and their immediate families through various venues to aid them in building a home that allows them live a more independent life.

The Navy SEAL Foundation, provides immediate and ongoing support and assistance to the Naval Special Warfare community and their families.