There are a lot of books being released today (48 total) but these are the ones that I can't wait to get my hands on:

Detective Eve Dallas and her partner, Peabody, are following up on a senseless crime-an elderly grocery owner killed by three stoned punks for nothing more than kicks and snacks. This is Peabody's first case as primary detective-good thing she learned from the master.

But Peabody soon stumbles upon a trickier situation. After a hard workout, she's all alone in the locker room when the gym door clatters open; and-while hiding inside a shower stall trying not to make a sound-she overhears two fellow officers, Garnet and Oberman, arguing. It doesn't take long to realize they're both crooked-guilty not just of corruption but of murder. Now Peabody, Eve, and Eve's husband, Roarke, are trying to get the hard evidence they need to bring the dirty cops down-knowing all the while that the two are willing to kill to keep their secret. ﻿

Half-vampire Cat Crawfield and her vampire husband Bones have fought for their lives, as well as for their relationship. But just when they've triumphed over the latest battle, Cat's new and unexpected abilities threaten to upset a long-standing balance...

With the mysterious disappearance of vampires, rumors abound that a species war is brewing. A zealot is inciting tensions between the vampires and ghouls, and if these two powerful groups clash, innocent mortals could become collateral damage. Now Cat and Bones are forced to seek help from a dangerous "ally"--the ghoul queen of New Orleans herself. But the price of her assistance may prove more treacherous than even the threat of a supernatural war. ...to say nothing of the repercussions Cat never imagined. ﻿

Lucy Kincaid has firsthand experience dealing with deadly criminal predators, and she’s fully prepared to share her many talents with the FBI. But when her career plans are derailed, her boyfriend, security expert Sean Rogan, asks for help on his latest private investigation. Using her well-honed cyber-hunting skills, Lucy is soon on the trail of a missing teenage girl with a penchant for disappearing—and a shocking secret life.

FBI Agent Suzanne Madeaux is also tracking someone: a serial killer on the loose in New York City. Dubbed by the press the Cinderella Strangler, he cruises seamy underground sex parties, where drug-fueled women make for easy pickings. As Lucy and Sean’s desperate search collides with the FBI’s hunt, Lucy isn’t about to step aside. Haunted by painful memories of her own harrowing encounters with evil, she’s determined to keep any more innocents from meeting the fate she so narrowly escaped. Delving deep into the twisted psyche of a remorseless killer, Lucy must confront her own fears—even if it means risking a future job with the FBI and future happiness with Sean.


What are you looking forward to buying or reading today?﻿
Posted by Maria at Tuesday, February 22, 2011 0 comments

A REVIEW/ IN THE DARK OF DREAMS/ MARJORIE M. LIU/ HARPER COLLINS

She could never forget the boy with the ice blue eyes . . .

She was only twelve when she saw the silver boy on the beach, but Jenny has never stopped dreaming about him. Now she is grown, a marine biologist charting her own course in the family business—a corporation that covertly crosses the boundaries of science into realms of the unknown . . . and the incredible.

And now he has found her again, her boy grown into a man: Perrin, powerful and masculine, and so much more than human, leaving Jenny weak with desire and aching for his touch.

But with their reunion comes danger. For Perrin and Jenny—and all living creatures—their only hope for preventing the unthinkable lies in a mysterious empire far beneath the sea . . . and in the power of their dreams.

In the Dark of Dreams is the 10th book in the Dirk & Steele series by Marjorie Liu, stories full of characters from legends that live among us disguised out of necessity. The author has done a fantastic job with this story, continuing to add to the world building she began with the first book in this series. I fell in love with the hero and heroine and was happy to spend time again with some of the characters from previous books.

The heroine of this story, Jenny, was fantastic. She is full of inner strength and determination in the face of adversity. Refusing to give up on her dreams, she continues to search for the boy she fell in love with when she was 12 years old. Jenny considers herself an anomaly; she’s a normal human in a family full of people with paranormal gifts. She’s very open minded in regards to what is “normal”.


The hero, Perrin, has been exiled from his people because of his refusal to give up on finding the girl he knows is his “mate”, a human. He’s full of rage and hurt towards both his father and his people for turning their backs on their own laws and for forcing him to live among humans and the toxins in their world, which make him unable to dream of Jenny. Banishing Perrin also creates a problem that the “Krackeni” have yet to discover, it was Perrin’s dreams of Jenny that kept the “beast” from waking, something that is beginning to happen.


The scenes between Jenny and Perrin are fantastic; they have great chemistry and have never lost their attraction towards each other. Ironically they also have the same fear of rejection for who and what they are, something that they both eventually have to address individually and as a couple. The secondary characters are also well done and contribute quite a bit to the story, especially Perrin’s father, who Perrin must eventually face and deal with. Like the human world, the paranormal world has both good and evil members and Ms. Liu did an excellent job of reminding us of that.


The conclusion of this story was well done and resolved most of the issues raised, though there are other issues that will now have to be addressed in future books. I look forward to see where Ms. Liu takes us next, because this series has such deep world-building, I do recommend that you read the books in order. I truly enjoyed this book and I believe you will too. 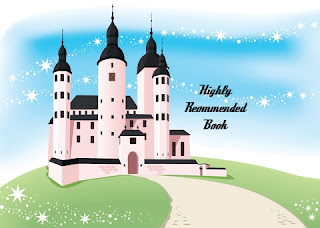 FTC Disclaimer:  This book was purchased by the reviewer for review.