Blurb Blitz & #Giveaway for The Widow's Promise by Roselyn Beck

Welcome to my stop on the Blurb Blitz, presented by Goddess Fish Promotions, for The Widow’s Promise by Roselyn Beck.  Please leave a comment or question for Roselyn to let her know you stopped by.  You may enter her tour wide giveaway, where one (1) randomly chosen commenter will be awarded a $25 Amazon/BN GC, by filling out the Rafflecopter form below. You may follow all of the stops on the tour by clicking on the banner above.  The more stops you visit, the better your odds of winning.  Good Luck! 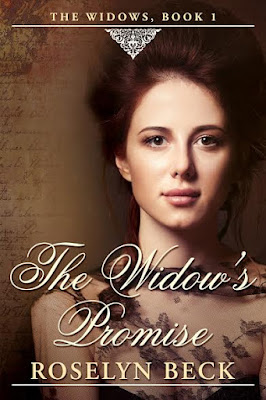 The Widow’s Promise
By Roselyn Beck

When Lady Grace Grayson accepts an invitation to a house party at Rocksavage Manor, she expects a few weeks of painting and serenity in the English countryside.  She doesn’t expect to become the target of a murderer.

When Kyle Calshot, accepts a position with Theodore Price, the owner of Rocksavage Manor, he expects to learn all he can about British Politics in Victorian England.  He doesn’t expect to be asked to betray a friend or become the bodyguard to a beautiful red haired widow.

As Grace and Kyle struggle against a newfound passion for one another, they must discover the motives of a killer.  And when old secrets are revealed can their new love survive?

Lady Grace found herself in quite a dilemma.  If she accepted Mr. Calshot’s escort into the drawing room, she would by default bring attention to herself simply due to her companion.  However, to enter a room full of people on her own had always been frightfully difficult, and to disengage herself from him after he had so kindly rescued her from Higgins, not to mention the man who had shot at her this afternoon would be unbearably rude.  Added to that she suspected that Mr. Calshot was a man impossible to refuse.  He stood there at the doorway to the drawing room where the rest of the guests were mingling before dinner as if sensing her hesitation, a gentle smile crinkling the corners of his eyes.

She tightened her fingers briefly on his arm .  She could feel the warmth and strength under her fingers and shivered slightly.

“Are you cold my lady?” His deep voice reverberated through her touching her core, nearly making her shiver again.

“No, thank you for your concern Mr. Calshot,” she returned, clearing her throat when her first attempt at speech was dry.  She knew there was no reason to be frightened as they walked into a crowded drawing room.  Whoever it was trying to injure her would not try in such a public location.  However, the allure of the man walking next to her was terrifying in its intensity and she felt it stealing through her, even as she wanted to press her body against his. 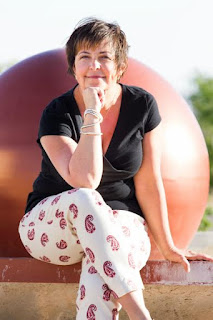 When Roselyn is not managing her two wonderful children, amazing husband, a dog, a cat, four chickens and a bee hive, she can be found either reading or writing.  Oh, and the day job where she develops and implements outreach programming for K-12 in entrepreneurship.  She’s lived most of her life in New Mexico and loves the blue skies and being able to see hundreds of miles most days, but is always ready for a new adventure in a new place.  Writing gives her the opportunity to create them on the page when she can’t actually jump in the car and go.

a Rafflecopter giveaway
Posted by Maria at Wednesday, November 02, 2016