Welcome to my stop on Frank Nappi's Virtual Book Tour for The Mickey Tussler Series.  Please leave a comment or question for Frank below to let him know you stopped by.  Frank will be awarding a $50 Amazon gift card to a randomly drawn commenter during the tour.  You can follow the tour here, the more often you comment, the better you rodds of winning.


Baseball and Autism? As the author of The Legend of Mickey Tussler series, novels that feature as their protagonist an autistic teen blessed with a killer fastball, I have come to understand just how powerful the blending of the two can really be. While the two subjects might appear at first glance to be unrelated, one only need observe the two together to see that this union has the unique power to engender awareness, understanding, tolerance and ultimately acceptance.
My novel, The Legend of Mickey Tussler, is the story of a 17 year old autistic kid who is mired in the obscurity of a small farm in Indiana in 1948. In addition to his “condition”, which of course has no name at the time, Mickey possesses the remarkable ability to throw objects (most notably apples) with extraordinary velocity and precision. It appears that his life will never amount to anything more than the day to day toiling on the family farm under the cruel and watchful eye of his cantankerous father Clarence when a most fortuitous encounter with baseball manager Arthur Murphy, a man who himself is struggling with his own demons, alters the trajectory of each of the character's lives forever.
I wanted to tell a baseball story -- the genesis of the endeavor is my pure love for the game of baseball. I always thought that to combine my first love, which is baseball, with my passion for writing, would be a wonderful creative amalgamation. However, I did not want to re-tell the classic, trite tale that has been told before -- you know, the young talented nobody who is discovered and then makes good on the diamond. So that was a real impediment. However, I soon had the epiphany that if my character were unique -- special in another way too -- that would add a compelling wrinkle to the tale that has never been attempted. Conceiving Mickey Tussler as an Asperger’s kid was what unlocked the whole story.
I first became involved with a group called Best Buddies when I came to Oceanside High School as an English teacher. I was intrigued by how this club was able to foster awareness and acceptance for kids with special needs. My school district’s Best Buddies chapter is just one of the almost 1,500 middle school, high school, and college chapters worldwide. Our building’s group meets weekly – and promotes the spirit of the organization – pairing students with special needs with a student buddy to help foster socialization and acceptance for all involved. My work with this amazing group helped me to really bring my main character to life. After I began writing my first Mickey Tussler novel, I immersed myself even further in the culture of the Oceanside Best Buddies chapter – to ensure that I would do justice in my representation of a young man with autism. I have never looked back.
For those of you not familiar with my Mickey Tussler series (The Legend of Mickey Tussler and the sequel Sophomore Campaign), the novels chronicle the coming of age of young Mickey Tussler – a pitching phenom with Asperger’s syndrome, a form of autism. Mickey’s struggle for acceptance on a minor league baseball team during the 1940s helps to shape a story about overcoming obstacles, self-discovery, and the human condition. The first book, The Legend of Mickey Tussler, was adapted for the movie “A Mile in His Shoes” (starring Dean Cain and Luke Schroder) which aired on cable television last year and is now available on DVD.
Working so closely with children with autism and teens and getting to know their families has been more fulfilling than I ever could have imagined. My character Mickey is the embodiment of all the magic I have witnessed over many years and has become a wonderful vehicle for me to further connect with families of children with special needs and teens. 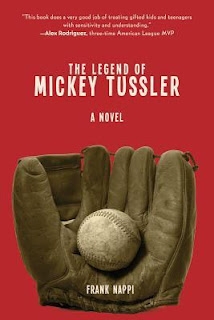 The Legend of Mickey Tussler
by Frank Nappi
The Legend of Mickey Tussler Series, Book 1
Publisher:  Sky Pony Press
Release Date: March 21, 2012
Genre: Historical Fiction
Length: 316 Pages
Buy Links:
Amazon    B&N
Book Description:
In the late 1940s, the minor league Milwaukee Brewers are foundering yet again and manager Arthur Murphy is desperate. When he sees seventeen-year old Mickey Tussler throwing apples into a barrel, he knows he has found the next pitching phenom. But not everyone is so hopeful. Mickey’s autism—a disorder still not truly understood even today—has alienated the boy from the world, and he is berated by other players and fans. Mickey faces immense trials in the harsh and competitive world of baseball while coping with the challenges inherent to his disorder. An honest and knowledgeable book about overcoming adversity, and the basis for the television movie A Mile in His Shoes, Mickey’s powerful story shows that with support and determination anyone can be triumphant, even when the odds are stacked against him. 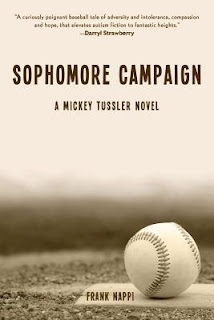 
It’s 1949 and eighteen-year-old pitching phenom Mickey Tussler is back with the rejuvenated minor league Brewers in the sequel to The Legend of Mickey Tussler (the basis for the television movie A Mile in His Shoes). Despite Mickey’s proclamation that he will never play baseball again after last season’s violent conclusion, his manager—and now surrogate father—Arthur Murphy cajoles the emotionally fragile, socially awkward boy with autism into giving it another shot. Mickey reluctantly returns to the field and must once again cope with the violence and hatred around him. When a young African American player joins the team, the entire team is subjected to racial threats and episodes of violence, one of which Mickey witnesses firsthand. Struggling to understand such ugliness and hatred, and fearful of reprisal should he tell anyone about what he has seen, the boy’s performance on the field suffers. Mickey now must deal with a side of human nature he scarcely comprehends.
EXCERPT:
CHAPTER 1

“What the hell is wrong with Mickey?” Murph asked. “Did something happen out there?”

“I think it was Lefty,” Danvers said. “That jackass was jawing at him from the dugout, and making all kinds of gestures. I put a stop to it but I think it may have rattled him.”

Murph saw the boy struggling, and was quick to intercede. “Hey, Mick, what’s going on pal?” he said. “Everything okay?”

The boy did not move. Just stood there, catatonically, his fragile soul naked in his glassy eyes. He was remembering the last time he saw Lefty. And he could still hear the assailant’s voice, cold and vituperative, and the pathetic cries of Oscar, his favorite pig, after Lefty plunged his boot into the porker’s side, killing it instantly. Then there were the hours that followed, with Sheriff Rosco, and all the questions. So many questions. The recollection was overwhelming. Frightening. He just wanted it to all go away.

“‘Slowly, silently, now the moon, walks the night in her silver shoon…’”

“Mickey, come on now. We’re not doing that now. There’s no need. You’re home here. We’ve got a game to play here. Hear that crowd? Listen to them. They all came for you.”

The boy’s affectations were unchanged. He continued to stare vacantly, rocking back and forth, trying desperately to drive the hateful memories out of himself.

“This way and that, she peers and sees, silver fruit upon silver trees.”

Murph put his hand on the boy’s shoulder and squeezed gently.  “Hey, Mick, you’re okay. Save that poem for home. Come on now.  Just you and Boxcar. Like always. Focus on that glove. Nothing else. Toss that apple right to the glove. Just like you used to do for Oscar. Right to the target. Can you do that for me?”

Maybe it was his manager’s touch, and the way Murph’s urgency flowed through his fingers and into Mickey’s body like some electrical charge. Or maybe it was the mere mention of the name Oscar, said out loud, that made the difference. Maybe it was both. Whatever it was, the boy began to free himself slowly from the demon that had seized him. He blinked several times, as if cleaning the lens to his mind’s eye, and stopped his recitation of the poem.

“Oscar didn’t like Lefty, Murph,” he said. “No sir. Mickey don’t like him much either.” Murph grinned and shook his head. “Don’t sweat it, kid. Nobody here does.”

The Brewers took the field moments later, led by their ace and fan favorite, Mickey Tussler. The crowd was bristling with an untamed enthusiasm, waving placards professing their unconditional love for the “Baby Bazooka” and chanting his name. In the wake of his superhuman exploits on the field, and all of the misfortune and injustice that had befallen him elsewhere, Mickey had become a cult hero of sorts. 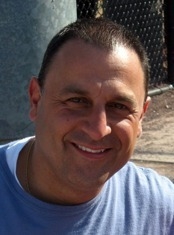 Frank Nappi has taught high school English and Creative Writing for over twenty years. His debut novel, Echoes From The Infantry, received national attention, including MWSA's silver medal for outstanding fiction. His follow-up novel, The Legend of Mickey Tussler, garnered rave reviews as well, including a movie adaptation of the touching story "A Mile in His Shoes" starring Dean Cain and Luke Schroder. Frank continues to produce quality work, including Sophomore Campaign, the intriguing sequel to the much heralded original story and the just released thriller, NOBODY HAS TO KNOW, which received an endorsement from #1 New York Times bestselling author Nelson DeMille. Frank is presently at work on a third installment of his Mickey Tussler series and his next thriller. He lives on Long Island with his wife Julia and their two sons, Nicholas and Anthony.
LINKS:
The Legend of Mickey Tussler/Sophomore Campaign book trailers:
http://youtu.be/dnE-DB_cpUc
http://youtu.be/mo8ec-UOjJA
Twitter: https://twitter.com/FrankNappi
author website http://www.franknappi.com/
author facebook https://www.facebook.com/authorfranknappi
author goodreads http://www.goodreads.com/author/show/589342.Frank_Nappi

Don't forget to leave a comment or question for Frank below to let him know you stopped by.  Frank will be awarding a $50 Amazon gift card to a randomly drawn commenter during the tour.  You can follow the tour here, the more often you comment, the better you rodds of winning.
Posted by Maria at Tuesday, April 23, 2013