Book Tour - How (Not) To Kiss A Toad by Elizabeth A. Reeves Welcome to my stop on Elizabeth A. Reeve's Book Tour for How (Not) To Kiss A Toad.  Please leave a comment or question for Elizabeth below to let her know you stopped by.  You can enter her tour wide giveaway by filling out the Rafflecopter form below.  My review for this book will go live tomorrow.

Guest Post - Elizabeth A. Reeves
What would you like your readers to take away from your book? *Warning this post contains some spoilers*
Most of my readers hold How (Not) to Kiss a Toad responsible for sudden cravings for decadent desserts and midnight ice cream binges. I have to admit that some of Cindy’s recipes have the same effect on me, and I supposedly created her.
Well, as much as any author ‘creates’ a character. I maintain that I am merely the channel to express Cindy and her ilk on the written page.
But there is (gasp) more to Cindy Eller than chocolate, chipotle, and ice cream.
How (Not) to Kiss a Toad is a pretty light-hearted book, but it does carry a message in it.
Cindy Eller’s big curse in life is her inability to have a normal relationship. One kiss and every single guy she has ever dated instantly turns into a real, slimy toad. She believes that this curse will be broken once she meets ‘Mr. Right’.
But Cindy, like so many of us carries her ‘curse’ within herself. Though she has believed that it is the men that are toady—their own actions and personalities being expressed in a very literal way-- she comes to realize it was more her perception of men that was the real problem.
As Stephan, her stepfather, says ‘Magic is our will imposing our beliefs of reality onto reality.’
The men Cindy was kissing weren’t toads. They were human—with human failings—but they did not deserve to be toads.
Only when Cindy is able to acknowledge her role in the curse is she able to figure out how to change herself and take control of her own destiny.
For her, it took meeting a man worth holding onto, even as a toad, before she realized the truth about herself.
Is this the ‘moral of the story’? I don’t know—you tell me. I believe it is the little nugget of truth that makes all good books believable. We’ve all had those epiphanies where we realize the common denominator in all of our failed relationships is actually us—that we are the ones carrying the baggage that is damaging us and that we, usually, have ascribed erroneously to our partners.
Not that Cindy is any more flawed than any of us are. She just has the ability to make her beliefs become concrete reality.
Even if my readers leave How (Not) to Kiss a Toad believing it to be a light, fun read with nothing more to it, I believe that I have been successful as a writer. After all, my primary goal as a writer is to entertain. If they find the mouthful of richness hidden in all the fluffy sweetness, then that’s just the icing on the chocolate chipotle cake. 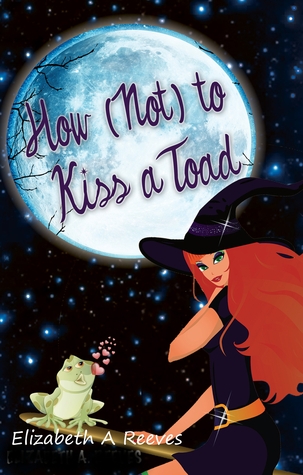 Title: How (Not) To Kiss a Toad

Cindy Eller is a baker and a witch-- the creator of magical desserts that send the senses reeling and highlight the unique flavors of her native Southwest. All isn't sweet in her life, however-- every man she has ever kissed has turned immediately into a real, live, disgusting toad. Cindy has long since given up on ever finding true love. She has decided that ice cream will be her only true love.

Enter Timothy Borden, handsome, a foodie, and with dimples that make Cindy's stomach get all knotted up inside of her. Could he be the one to break her curse?

Or does he have secrets of his own?

Closing the door of the house behind me, I tossed my purse on the couch and threw myself after it. I lay limply for a moment, wondering if I would ever have the energy to move again, then decided to get my-- oh, so stylish and oh, so painful-- shoes off before I cast off to drama land. If I was going to have a crisis, at least my feet wouldn’t hurt.

My roommate, Jessi, peeked her head around the door of the open freezer, a spoon dangling from her mouth. She looked me up and down, removed the spoon and quipped, “Prince Charming or Toad?”

I rolled my eyes at her. “Toad, of course.” I flopped back down, eyeing her spoon. “What do we have?”

She gave me another long look and disappeared back into the freezer. “I think you need Double Fudge Brownie Cookie Dough.”

I grinned. My roomie so got me. “Hand it over.”

She pitched it underhand and the pint came flying towards me, followed by a spoon. I dug into the rich decadence of the ice cream with a hopeful sigh. In my opinion, there were very few things in life that ice cream couldn’t fix.

As the first velvety icy mouthful slid down my throat, I let out a moan of pleasure, letting all the stress flow off of my shoulders.

SweetDreams Ice Cream had only been available in our grocery store for a few weeks and we were already hooked. It was so good I could even let a bad date roll off my shoulders.

“So...” Jessi flopped down beside me. I squinted at her pint. She was eating Chocolate Cherry Cocoa Bliss. I considered snatching it out of her hands and finishing it for her, but there was nothing wrong with me that ice cream was really going to fix.

“I’m so glad you think my personal life is so hilarious.” I said dryly.

He sure was. A giant, ugly, warty, slimy Colorado River Toad. He was nearly a pound of toxic waste done naturally.

In my limited experience the outside of the toad matched the inside of the man. Apparently I had just kissed a man whose insides were so gruesome that he was even more hideous than the average toad. Much as I hated bringing another toad home, I’d dodged a silver bullet on that one. If there was a perk to my personal hell, it was that I never dated a bad guy for long.

Not that I dated any guy for long.

I tried to remember why I had gone out with him in the first place, trying to ignore the huge ‘desperate’ sign that was blinking on and off like a huge neon sign in my brain. I sighed again. There had to be one good guy out there somewhere, right? One single someone who was not instant toad material.

“This is it,” I growled, licking my spoon clean. The ice cream was really good, insanely good even. “I’m done with men. I’m going to stick to ice cream.”

Jessi snorted. She’d heard it all before.

“I mean it this time,” I insisted. “I’m just going to focus on my work at the bakery and stop looking for a Prince Charming who obviously doesn’t exist.”

Tansy padded into the living room from her room, complete with pink halter top, baggy flowery pajama pants, and pink bunny slippers. Her light blond hair was gathered up in a rather messy looking ponytail. Her bangs were bound up in pin curls. Her eyes were slightly puffy. She looked like we had roused her up from a deep sleep. Even then she looked like the epitome of the angel next door. She held out her hand. “Ice me, baby.”

Jessi bounced up from the couch with far too much energy for that time of night. I shook my head as she disappeared back into the freezer. Just watching her exhausted me.

“Let’s see,” she said thoughtfully. “I think White Chocolate Strawberry Fantasy should do the trick.”

Jessi was quickly becoming our ice cream therapist. Not that you could ever go wrong with Tansy and pink. Even her car, an old ‘Bug’, was painted a brilliant pink.

Tansy held out her hand and was soon deep in her pint. “This is so good,” she said, around a spoonful. She paused, spoon in the air, as she regarded me.

I cringed, knowing what was coming.

“Ha ha.” I searched in vain for another spoonful of fudgy bliss in my empty pint and sighed. “You guys enjoy my misery way too much.”
“Well, at least you’ll know Prince Charming when he comes around,” Tansy pointed out. “We just have to muddle through like everyone else.”

“We think I’ll know the right guy when he comes around. We don’t know for a fact. It may just be that I’ll be kissing toads until I’m ninety.”

It didn’t seem fair. I wasn’t flat out gorgeous like Jessi or even girl-next-door cute like Tansy, but I wasn’t exactly Hagsville either. Why I was stuck kissing toads instead of having a normal relationship, I didn’t know.

“We know,” my roommates chorused. They’d heard it all before. Many times. 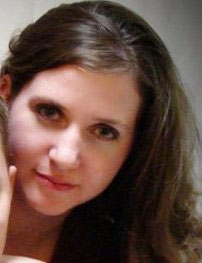 Legend has it that Elizabeth A Reeves was born with a book in her hands and immediately requested a pony. Though this story is questionable, it is true that books and horses have been consistent themes in her life. Born in Massachusetts, she was quickly transplanted to Arizona by a professor father and creativity-driven mother, who is the one responsible for saying "If you can't find a book that you want to read, write a book you want to read."

In her spare time, she likes to knit, weave, hatch chickens, and chase after her husband and four sons. 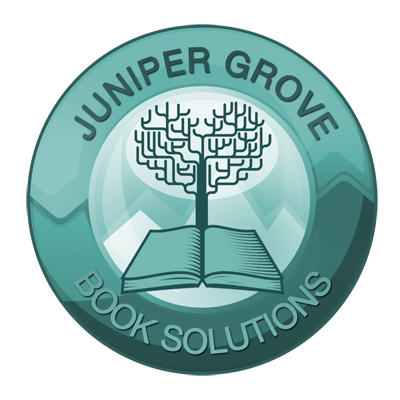 There is a tour wide giveaway. Prizes include the following:

Giveaway is International. Kindle copies will be gifted directly through Amazon.com so you must be able to accept them to win.

a Rafflecopter giveaway
Posted by Maria at Wednesday, April 17, 2013