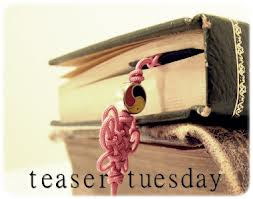 This week my TT is from Eagle of Seneca by Corrina Lawson:


She put her hands on the rail and jumped. The drop was only a few feet and the landing on the sand was soft. She turned back and saw that Ceti was still watching her.

About Eagle of Seneca by Corrina Lawson

Born under a comet, Sky of the Lenape Wolf Clan tries to live up to the destiny prophesied for her, but so far she can't understand what the gods want. When Ceti, an engineer from the Roman colony of Mannahatta, literally falls at her feet, Sky sees this as a sign and claims him.

Ceti is charged with protecting Mannahatta from an invasion. The Emperor has sent his Imperial Fleet to bring the breakaway colony back under his control, and Ceti sees a new test glider as the key to victory--until it crashes and forever changes his fate.

Love may be enough for Ceti and Sky to overcome their personal differences. But forging their two peoples into a force to fight the Imperial Fleet means risking all, including their hearts. Will it be enough?

PLEASE LEAVE A COMMENT with either the link to your own Teaser Tuesdays post, or share your ‘teasers’ in a comment here (if you don’t have a blog). Thanks!
Posted by Maria at Tuesday, April 02, 2013