Virtual Tour & #Giveaway for Distracting the Duke by Elizabeth Keysian

Welcome to my stop on the Virtual Tour, presented by IndieSage PR, for Distracting the Duke by Elizabeth Keysian.  Please leave a comment or question for Elizabeth to let her know you stopped by.  You may enter her tour wide giveaway by filling out the Rafflecopter form below.  You may follow all of the stops on the tour by clicking on the banner above.  The more stops you visit, the better your odds of winning.  Good Luck! 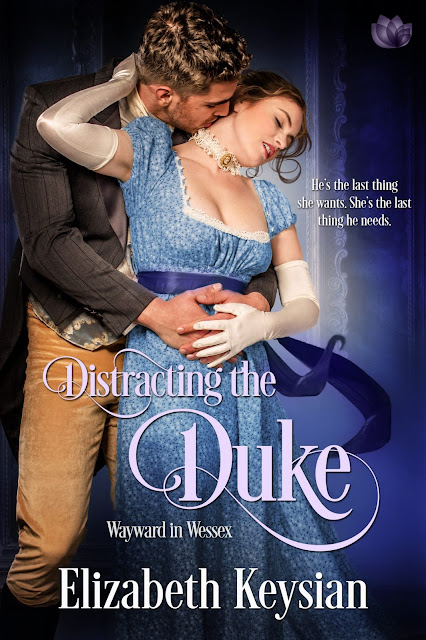 Determined to avoid the strife-filled marriage of his parents, Marcus, the Duke of Ulvercombe, wants an amenable, biddable wife, and has set his cap for a certain pretty miss. Unfortunately, her vastly opinionated, frustrating, and lamentably beautiful guardian, Lady Clara Tinniswood, keeps distracting him, tempting him to consider a far more tempestuous—and passionate—union.

Recently widowed Lady Clara Tinniswood wants only to organize a quiet new life for herself, beyond the control of any man. But one shockingly unguarded moment while confronted by Marcus’s gloriously naked body catapults her headlong into a forbidden passion and threatens to undermine all her well-laid plans.

Even if Marcus abandons his sweet ideal and surrenders to his growing desire for Clara, there’s one unalterable issue which could destroy their hopes forever…

Clara crept softly across the carpet of pine needles until she came to where a rivulet split the dunes on its way down to the sea, and halted. She caught sight of Ulvercombe standing at the water's edge with his back to her, hands on his hips.

She stepped aside swiftly, her heart beating hard. She would have to hide behind one of the dunes to avoid being seen, if he should turn round. Fortunately, the tide was still some way out and he was thus a considerable distance away, giving her time to make her escape if he spotted her.

Plucking off the old shawl she was wearing, she spread it over the grass-matted dune, then lay down on her stomach so only her head—with the telescope pressed to her eye—might be seen. Hopefully, with the waving sea grasses fanning across in front of her, she was well-hidden from any casual observer.

Eventually, she managed to locate Ulvercombe with the glass, and when she did her mouth dropped open in shock. In the time she'd taken to settle herself, he'd stripped off boots, stockings, jacket, and breeches, and now stood in nothing but his shirt, looking out to sea.

Clearly, the man had every expectation of being alone, and had no idea he was being covertly observed. It was early in the morning, it was his beach, his pine forest, his sand. She should back away and return to the house as quickly as possible.

A small attempt to move was made, but then he pulled his shirt over his head and she was transfixed.

The muscles rippled across his shoulders and she recalled, far too quickly, the feel of that hot body pressed against hers.

"Drat it!" The glass lens against her face had misted.

Crossly, she rubbed it with a corner of her shawl, and scanned the beach again until she found the duke.

Her breath hitched in her throat. "Sweet Lord in heaven..."

It was not the splendid symmetry of his body, nor the very pleasing curve of his buttocks, nor even the straightness and supple power of his legs that had elicited her exclamation of shock.

It was the scars.

She hadn't seen the backs of his thighs when he'd disrobed that day in his bedchamber. Now she could see them very clearly, and she could also see a complex pattern of pale, crisscross lines etched across the skin. They were scars, surely?

Had he received them in battle or in some horrible accident? Had he been taken prisoner and tortured by the French? Maybe he'd been involved in a fire and something hot had branded him thus.

The chance to observe the marks more closely was abruptly removed as the duke, who had been walking straight out into the waves, suddenly dove in with a splash and began swimming out to sea with deft, powerful strokes.

She shuddered. The water must be absolutely freezing. How could he stand it?

"Good morning, Lady Tinniswood. A very fine one, is it not?" 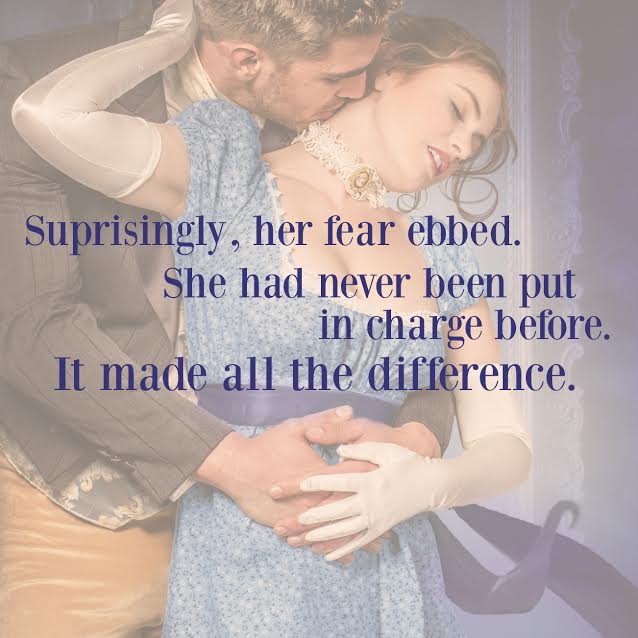 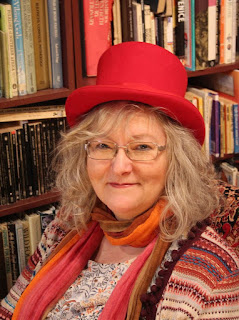 Elizabeth Keysian felt destined to write historical romance due to her Cornish descent, and an ancestral connection to the Norse god Odin. Being an only child gave her plenty of time to read, create imaginary worlds, produce her own comics, and write sketches and a deplorably bad musical for an amateur dramatics group.

Three decades spent working in museums and archaeology fired Elizabeth’s urge to write, as did living on a Knights Templar estate, with a garage full of skeletons, a resident ghost and a moat teeming with newts. Elizabeth lives near Bath in England with her partner and cats. 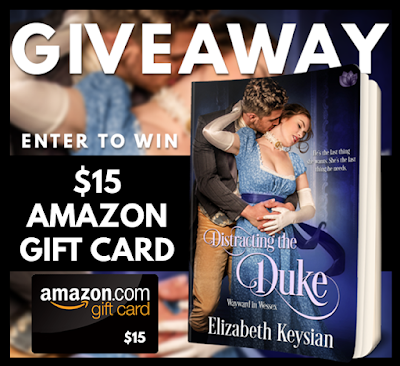