Spotlight Tour & #Giveaway for Her Leading Man by Maggie Dallen

Welcome to my stop on the Spotlight Tour, presented by Goddess Fish Promotions, for Her Leading Man by Maggie Dallen.  Please leave a comment or question for Maggie to let her know you stopped by.  You may enter the tour wide giveaway, where one (1) randomly chosen commenter will be awarded a digital copy of each book on tour, by filling out the Rafflecopter form below.  You may follow all of the stops on the tour by clickign on the banner abgove.  The more stops you visit, the better your odds of winning.  Good Luck! 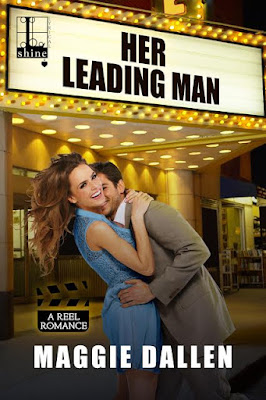 Her Leading Man
By Maggie Dallen
A Reel Romance, Book 1

An avid knitter and manager of a yarn store in New York City, Caitlyn finds herself at loose ends after getting dumped by her long-time, live-in boyfriend. What better way to move on then to find a man like the old-school movie stars that she dreams about? But her first attempt at online dating is a disaster. Especially when the date turns out to be the new renter of a room in her apartment.

Wall Street powerhouse Ben needs a place to crash while his condo is being renovated. Love is the last thing on his mind since he’s just getting over a breakup. But he can’t resist a challenge, especially one like his prim and proper new roommate. A do-gooder with a heart of gold, Caitlyn is spearheading a fight to save an old theater, while Ben is working for the developer trying to tear it down. Sparks will fly, but they may not be enough to ignite big-screen romance . . .

Ben was living his worst nightmare. His worst fear come true—he’d gone and hurt Caitlyn, the one person he never wanted to see in pain.

But she was standing before him now and pain was clearly written all over her pretty features. He’d done that. Way to go, asshole.

She was waiting for him to say something. Anything. But for the life of him, he couldn’t think of anything to say. Nothing sounded right. His brain had temporarily shut down along with the rest of his body, and he stood there in the center of the kitchen like he was shell-shocked.

The L-word. She’d used the L-word. That was all he could think, over and over, as the paralysis spread. Why would she do that? They weren’t supposed to feel anything for one another. Friendship, maybe, but not this. And why the hell would she want a relationship with him?

Because she loves you.

No, because she thinks this is love. Could she really not see how wrong he was for her? She couldn’t have forgotten about their first date, not to mention all the other times he’d managed to drive her insane over the past few weeks.

He didn’t do real relationships. Not with her, not with anyone. She knew that. Or he’d thought she’d known that. It was obvious. They’d spelled out the rules.

A groan escaped his frozen chest, and he saw Caitlyn flinch as though he’d struck her. Gregory was right; she was too naïve and too sweet for this kind of relationship. He should have known she would read more into it than was there. She was a woman who screamed commitment and destiny, not fuck buddy and short-lived fling.

Of course she would confuse intimacy with emotions. And that’s all this was. It explained his own confusion, too—why he was so confused over what should be a simple business deal. Why he was jealous of Mr. Perfect tonight. They’d both let themselves get carried away. But he at least knew the difference between this short-term connection and the type of relationship that Caitlyn wanted and deserved.

He would destroy her in the long run. How could she not see that?

This was his fault. He should have seen this coming. He should have listened to Gregory and put a stop to it earlier. Hell, he shouldn’t have started anything in the first place.  But none of that mattered now. It was too late to turn back the clock and do the right thing. He had to make the best of the situation. Caitlyn was still staring at him with impossibly wide eyes, tears threatening to spill.

He couldn’t think of any way to make this right. What would Gregory do? Oh hell, what would Cary Grant do? They would never have gotten themselves into this situation. He was on his own. 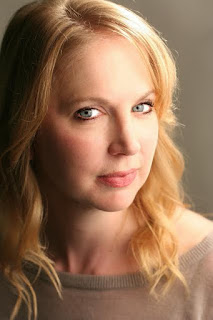 Maggie Dallen is a huge fan of happily-ever-afters. She writes contemporary and YA romance and has been known to rewrite the endings to classic love stories to ensure that they end on a happy note. In Maggie's version, Ingrid Bergman does not get on the plane. She lives in Northern California and works at a yarn store to support her knitting addiction.

a Rafflecopter giveaway
Posted by Maria at Friday, February 24, 2017