Welcome to my stop on the Blurb Blitz Tour, presented by Goddess Fish Promotions, for First Comes Desire by Tina Donahue and I Wanna Be Loved By You by Heather Hiestand.  Please leave a comment or question for Tina and/or Heather to let them know you stopped by.  You may enter their tour wide giveaway, where one (1) randomly drawn commenter will be awarded a digital copy of each book, by filling out the Rafflecopter form below.  You may follow all of the stops on the tour by clicking on the banner above, the more stops you visit, the better your odds of winning.  Good Luck! 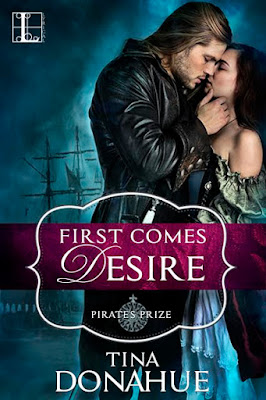 On a lush, secluded island, one passionate adventure leads to another….

Diana Fletcher means business. The beautiful, innocent, reverend’s daughter has traveled all the way to a tropical island off Madagascar on a mission: To find her brother—and to punish the man who drove him to a life of piracy. But when she comes face to face with the enemy in question, the handsome, powerfully seductive man is not at all what Diana expected…

Tristan Kent never intended to harm Diana’s brother. A man of humble origins, Tristan claims he tried to save him from another ruthless captain. Diana is desperate to believe he is telling the truth…and that the intoxicating desire that escalates between them is true as well. But can she trust him? Or is Tristan’s story—and his heart—nothing more than fool’s gold? Amid the haze of sensual delights and soaring ecstasy Tristan has in store for her, all will be revealed…

Tristan’s composure rattled Diana, his demeanor at odds with what she’d heard about him being a ruthless pirate. For nearly a year, she’d pursued him. Upon capture, she’d expected him to curse her and struggle fruitlessly against her men while she watched with great satisfaction. Instead, he’d smiled. He also seemed to care about Peter.

Impossible. No matter Tristan’s dignified manner or him claiming innocence, he was still a pirate, Welsh in the bargain, and strangely enough, liked to read. His book lay forgotten on the sand, its title embossed in gold on the cover. Homer’s Iliad, a classic far above what common folks would enjoy.

Her confusion grew. He was more than he should be, as tall and athletic as a young noble, clean too, hair and face washed, his crimson waistcoat, dark breeches, and white shirt well cared for. Moist wind separated the linen to bare his muscular chest. Perspiration glistened within those crisp curls. They begged for a woman’s touch, and later him pleasuring and protecting her in his strong embrace.

Something stirred within Diana. She pushed her foolish reaction away and met him eye-to-eye, wanting to see the devil.

He waited patiently for her next move, searching her gaze, puzzling her further.

He was an undeniably handsome man. Blond hair fell in thick waves over his forehead, and curled around his ears and on his neck. Firelight turned his bronze skin a deeper gold. Only his eyebrows were dark, same as the stubble on his upper lip, chin, and cheeks.

Her belly clenched. She needed him to be afraid, not playful or aroused, to know the suffering he’d caused. When he’d taken the merchant ship Peter served on, he’d nearly ruined her brother’s life and surely destroyed hers. It was heartache enough to have Peter foolishly run away to sea as if it were a game. Tristan’s actions had forced Peter into piracy and put the child at even greater risk. Boys younger than him had gone to the gallows for crimes that were serious or not.

Helpless with outrage, she lifted her hand to strike Tristan.

He didn’t curse or try to defend himself from her coming blow. 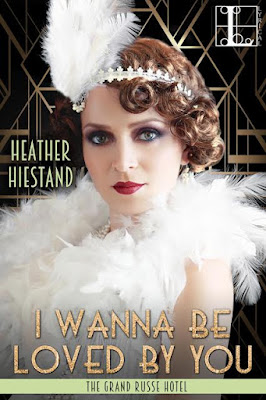 I Wanna Be Loved By You
By Heather Hiestand
The Grande Russe Hotel, Book 2

For a young woman swept into international adventure, romance can’t be far behind…

The 1920s are in full swing when Sadie Loudon leaves her grandfather’s stodgy vicarage, and she dreams of the glamour and excitement she’s seen on the silver screen. But before she even begins work at the storied Grand Russe Hotel, she is ushered into London’s glittering nightlife by a handsome young businessman intent on introducing her to the pleasures available to a Bright Young Thing. Is it a fleeting romance…or something even more intriguing?

Les Drake is on the lookout for Bolsheviks when he encounters sweet, sexy Sadie. A British Secret Intelligence agent, Les has more experience with the seedy underside of the city than with innocent chambermaids, but he can’t deny that Sadie tempts him. Using her as part of his cover seems like a brilliant plan until the danger of his assignment threatens what has suddenly become a love he can’t bear to lose…

Les glanced between the two women. His gut told him that they were not compatible. Sadie was too fresh and uneducated to appeal to this cosmopolitan refugee. Not like the young wife from Acton who was desperate for a friend. When Glass had given him orders he hadn’t accounted for Sadie’s youth. She was only a chambermaid, after all.

“What time is the rally?” he asked Semyon in Russian.

He responded in kind. “In an hour. Will I see you there?”

Les nodded. “I need to pay a couple of sales calls on bookshops here and then we will go to the docks. Will your wife come along?”

Semyon nodded and took his own bowl of soup off the tray. “She is very political.”

“Mrs. Rake is not educated in these matters.” Les spooned up the last couple bites of his borsht. There likely wouldn’t be time for food later.

“She’ll learn,” Semyon said. “What is her background?”

“English through and through, right?”

Les nodded and put his and Sadie’s bowls on Semyon’s tray, then poured overbrewed tea from the pot into his empty cup.

“Why did you marry her? Money?”

Les was glad they were still speaking in Russian. He let his gaze peruse the length of the skinny brown bow detail on Sadie’s cream dress. The ribbon slid down her chest between her breasts, revealing

their buoyant shape underneath the thin fabric. He glanced back at Semyon, who smirked.

“A young man must have his pleasures,” Semyon said.

“Your wife is very beautiful,” Les told him. Sadie’s eyes went to him. The color matched the stormy sea now. He realized he had missed an exchange between her and Irina Kozyrev. When he glanced next to him he saw Irina was putting the nesting doll together, then, when at last the matryoshka was back together, she put the doll into the gift box and placed the lid on top, then slid it into her handbag.

Shocked, he let his hurt show as he moved his gaze back to Sadie.

She shook her head slightly, as if warning him of danger. Next to her, Semyon was devouring his soup. Sadie pushed a plate of brown bread to him and he took a piece without looking up.

Les stared at his erstwhile wife. Had she given Irina the dolls because she was afraid of her, or was there some deeper game? What had the girl sensed about her role here? Irina set her handbag on her lap, her lips curving with genuine satisfaction. With a last look at Les, Sadie deliberately moved her attention to the other woman, smiling.

Sadie had done the unexpected and turned the assassin’s daughter into an ally, it seemed. 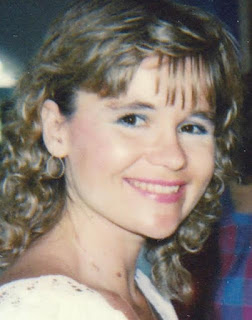 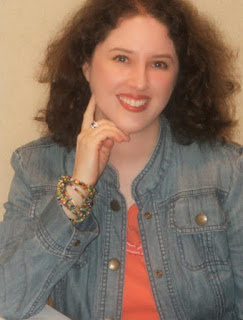 Heather Hiestand was born in Illinois but her family migrated west before she started school. Since then she has claimed Washington State as home, except for a few years in California. She wrote her first story at age seven and went on to major in creative writing at the University of Washington. Her first published fiction was a mystery short story, but since then it has been all about the many flavors of romance. Heather’s first published romance short story was set in the Victorian period and she continues to return, fascinated by the rapid changes of the nineteenth century. The author of many novels, novellas and short stories, she makes her home in a small town with her husband and son and supposedly works out of her tiny office, though she mostly writes in her easy chair in the living room.

a Rafflecopter giveaway
Posted by Maria at Wednesday, February 22, 2017