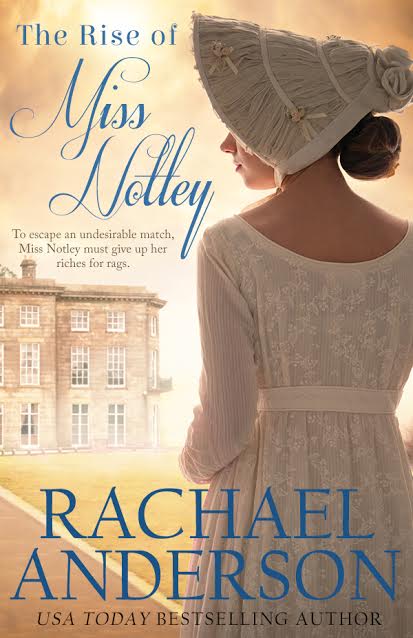 When Miss Coralynn Notley’s father barters her off to the first titled gentleman to come along, she realizes she must flee her home or be forced to wed a despicable man. Driven by desperation, she applies for the position of housekeeper at Tanglewood Manor, the home of the handsome Mr. Jonathan Ludlow.

The moment Jonathan sees Miss Notley, he is intrigued. She is far too young and inexperienced, yet there is something about her that that inspires a certain hope within him. Does he dare offer her the position of housekeeper or will doing so result in catastrophe?

Excerpt
Cora nodded and followed Mr. Ludlow into the parlor. He closed the doors and stood in front of them with his arms folded, looking far more intimidating than he had during their last meeting. He said nothing, merely lifted an inquiring eyebrow and waited.

Caught unprepared, Cora stared at him, trying to organize her thoughts into words. After a few moments of awkward silence, he lost patience. “What is it you wished to speak with me about, Mrs. Notley? Or are we to stand here staring at each other all afternoon?”

Not knowing how else to begin, Cora blurted, “Why have you hired me, sir?”
He blinked a few times before frowning. “I believe I have made that perfectly clear. You are to be the housekeeper, are you not?”

This was going to be more difficult than she had imagined. “Yes, of course, but there has been some talk about, or rather concerns expressed . . .” How did one put this delicately?

“About . . .?” he prodded, obviously not thrilled that his morning regime had been waylaid.

“About the reasons I have been offered the position,” she quickly said, hoping that would be enough to make him understand her meaning.

Unfortunately, his brows drew together in confusion. “What are you saying, Mrs. Notley? I have hired you to do certain duties that will hopefully make my household run more smoothly. What other reason could I possibly have for offering you the position?”

“You have hired me to do a job I am untrained to do,” she said. “While I am grateful for the opportunity, I also find it necessary to clarify that I have come here to be a housekeeper and only a housekeeper. Even though I am young and . . .” Her voice drifted off. Had she almost referred to herself as pretty? Goodness, this was proving to be very awkward indeed.

“Beautiful?” he finally guessed, not looking at all pleased with the direction the conversation was taking.

“I was going to say not repulsive,” she fibbed.

“Very well,” he said. “Even though you are young and not repulsive . . .” He moved his hand in a circular gesture, urging her to finish her thought.

Cora straightened her shoulders and forced herself to continue. “I am not the sort of girl who would ever . . . fraternize with her employer.” Her face infused with heat, but she forced her gaze to remain steady.

“I see.” He walked slowly towards her, rubbing his chin with his hand. A few steps away, he stopped and eyed her quizzically. “Have I made any improper advances towards you?”

“Have I spoken to you in an unprofessional manner?”

“Have I looked at you in a way that has made you feel uncomfortable?”

“No.” Cora suddenly wished she had not felt the need to clarify anything. He made her feel as though she had put the cart before the horse when what she had been trying to do was see that the cart and horse simply stayed in their proper places. Was that so wrong?

“Might I ask who, exactly, has led you to believe that I am the sort of man capable of—how did you put it? Fraternizing with my help?”

“I, er, would rather not say, sir.” Though Cora felt no loyalty towards Sally, she refused to bring Mr. and Mrs. Shepherd’s names into the conversation. “I did not mean to besmirch your name or cause any offense, Mr. Ludlow. I merely wanted to make my feelings on the matter clear.”

“Good.” Cora dropped into a quick curtsy, anxious to get away. “I shall go and find Watts now.”

She was almost to the door when his voice stopped her.
“Once again, you are attempting to scuttle away before we have completed our conversation.”

Slowly, she turned around and lifted her eyes to his. “I never scuttle, sir.”
“What would you call that rapid walk of yours?” 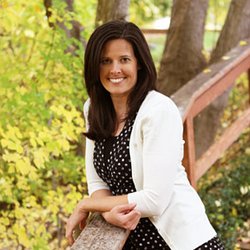 About the Author:
A USA Today bestselling author, Rachael Anderson is the mother of four and is pretty good at breaking up fights, or at least sending guilty parties to their rooms. She can’t sing, doesn’t dance, and despises tragedies. But she recently figured out how yeast works and can now make homemade bread, which she is really good at eating.

a Rafflecopter giveaway
Posted by Maria at Tuesday, February 21, 2017