Welcome to my stop on The Corpse With the Emerald Thumb by Cathy Ace Virtual Book Tour, presented by Great Escapes Virtual Book Tours.  Please leave a comment or question for Ms. Ace to let her know you stopped by.  You can follow the rest of her tour here, there are 5 tour stops with a giveaway.

COZY UP FOR A TRADITIONAL, CLOSED-CIRCLE, CLASSIC-STYLE MYSTERY BY CATHY ACE

We like to give things names, we humans. The idea of labelling is familiar to all of us. It can be very useful, as in the case of being able to differentiate a container of salt from one of strychnine, for example. But sometimes it can become a problem.

Take, for example, the label “Cozy Mystery”. What it means to some, it does not mean to others. How does a “Cozy Mystery” differ from a “Traditional Mystery”? What about a “Classic Mystery”? Does “Classic” mean it was written a long time ago, or has a pre-1960s setting? Do any or all of these mean there’s always a sleuth, a village setting, and a denouement where everyone gathers together and each is accused of the crime, then cleared, until the culprit is named? Do any of these terms imply that a murder must take place?

It’s a tricky subject, and one about which most people have their opinion. We’re all entitled to them, of course, but, sometimes, it seems to me that we get ourselves in a bit of a pickle!

For example, if someone asks me what sort of books I write I usually use some form of the following explanation: “I write closed-circle mysteries, without any foul language, sex on the page, or gratuitous violence. My protagonist is a sleuth, but she’s also a criminal psychologist, so she’s not exactly an amateur. I enjoy the classic Agatha Christie style of everyone/no one could have done it, everyone/no one wanted to do it, everyone in the closed circle—which might be one room, one family, one household, one town, or a group of people who are connected, but spread across a huge expanse of geography—is suspected, and my protagonist uses her brain-power and understanding of human nature to deduce and induce the solution to a complex puzzle, or set of puzzles.” Try getting that into a Tweet! It’s not possible.

So “Cozy” or “Traditional” are the usual go-to labels we authors are stuck with. During a recent discussion at Left Coast Crime the idea that authors try to invent a new label was floated: #cozynoir was all the rage for a few moments. You see, over the years, some “Cozy” rules have developed, things like no animals or children should be hurt or killed, there should be no serial killers, no sex, a developing relationship with a place and its inhabitants—or at least recurring characters—is to be expected, and so on. Most are pretty easy to stick to—but aren’t rules there to be broken? Or at least stretched?

Back in The Golden Age there were rules. The wonderful Ms. Christie worked with the Detection Club to write most of them . . . then she wrote books that broke every single one! And we all forgave her. Eventually. Though some never did read another Christie book after The Murder of Roger Ackroyd. A great shame—for them. So, yes, I do “stick to the rules”, but, because we all know them, and expect a certain type of book to be a certain type of shape, I like to play with them, bend them, stretch them, and hope they don’t break.

I want my recurring characters to have a life between my books. They deserve it, given all they have to put up with during their adventures. That means I can concentrate on how they interact under pressure. In THE CORPSE WITH THE EMERALD THUMB Cait finds herself all alone, having to try to clear Bud of a murder she knows he did not commit—in Mexico. It’s a fraught time, so I don’t think she would be running around throwing out dozens of merry quips—though she does find time to complain, acidly, about the food, taste a fair amount of tequila, and begin to understand how Alice felt when she fell down the rabbit hole . . . so, although she’s fighting the clock, she still manages to entertain, I hope.

In the end, I think that reading a little of a book can help you understand if you’re going to enjoy that type of book—however it might be labelled. So, happy reading folks. Don’t be afraid to sample books, see what pleases you, then dive in and try something new. The label might be too simple to communicate the complexities of the book, so give something new a try? 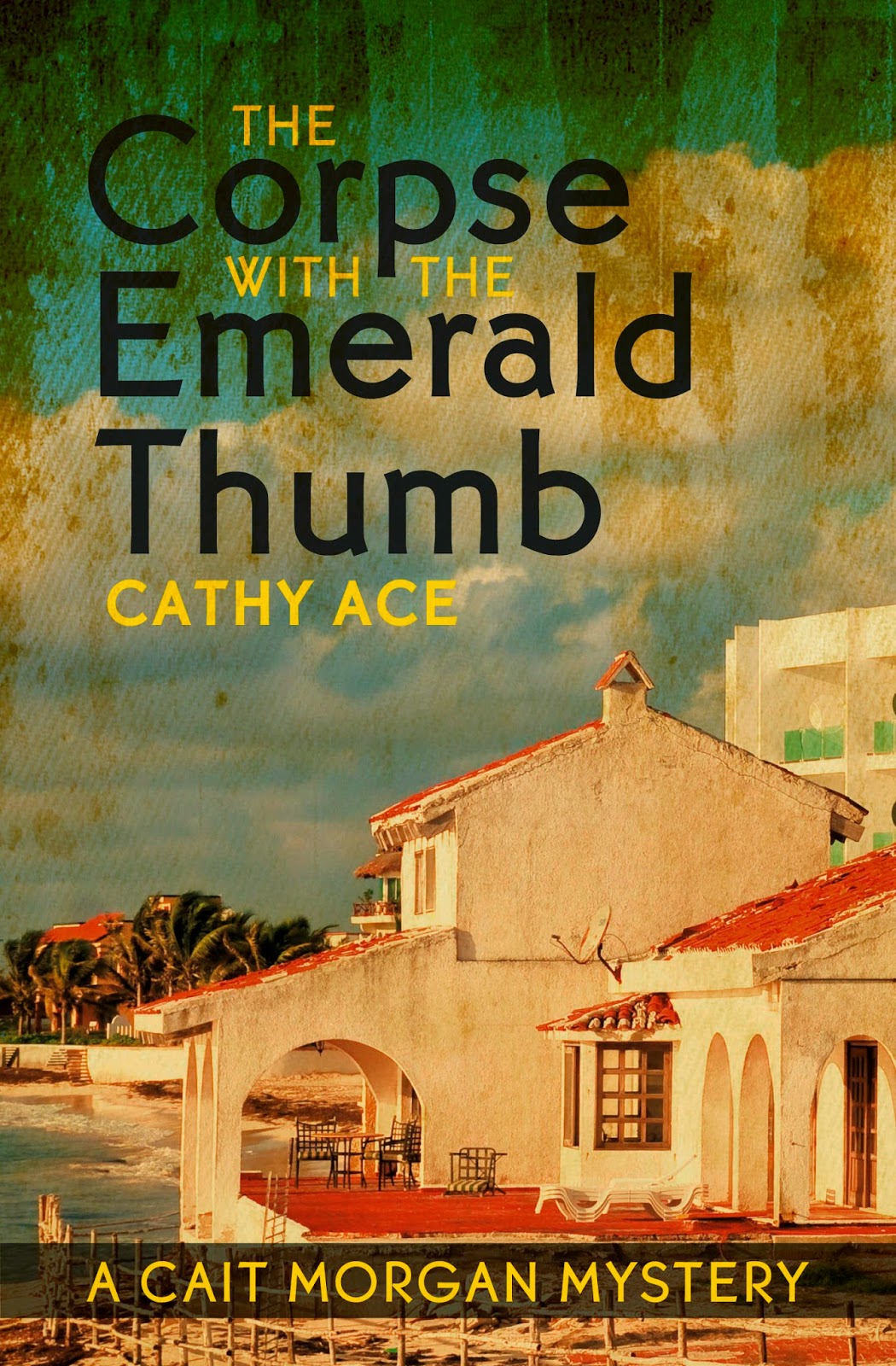 The Corpse with the Emerald Thumb
By Cathy Ace
Cait Morgan Mystery, Book 3

Criminologist and foodie Cait Morgan was looking forward to her dream vacation in Mexico with her boyfriend Bud Anderson. She wasn’t anticipating a fresh corpse on the floor of a local florist’s shop, and she definitely wasn’t expecting Bud to become the prime suspect.

With Bud’s freedom, and maybe even his life, at stake, Cait has to fight the clock to work out which member of the small community living in the seemingly idyllic municipality of Punta de las Rocas might have killed the locally respected florist, and why. Needing to investigate under the watchful gaze of the local police, Cait has to keep her relationship with Bud a secret, and she soon discovers she’s not the only one with something to hide. Peeling back layers of deceit to reveal even more puzzles, Cait struggles with a creeping sense of unreality, desperate to save Bud . . . and, ultimately, herself.

In the third book in the beloved Cait Morgan Mysteries, The Corpse with the Emerald Thumb,travel to the idyllic Mexican countryside as Cait Morgan works against the clock to clear her wrongly accused partner of murder. 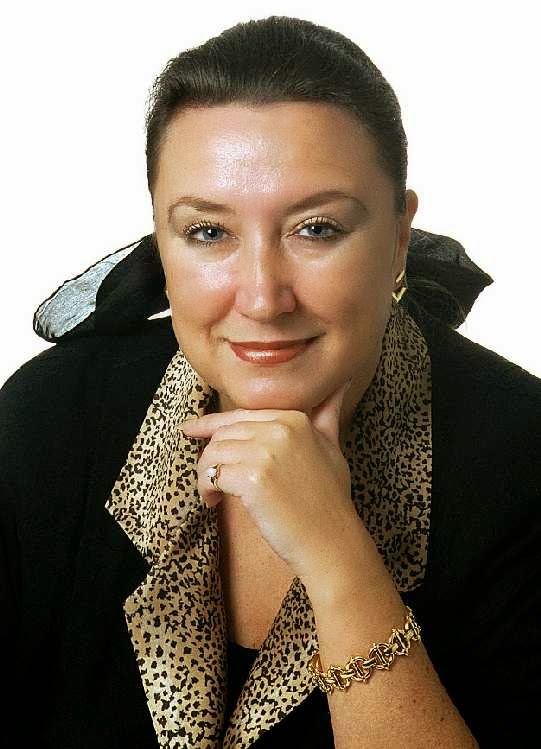 About This Author
Welsh Canadian mystery author Cathy Ace is the creator of the Cait Morgan Mysteries, which include The Corpse with the Silver Tongue, The Corpse with the Golden Nose, and The Corpse with the Emerald Thumb. Born, raised, and educated in Wales, Cathy enjoyed a successful career in marketing and training across Europe, before immigrating to Vancouver, Canada, where she taught on MBA and undergraduate marketing programs at various universities.

Her eclectic tastes in art, music, food, and drink have been developed during her decades of extensive travel, which she continues whenever possible. Now a full-time author, Cathy’s short stories have appeared in multiple anthologies, as well as on BBC Radio 4. She and her husband are keen gardeners, who enjoy being helped out around their acreage by their green-pawed Labradors. 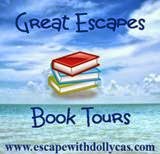