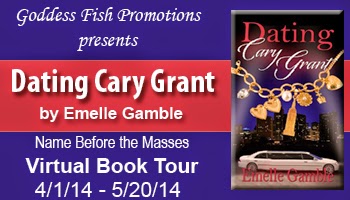 Welcome to my stop on the Goddess Fish Virtual Book Tour for Dating Cary Grant by Emelle Gamble.  Please leave a comment or question for Ms. Gamble below to let her know you stopped by, she will be awarding a $50 Amazon GC to a randomly drawn commenter during this tour and the Reviews Tour. A digital copy of DatingCary Grant will also be awarded to 5 randomly drawn commenters during this tour and the Reviews Tour. You can enter her giveaways by filling out the Rafflecopter form below.  You can also follow the rest of the tour here, the more stops you visit, the better your odds of winning.  My review will post separately. 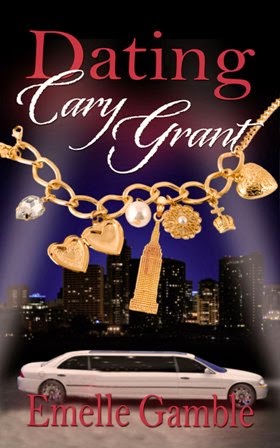 Mike Connor, her estranged husband, a small town Mayor who loves his wife but doesn’t seem to have enough time to see her.

The handsome stranger, Philip Adams, who lives downstairs from the small sublet Tracy has temporarily moved into. He’s charming, funny and looks a lot like her very favorite screen icon, Cary Grant.

Dating Cary Grant is a romance all about New York City career woman Tracy Connor struggling with real issues with her real guy, her husband of six years, Mayor Mike Connor of Cukor, Connecticut. Tracy is a smart woman, but some of her problems with relationships are partially caused by her unrealistic expectations that real guys should – and can - behave like matinee idols. Mike’s problems are also caused by the fact that he’s such a great guy and overextends his heart, and his appointment calendar, to every constituent, friend or stray animal who crosses his path.

Tracy is also being stressed by a TV reality show intent on showcasing Tracy and Mike’s personal life, as well as the imminent takeover of her employer, a small, private television station, by a billionaire with unlimited funds and no taste.

Dating Cary Grant considers just how selfless a man needs to be to meet his wife’s expectations, and just how honest a woman must be with herself about what she’s willing to give, and give-up. And Cary Grant is along to help prove that any woman’s search for ‘Mr. Perfect ‘ might take her to a surprising place to find him.

Her husband rested his big hands on the door. “Look, can I just come in for a few minutes?”

Tracy stared at him and realized Mike was nervous.

She had never, ever, seen her husband nervous, in any situation, in all the time she’d known him. He was an experienced attorney as well as a public official, a man naturally at ease with people, all people, even people pissed off because their property tax bill went up or angry because the jury ruled against them. People didn’t make Mike Conner nervous.

He listened, shook hands, and proceeded to logically explain how he was going to fix everything, no problem.

He had never even seemed stressed when they met with the marriage counselor, she thought. But at this minute, Mike Connor was nervous.

She lowered her voice. “It’s the middle of the night, Mike. Please.”

“I know what time it is.” His eyes studied her face, and then swept down her body with the force of a physical touch. “And I know you’ve got a headache, but let me say you look great. Really great. And you smell wonderful. Is that new perfume?”

“No. It’s the same perfume I always wear.” She watched as Mike’s eyes dropped to her cleavage and her face burned over the fact she had chosen this sweater with another man in mind.

Suddenly she visualized that other man, showing up with a bottle of aspirin. Though she hadn’t done anything wrong, nothing positive would come from Mayor Connor meeting Philip Adams outside her apartment door, of that she was sure.

“Mike, you really need to go.” She stepped across the doorway as if to encourage him to head for the stairs.

“Am I interrupting something?” He pointedly looked over her shoulder.

“No. Of course not. Not that it’s any of your business.”

“Yes, we are. But after everything we’ve been through the last couple of years, I’m a little surprised you’d insinuate something like that.”

Mike’s face paled.   “I wasn’t insinuating that. Look, just a few minutes, okay? I smell coffee. And I could sure use a cup.”

Tracy sent another glance down the stairs. “There’s a 24-hour deli a block over. You can stop and get some on the way back to your car. I’m not trying to be difficult, but I just need some sleep. I’ve got to go into work all day tomorrow, and Sunday I promised to meet Posey early in SoHo, so whatever you’ve got to say --”

“--I’ll buy you pancakes. You love pancakes. Even in the middle of the night, right?” He reached out and gave her arm a squeeze.

Her heart softened but her tone remained unchanged. “I’m not hungry, Mike. I’ll call tomorrow and we’ll set up a time where we can talk more. Please, just don’t push me.” 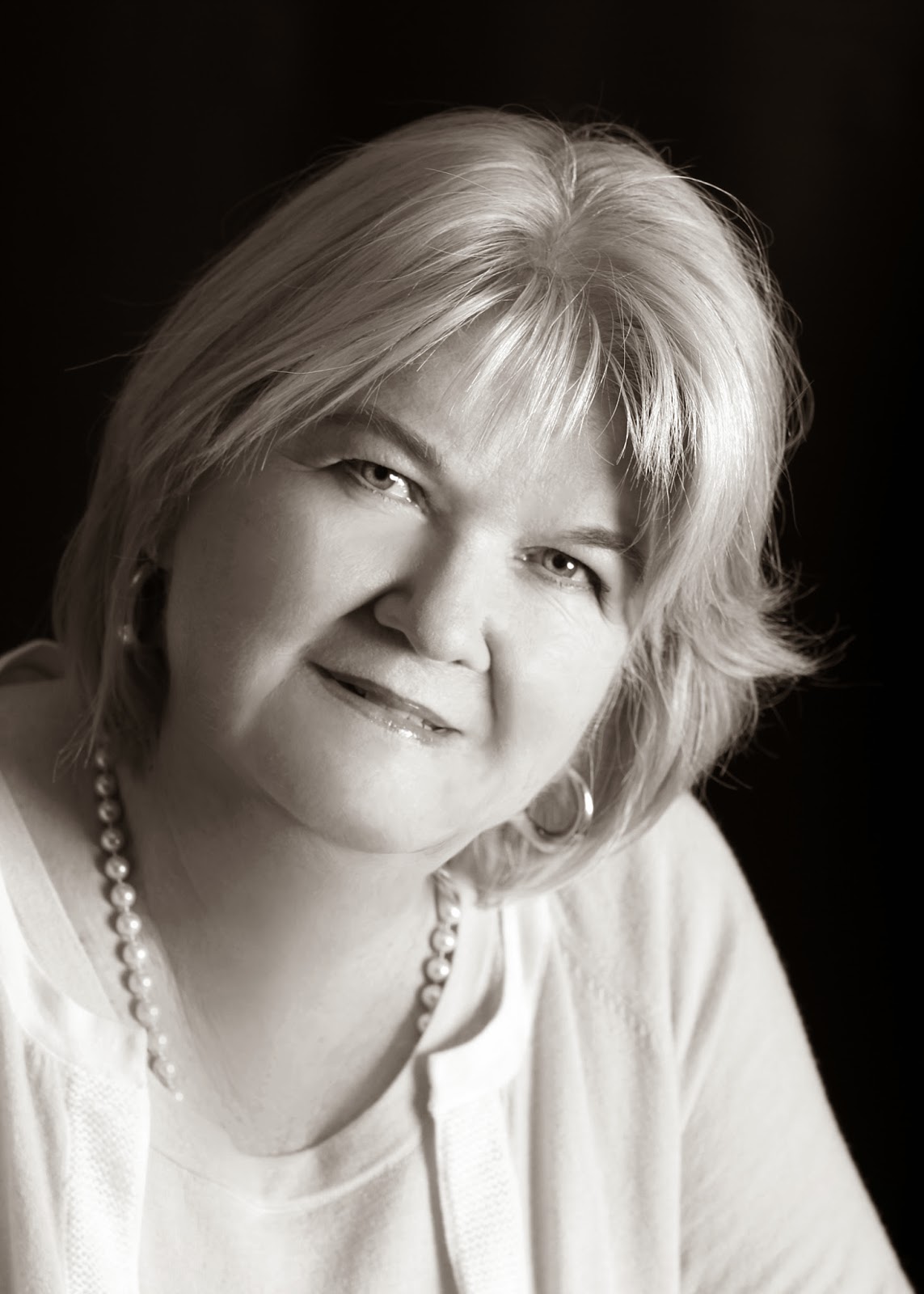 Emelle Gamble was a writer at an early age, bursting with the requisite childhood stories of introspection. These evolved into bad teen poetry and worse short stories. She took her first stab at full length fiction in an adult education writing class when her kids were in bed twenty years ago.  As M.L. Gamble, she published several romantic suspense novels with Harlequin.  Soul Mate Publishing  brought out  Secret Sister,  a paranormal women’s romantic fiction novel in the summer of 2013. This was followed by the novella, Duets, in November, 2013, and the follow on novel starring the characters from Duets, Molly Harper, in January, 2014.

Always intrigued by the words ‘what if’, Emelle’s books feature an ordinary woman confronted with an extraordinary situation.  She most enjoys reading stories that surprise and amaze her, and hopes her readers will enjoy the challenging and exciting journeys her characters take.

Emelle lives in suburban Washington D.C.  with her husband, Phil, her hero of thirty years,  and two orange cats, Lucy and Bella. These girls, like all good villains, have their reasons for misbehaving. Her daughter, Olivia, and son, Allen, are happily launched on their own and contributing great things to society, their mother’s fondest wish.

Once and Forever is now available on Amazon!    http://amzn.to/1h9fZWv

Duets, a novella, the prequel to Molly Harper,    http://amzn.to/1cagyNa

a Rafflecopter giveaway
Posted by Maria at Tuesday, May 06, 2014