Goddess Fish Blurb Blitz Tour & Giveaway for Against the Darkness by A.M. Griffin 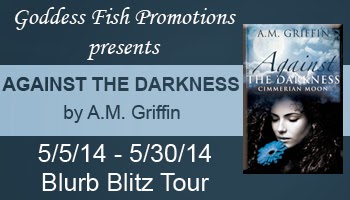 Welcome to my stop on the Goddess Fish Blurb Blitz Tour for Against the Darkness by A.M. Griffin.  Please leave a comment or question for Ms. Griffin to let her know you stopped by.  You can enter her tour wide giveaway by filling out the Raffflecopter form below.  You can also follow the rest of her tour here, the more stops you visit, the better your odds of winning. 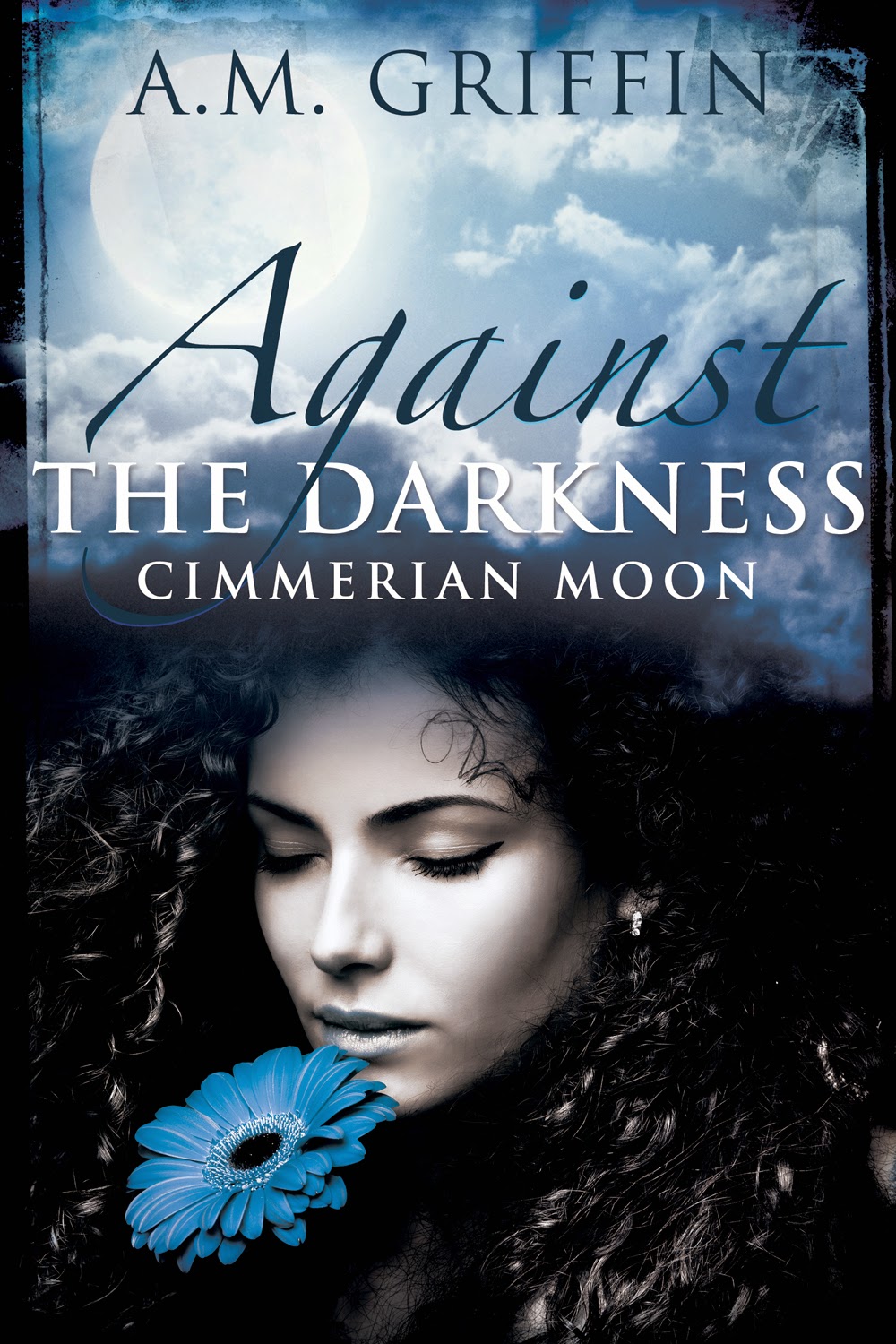 Against the Darkness
By A.M. Griffin
Cimmerian Moon, Book 1


Seventeen year old Sinta Allen has one objective, to get from Tallahassee, Florida to her mother in Ann Arbor, Michigan. Seems simple enough right? Wrong. Hostile aliens have invaded Earth—and it doesn’t take a rocket scientist to know that we’re losing the fight.

While the aliens bring devastation and destruction and take people away to God knows where in their spaceships, Sinta, along with some of her classmates must rely on their survival instincts, a little luck and each other if they want to survive the venture across the country. The last thing she needs is for Wade, her school friend and Jason, her rescuer, to distract her along the way.

It shouldn’t be a problem with just seven of us.

“It’s our best hope right now. That area has plenty of trees for cover. We can build shelter and blend in with the surroundings.”

I nod, affirming what Wade said. “It’ll be perfect.”

“We thought the last place was perfect,” Shayla mumbles.

There were forty people hiding in some woods by a residential area, I want to tell her. That’s not perfect. That was a disaster waiting to happen. I clench my jaw tight to stop myself from pointing out the obvious.

“What about food?” MJ asks. He puts up his empty hands. “When we left, we didn’t have time to get to anything, food or water. We had to leave everything, even our backpacks.”

Wade pulls his pack off his back and rummages through it. “I have a flashlight, four bottles of water, two sleeves of crackers, a lighter and Swiss army knife. Sin,” he says, looking over to me. “What do you have?”

I don’t have to pull my bag off to recite its contents. “Two bottles of water, one sleeve of crackers, four slices of bread and I have my knife tied to my sweats.”

“What did you bring?” I ask him, since he’s still being a smartass.

He glares at me before turning the other way.

We let him lead the way with Mia and I following close on his heels. Shayla and Ms. Burgess are at our backs and MJ and Ian are behind them.

We move silently through what used to be the residential areas. Everyone is on edge, watching out for aliens that could come out from behind trees or what used to be buildings or houses. We also keep peering up, watching for their ships.

Under the cover of night, we go through the few houses that don’t threaten to topple on us. We search for anything that will help us survive. We don’t find any more bottled water, but we are able to find a lot of canned goods and, luckily, an opener. We load what we can carry in three plastic bags. We don’t take so much that the bags will slow us down and only take what is needed.

By the time we get to the lake, its well into the night. We scout out the best possible spot, somewhere with trees thick enough to hide us. Once we find our hide-out, Wade directs us to gather all the wood we can find.

After watching him make a stick shelter that’s only two feet high, we set out to make our own. We each pick spots along the lake, under a tree, and position the openings so that we can see at least two other shelter entrances. We don’t talk about what happened—about how we think everyone else is dead. We hardly talk at all, besides to help each other find sticks and build the hobbit huts that we’ll live in for the next two days.

It’s past ten p.m. before we’re finally done and it’s so dark we can barely make out what’s around us. We’re tired, mentally and physically. There’s nothing left to do but to rest and think about all we’ve lost.

I crawl backward into my shelter. I won’t be able to sit up. I’ll hardly be able to turn around or shift my position. It’s long enough so that I can stretch out. I’m so short that my shelter won’t appear out of place against the bank of the lake. The guys had to make theirs shorter, and have to sleep curled up.

Once I’m fully inside, I glance over to Mia’s shelter. We made ours facing each other. I rest my face on my hands and she does the same, watching me too. I watch her until her eyes finally close for the night. When I’m sure that she’s sleep I roll over onto my side. This position is just as painful as lying on my stomach. Trying to get comfortable on the cold ground with only a few tufts of grass sprinkled in among rocks, dirt and twigs is the least of my worries.

Right about now is when I again start to have my recurring wish for the gift of foresight. But I’m sure everyone in the world has probably wished for the same thing. At least then there could have been some kind of planning. The military could have been ready for the aliens’ arrival and mounted an attack. Not only that, but the government could have organized some kind of evacuation. Although I don’t know to where exactly.

How do you evacuate an entire country?

At any rate, the gift of foresight would have helped us all. Maybe, with it, my mother wouldn’t have forced me to go on the stupid field trip. I remind myself how I’d begged and begged her not to make me go.

But I bet she regrets it now, especially since I’m almost a thousand miles away from her during the worst possible time.

I know what I’m doing and I try to hold onto the feeling for as long as possible. If I’m mad at her then I won’t miss her as much.

Just as I have that thought, my eyes begin to water. Being mad at her usually doesn’t last very long at all. I can’t make it. For all it’s worth, I know she’s regretting she ever made me go and she’s missing me just as much as I’m missing her.

I sniffle back the trickle of liquid that’s making a trail from my nostril and across my cheek. Tears fall in fat drops from the corners of my eyes. I’m crying so softly that I doubt anyone can hear it. 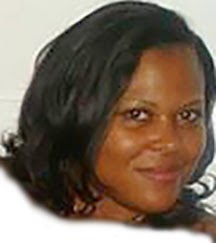 A. M. Griffin is a wife who rarely cooks, mother of three, dog owner (and sometimes dog owned), a daughter, sister, aunt and friend. She’s a hard worker whose two favorite outlets are reading and writing. She enjoys reading everything from mystery novels to historical romances and of course fantasy romance. She is a believer in the unbelievable, open to all possibilities from mermaids in our oceans and seas, angels in the skies and intelligent life forms in distant galaxies.

You can find out what else I’m working on by visiting my website:

a Rafflecopter giveaway
Posted by Maria at Wednesday, May 07, 2014