Welcome to my stop on the Bewitching Book Tours Release Day Blitz for Unseen by Lauren Stewart.  Please leave a comment or question for Ms. Stewart to let her know you stopped by.  You can enter her tour wide giveaway by filling out the Rafflecopter form below. 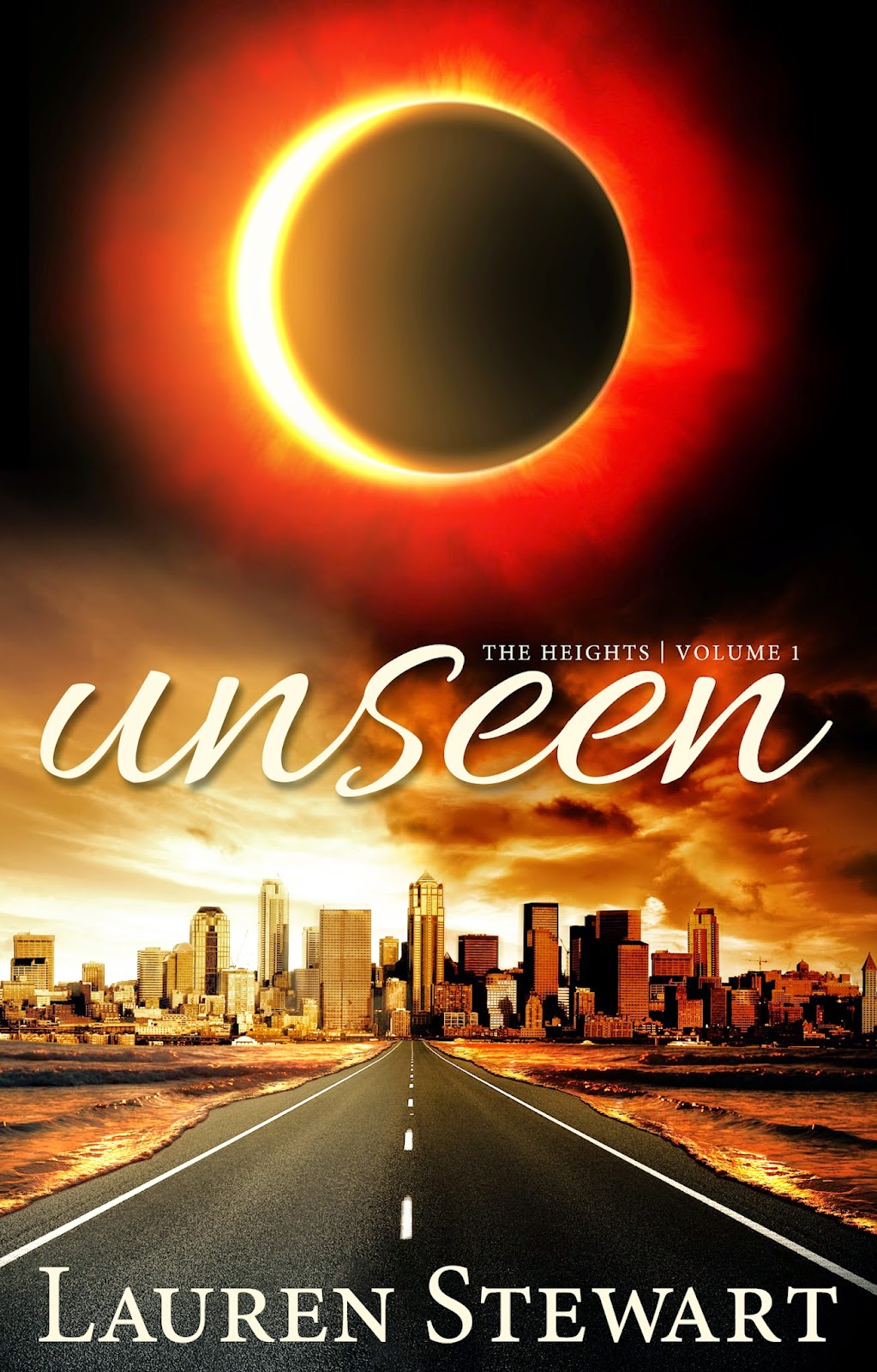 Publisher: Off the Hook Publishing
Date of Publication: May 29, 2014

Available at Amazon  Add it to your Goodreads Shelf

An invisible wall built from the tears of those touched by death.  An impossible love as divided as the world around them.

After Addison finds a nearly-dusted vampire in the garbage outside her building, her ability to stay off the supernatural world’s radar is deader than the vamp. Almost as dead as she’ll be if anyone thinks she put him there. Should she finish the job somebody else screwed up or move him somewhere humans won’t find him? To keep the Heights hidden, she may have shoved a stake into her own chest. Just when she thinks her life couldn’t possibly get any more dangerous, she finds out who he is.

As vampire king and Prime to all supernatural beings in the North American zone, Rhyse is accustomed to getting what he wants without asking. But he neither wanted nor asked to be wounded in an ambush, waking up chained to a bed with a hole in his chest. Unfortunately, he needs help to discover who tried to kill him. But worse than that, his only ally is his captor, someone unaware she has the power to destroy their entire world.

Addison backed up until she hit the counter. It was over. It had been over ever since those chains came off. Ever since she brought him into her apartment. Into her life.

“I saved you. I could’ve left you outside until the sun came up.”

“I imagine you wish you had.”

“Can you…can you not kill me? Just take some, but not all?”
Rhyse brushed her hair behind her shoulder and curled his fingers around the nape of her neck, whispering, “Do you trust me that much?”

“I don’t even trust you a little.” She felt the sting of tears. “I don’t want to be turned. If you drain me, let me die.”

He ran his other hand up her shoulder, to her throat and slowly closed his fingers around it. One move and her neck would break. “To drain you I would have to drink from you. And that, my pet, I will not do.”

She didn’t know what he meant but now seemed like a bad time to argue.

“Did you know what you are? How many of you exist?”

She didn’t answer. Partially because speaking required the air he was cutting off. Then his hands were gone, just like the rest of him.

When one of the women behind the counter moaned, Addison went to make sure they were alright.

Rhyse was on top of one of them, his fangs obviously burrowed in her neck. The woman moaned again, her legs wrapping around him. One hand clutched his shoulder and the other slapped the wall, searching for a hold.

It had to have been shock that made it impossible to look away. Or run away. The woman’s moans got louder, then crested, and her body went limp. Not in a dead way, but in an I-just-had-the-best-orgasm-of-my-life way.

Get out of here.

She grinded her teeth when she heard another moan. He must have moved on to the other woman. With two to feed from, there was less of a chance he would drain them, but… “Why should I trust you?”

The woman’s moans stopped and she whined, “No.”

“Of course. It is against the law to kill humans.”

“You are not human, Addison.” His voice came from just over her shoulder.

“I am. I promise. Totally human.” Somehow he’d missed the fact that seers were human, despite her telling him at least five times.

She heard the shuffling of fabric and looked down to see him wrapping his already-bloody shirt around the arm she’d cut. He tied a knot with the sleeves and pulled it tight. There was no part of this that she understood.

She sucked in a breath when he put his hands on her hipbones. Then another as they slid to her belly and down, pressing her back into him. She felt his heat and a vibration on her back as he made a sound similar to a cat’s purr but scarier. Clenching her eyes shut, she waited for death.

“You should thank them.” His voice was all sex. Dangerous, risky, awesome sex. “They just saved your life.”

They did? “Thank you,” she called out with a shaking voice.

“Now that your belly’s full, how about you back off a little?”

“I should kill you, Addison.”

“I’m going to have to disagree with you about that.”

After a moment he stepped away, sighing as if he just made a really tough decision and wasn’t sure it was the right one.

“So,” she said, heading for the door, “it seems like you’re feeling better which is great. I’m really happy for you. Since you don’t need me anymore, I’m gonna go now. I’ll see you around.”

“Come to me, Addison.” His eyes were back to their original inhumanly beautiful color. Though he didn’t quite look calm, he looked satisfied.

“Come to me or I will snap your neck.”

“If you had simply brought a human to me, this all could have been avoided.”

“I was just thinking the same thing.” Total lie—she wasn’t thinking a goddamn thing besides, “Shiiiiit!”

“You and I have things to discuss, and a few memories to alter along the way back to your home.”

Damn it on many counts. “Alter or wipe?”

“Alter, of course. Although my strength has returned, wiping that many minds would still be highly taxing. I prefer to save my power for other activities.”

He opened the door and gestured for her to go first. Which he’d probably never done before. Minions opened doors for him and she doubted chivalry ranked high on his list of valuable traits. But she went because when you gotta go, you gotta go.

What was it with that question? “Know what? That your victims come while you feed? Yeah, I heard it happens occasionally.”

“Always. They always come while I feed. If it were possible, I would show you.”

“I just heard more proof than I wanted to, thanks.”

“I have no doubt that it would be far more enjoyable to feel you come than to hear her do it.” 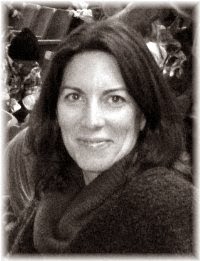 Lauren Stewart lives in Northern California with two of the most amazing children that the world has ever seen. She reads almost every genre so, naturally, her writing reflects that. With every book, every story, you'll find elements of other genres--fantasy, mystery, romance, paranormal, suspense, YA, women's literature, all with a touch of humor because what doesn't kill us should make us laugh. 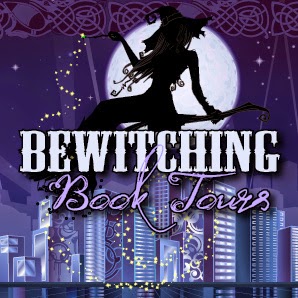 Romantic Reads and Such
http://romanticreadsandsuch.wordpress.com

Shut Up and Read
http://shutupandreadgroup.blogspot.com/

Mom With A Kindle
http://momwithakindle.blogspot.com/

Queen of All She Reads
http://queenofallshereads.blogspot.com/

happy tails and tales
http://magluvsya03.wordpress.com
Posted by Maria at Thursday, May 29, 2014