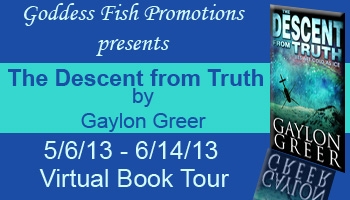 Welcome to my stop on Gaylon E. Greer’s Virtual Book Tour for The Descent from Truth.  Please leave a comment or question for Gaylon below to let him know you stopped by.  A randomly chosen commenter during the tour will receive an autographed hardcover version of the author's previous book, The Price of Sanctuary.  You can follow the tour stops here, the more often you comment, the better your odds of winning. 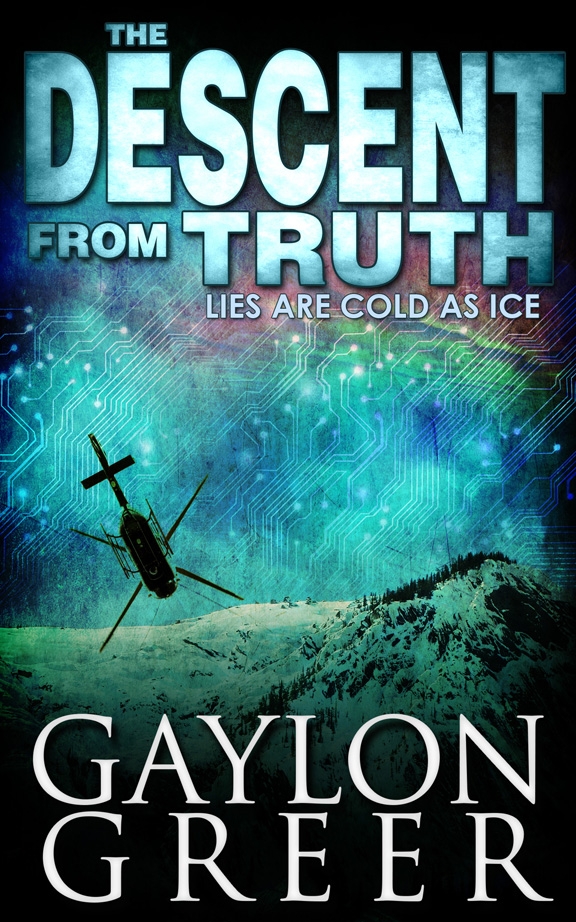 The Descent from Truth
By Gaylon E. Greer

Alex Bryson is patrolling Rocky Mountain backcountry in his job as a security guard when he discovers a woman with a baby wandering alone in the snow far from the nearest road. He takes them to shelter in a weekender cabin and sees a newscast that suggests the woman, Pia Ulmer, kidnapped the baby from its rightful parents and that it is the sole heir of Peru’s wealthiest and most corrupt family. Pia claims that she is the baby’s mother, and Alex doesn't know what to believe.

After turning her in, he continues to struggle with his budding feelings for her and remains unsure of the true story. He becomes more and more involved until finally there is no turning back—lives are on the line. He helps Pia get free from a brutal world that values money over life, and together they devise a plan to reclaim the baby. Just when it looks like they might succeed, they discover an international conspiracy that changes the game entirely.

“Please,” she said, her voice as rough as sandpaper and barely above a whisper. “Please, do not give my baby to those people.”

“They took him from me. Look at him, Alex. Both Mr. Koenig and his wife are blondes.”

“Study Frederick's face. Do you not see me in his eyes? His chin and his mouth?”

The similarities were uncanny, he'd grant her that. Good enough to get away with claiming to be the kid's mother if Alex hadn't learned the truth. The way she had attacked him, trying to kill him with that skillet, she clearly didn’t want to go back to civilization and prove who she was. He turned away, tossed Frederick in a maneuver that brought a cry of delight, and stuffed the boy's blanket-clad feet through the leg holes in the backpack. With his parka snapped around both of them and the diaper bag tied to his waist, he gripped his rifle in one hand, his snowshoes in the other, and headed for the porch. At the door, he turned for a final glance at Pia.

She had set her mouth in a stubborn line. The eye that had been plastered shut was closed. She stared at him with the other. When she saw him looking at her, she spoke again. “Watch over him, Alex. Someone wants to harm him. Don’t let them.”

A new tack, another lie. He stepped onto the porch and strapped on his snowshoes. That should have been the last he saw of her, but the specter of her ravaged face and defiant expression stayed with him as he trudged across the sunlit expanse of glistening snow that sloped gradually toward the Warrior River Gorge. 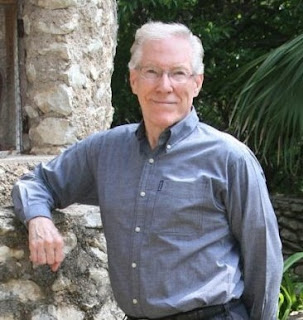 Working with traveling carnivals and itinerant farm labor gangs during his teen and early adult years took Gaylon Greer up, down, and across the U.S. and introduced him to a plethora of colorful individuals who serve as models for his fictional characters. After several years as an Air Force officer and then a university professor with a Ph.D. in economics, Greer developed an interest in writing fiction and attended workshops at the University of Iowa, the University of Nebraska, and Bryn-Mawr College. He also studied with the U.C. Davis Extension program and the Algonquian Writers Group. His most recent novel, THE DESCENT FROM TRUTH is available at www.Amazon.com and other e-book retailers. Please visit Greer at www.GaylonGreer.com

Don't forget to leave a meaningful comment or question for Gaylon below to let him know you stopped by.  A randomly chosen commenter during the tour will receive an autographed hardcover version of the author's previous book, The Price of Sanctuary.  You can follow the tour stops here, the more often you comment, the better your odds of winning.
Posted by Maria at Thursday, May 16, 2013