Welcome to my stop on Beth Rinyu's Virtual Book Tour for An Unplanned Lesson.  Please leave a comment or question below for Beth to let her know you stopped by.  You can enter her tour wide giveaway by filling out the Rafflecopter form below. 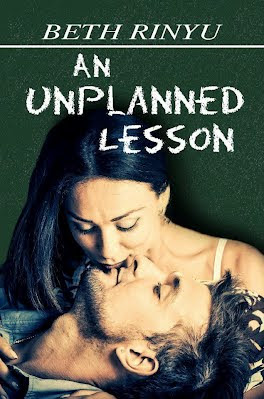 An Unplanned Lesson
by Beth Rinyu

Nicole Morgan, the new second grade teacher at Pineview Elementary school, has it all together in the classroom; it’s her personal life that she can’t find peace with. Unable to let go of the guilt that she is harboring from her past, she punishes herself by running from all potential relationships.

Her patience is put to the test when Dailan O’Maley the obnoxious but very sexy uncle of one of her students enters her life. She slowly cracks away at Dailan’s crude, crass exterior when they are forced to work together for the sake of his nephew. The two of them learn a lesson in love that neither had planned as they discover that the guilt they are hiding deep inside isn’t the only thing they have in common. Unbeknownst to her, he holds more than just the key to her heart.


I looked over, forgetting that Ryan was even there. He was coloring the picture on the back of his placemat, not paying any mind to the bantering going on between me and his uncle. I picked up a crayon and began coloring with him in an effort not to make any more conversation with his uncle. I finally looked up when I could feel him staring at me.

“What?” I asked in annoyance.

He was laughing and trying to play innocent. I had to admit that he looked absolutely adorable at that particular moment with his cute boyish grin.

“Why are you staring at me?” I asked.

“Because I think you’re hot,” he said as he chewed on his straw and his smile became even wider. Ryan started to giggle, never taking his eyes from his coloring.

I pursed my lips and shook my head. “What, are you twelve?” His only response was the arrogant smirk that I had become so acquainted with over the past few months. “You know what – why did I even agree to come out with you tonight? Oh wait—that’s right, I didn’t agree, you just took it upon yourself to barge into my classroom and demand that I go,” I said, not finding any humor in his immature behavior.

“Do you always take demands like that from a man, darlin’? If so, I think I need to get you in the bedroom,” he said as he rubbed the scruff on his cheek.

I couldn’t take his obnoxious behavior anymore. I shook my head and shot him a dirty look before giving him a swift kick in the knee.

“Ouch, that wasn’t very nice,” he said as he rubbed his knee under the table.

“Keep it up and I’ll aim just a little higher.”

“Then that would be your loss.”

Ryan seemed unfazed by it all as he continued to color. I realized now exactly where Ryan got his colorful vocabulary - from the immature, arrogant male chauvinist sitting across from me. Did I mention incredibly sexy as well? 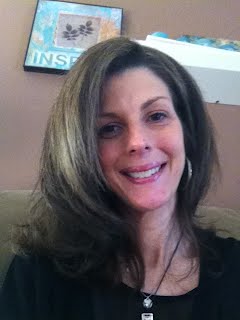 Ever since I can remember, I have always enjoyed Creative Writing. There was always something about being able to travel to a different place or become a different person with just the stroke of a pen - or in today's world a touch of the keyboard. I have been writing poetry for years and finally got the inspiration to write my very first novel about a year and a half ago. Once I started the idea's kept flowing, my fingers kept typing – and here I am Two books later! An Unplanned Lesson is a humorous, romantic read with a few deep undertones. I hope all of you fall in love with Dailan O’Maley, the same way I did when I created him!

What do you get when you mix one school teacher, a potty mouthed student and his skirt chasing uncle?  If you're lucky, you get Beth Rinyu's hilarious contemporary romance, An Unplanned Love.  Good characters, funny dialogue and a sexy romance, kept me turning the pages to discover what was going to happen next.  Tossing in a cute, precious kid, Ms. Rinyu's story is definitely a keeper.

Still guilty over something that happened eight years ago, grade school teacher Nicole Morgan doesn't get along with her family; except for her marine baby brother.  While Nicole is a new teacher and expects to face a room full of priviliged, and possibly spoiled, second graders at their private school, she doesn't expect a potty mouthed little boy named Ryan, who swears like a sailor and tries looking under his classmates skirts.  Expecting to confront Ryan's parents over his bad behavior, Nicole instead meets his uncle - the man who seems to have taught Ryan all of his behavior.

Reeling over his brother and sister in law's deaths, Dailan O'Malley, finds himself a sudden parent and his nephews legal guardian.  Not planning on having a family any time soon, Dailan is clueless about what it takes to raise a child or about being someone's role model.  A fun loving Irishman, Dailan's behavior is what Ryan models at school.

The scenes between Nicole and Dailan are fun and sexy.  Instantly attracted to each other, they refuse to have a "serious" relationship.  Instead they both intend for it to be friends with possible benefits.  Ms. Rinyu does a good job developing their "non" relationship, they both have issues - though we don't really know what Nicole feels guilty about.  As Nicole, Dailan and little Ryan spend time together, they become their own little family - even though Dailan and Nicole don't want to call it that.

Will miscomunication and guilt from the past get in the way of Nicole and Dailan's future?  Will Ryan get to keep both of the people who mean so much to him in his life?  You'll have to read An Unplanned Love to find out.  This is the first book I've read by Ms. Rinyu and I look forward to reading more of her books. 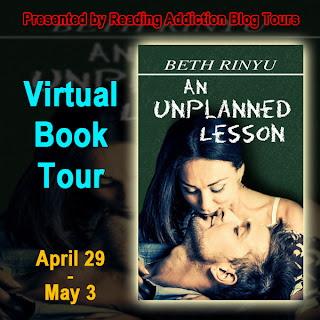