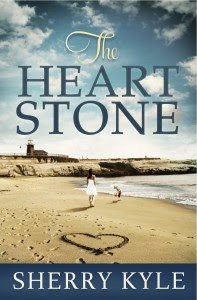 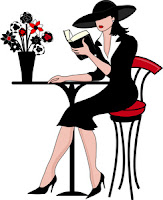 Faith, forgiveness, second chances and following your heart play a key role in Sherry Kyle’s contemporary Christian romance, The Heart Stone.  Filled with likable characters, good dialogue and plenty of emotional angst, Ms. Kyle’s book explores the themes of letting go of the past, moving forward after loss and learning to trust again.   Taking place over a short period of time, the author  weaves the story of three families together , whose past and current interactions will change their future.

Single mother Jessica MacAlister  planned to spend the Easter holiday at home with Jacob, her six year old son and Melissa, her roommate.  When she’s contacted by Andrew Lawson, Jacob’s biological father , a man who abandoned her once he learned of her pregnancy and gave up all of his parental rights, Jessica decides it’s time to get out of town.  Visiting her uncle George in Santa Cruz will not only give her a chance to get away, it’ll give her a chance to reconnect with her uncle, the man who played the father figure in her life.

Recent widow Evelyn Sweeney is having a hard time coping with her life.  Married for forty years, she never imagined she’d be facing life on her own in her sixties.  Deciding it’s time to move on with the next chapter of her life, Evelyn plans to take a vacation in Santa Cruz, where she spent her youth.  Evelyn even begins to wonder whatever happened to George, her first love.

When Jessica and Jacob visit her uncle George, he’s temporarily living in a nursing facility.  Bitter and angry over the loss of his life as a missionary, George is also dealing with the recent loss of one of his legs.  Determined to help her uncle, Jessica needs to find a place for him to stay.  Accepting an invitation to spend Easter Sunday with the manager of the nursing facility and her family, Jessica meets Nick Fuller, a firefighter, who just might be the answer to one of her prayers.

When Jessica and Evelyn meet, they realize their lives are connected because of George.  They’re also connected because of a ring, with a heart shaped stone, that George had bought for Evelyn and which he had later given to Jessica.  While Jessica is happy getting to know more about her uncle’s past she’s not sure that Evelyn belongs in his future.

Ms. Kyle does a job developing the characters and weaving their stories together.  While both George and Jessica have forgiven the people who disappointed them in the past, they’ve been unable to forgive themselves for the decisions they’ve made in their lives.   Evelyn has to decide if she’s willing to move on with her life and take a second chance on love.  Nick has to decide if he wants to get involved with Jessica and Jacob while dealing with the news that Andrew Lawson, his childhood friend, is the man who abandoned Jessica and Jacob and is now a wanted man.

Will Jessica learn to trust and give Nick a chance to win her love?  Will Evelyn and George learn to accept their second chance at love?  Will Jessica forgive herself long enough to give Andrew a chance to meet his son?  You’ll have to read The Heart Stone to find out.  I enjoyed this well written romance and think you will too.

FTC Disclosure:  I received a complimentary copy of this book as a part of a book tour.  I was not compensated for my review, it is simply my opinion of the written material.
Posted by Maria at Tuesday, May 28, 2013