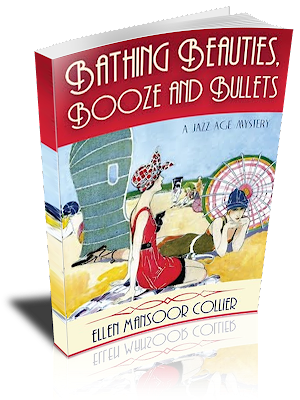 It’s 1927 in Galveston, Texas—the “Sin City of the Southwest.” Jasmine (“Jazz”) Cross is an ambitious 21-year-old society reporter for the Galveston Gazette who tries to be taken seriously by the good-old-boy staff, but the editors only assign her fluffy puff pieces, like writing profiles of bathing beauties. The last thing Jazz wants to do is compare make-up tips with ditzy dames competing in the Miss Universe contest, known as the “International Pageant of Pulchritude and Bathing Girl Revue.”

She’d rather help solve the murders of young prostitutes who turn up all over town, but city officials insist on burying the stories during Splash Day festivities. After Jazz gets to know the bathing beauties, she realizes there’s a lot more to them than just pretty faces and figures. Jazz becomes suspicious when she finds out the contest is also sponsored by the Maceos, aspiring Beach Gang leaders and co-owners of the Hollywood Dinner Club, where the girls will perform before the parade and pageant.

Worse, her half-brother Sammy Cook, owner of the Oasis, a speakeasy on a rival gang’s turf, asks her to call in a favor from handsome Prohibition Agent James Burton—an impossible request that could compromise both of their jobs and budding romance. While Agent Burton gives her the cold shoulder, she fends off advances from Colin Ferris, an attractive but dangerous gangster who threatens Sammy as well as Burton. In the end, she must risk it all to save her friends from a violent killer hell-bent on revenge. Inspired by actual events. 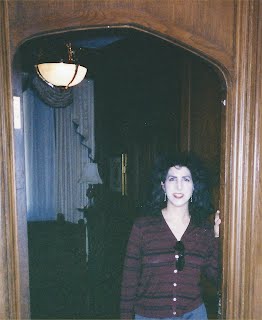 Ellen Mansoor Collier is a Houston-based freelance magazine writer/editor whose articles and essays have been published in several national magazines, including: FAMILY CIRCLE, MODERN BRIDE, GLAMOUR, BIOGRAPHY, COSMO, PLAYGIRL, etc. Several of her short stories have appeared in WOMAN'S WORLD.

She’s profiled a variety of people, from CEOs and celebrities (including Suze Orman), to charity founders (Nancy Brinker et al) and do-gooders (for BFI).  A flapper at heart, she’s the owner of DECODAME, specializing in Deco to retro vintage items
(www.art-decodame.com).

Formerly she's worked as a magazine editor, and in advertising and public relations (plus endured a hectic semester as a substitute teacher). She graduated from the University of Texas at Austin with a degree in Magazine Journalism, where she enjoyed frou-frou cocktails and lots of lattes.

"When you grow up in Houston, Galveston becomes like a second home. I had no idea this sleepy beach town had such a wild and colorful past until I began doing research, and became fascinated by the legends and stories of the 1920s. Finally I had to stop researching and start writing, trying to imagine a flapper's life in Galveston during Prohibition."

The Oasis was more than half full, and in the dim lights, I spotted Sammy at a corner table, talking in earnest with a young, good-looking guy with chestnut hair.  I held back, but Amanda charged forward, plopping down on the chair closest to Sammy.

“Hey, Sammy, how are you?” She said it with a smile that only I knew was forced.

“Been busy.  The joint is jumping with all the tourists in town.”  He looked over at me for help, mild panic in his eyes. “Are any of your friends with you? Got a lot of guys asking about the bathing beauties.”

“Aren’t you two dolls in the pageant?” The cute guy stood up and held out a chair for me, motioning for me to sit down. “Sammy, why don’t you introduce me to these dishy dames?”

“No, but thanks for the compliment. I’m Jasmine,” I told the handsome stranger, “but I go by Jazz. This is my friend Amanda.”  I looked across the table, but Sammy and Amanda seemed to be quarreling—no doubt she was upset because she was feeling ignored. What else was new?

“Jazz,” he repeated. “I like jazz. I’m Colin, by the way.” He stuck out a hand, and shook mine with a firm grip, lingering until I pulled my hand away.

“Nice to meet you.” He looked familiar, but I couldn’t quite place him.

“How about a whirl across the dance floor, Jazz?” He flashed a smile of teeth that seemed to light up the room. Very tempting, but I needed to talk to Sammy.

“Maybe later.” He was attractive, but I hadn’t danced with anyone since my rendezvous with Burton at the Surf Club, and I wasn’t in the mood.

“Well, how about a drink then, Jazz?” He leaned forward, his arm thrown over my chair.

“Sure, why not? Make it a Manhattan.”   Normally, I didn’t drink with strangers but he seemed to be a friend of Sammy’s and besides, I didn’t expect to hear from Burton anytime soon.... Colin returned with two drinks, and scooted his chair over so our knees touched under the table. The cocktail felt cool and refreshing and I began to relax. “So what do you do?” I asked him, wondering why he looked so familiar.

“I’m in sales,” he said. No wonder he seemed so confident, so outgoing with strangers.

“What do you sell?” I wanted to know.

“Whatever people need. Some import and export, some local.” Rather a vague answer, but then again, this wasn’t an interview for the newspaper.  “How about you? What’s a lovely lass like you  doing here all alone? I take it you’re not married?”

I grinned at him, feeling flirtatious.  “Do I look like I’m married?”
“Just checking.”  Maybe it was the drink, but I felt comfortable around him and soon we were chatting, almost like friends.

“We have mutual friends,” he said. Another cryptic answer, but who cared?

Bernie began playing “Ain’t She Sweet?” on the piano, and Colin held out his hand.  “What are we waiting for? Let’s dance.”

Naturally I was rusty but I loved to dance and for once, I didn’t worry about anything or anyone, least of all Agent Burton.  Colin kept up with my Charleston and even did an improvisational Irish jig when the song ended. Then the tempo slowed down and Colin pulled me to him, his big arms almost crushing my chest.  I tried to push him away, but his grip only tightened around my waist, one hand wandering down my backside.

“Stop, you’re hurting me!” As I struggled to get free, he forced his mouth on mine, his lips rough, the whiskey strong on his breath.  Finally I jerked back and slapped him hard across the face. Even in the shadows, I saw his cheeks turn bright pink. “I said to leave me alone. Who do you think you are?”

A small semi-circle gathered around and Bernie stopped playing, his fingers hovering above the keys. Sammy stormed across the small dance floor, grabbing Colin by the shoulder and knocking him to the floor.  The crowd fanned out, gaping as if it was a boxing match. A few onlookers shouted and cheered: “Fight back, you dumb Palooka!” “Get up, you sorry Mick!”

Embarrassed, I fled to a corner, wishing I could hide,  disappear in the dark.  The last thing I wanted was to make a scene, or cause trouble for Sammy.

Colin stood up shakily, his eyes blazing, while Sammy circled him, fists up. Then he took a swing at Sammy and almost fell over.  Frank and Bernie yanked on Colin’s arms, marching him toward the stairs. Buzz cowered behind the bar, watching, wide-eyed with fear.

“Stay out of my joint!” Sammy yelled after him. “Or else!”

Colin managed to break free of Frank’s grasp and whirled around, pointing at Sammy, his hand like a gun going off. “You’re a dead man, hear me? A dead man!”

A dead man? Now what had I done?

Amanda rushed to my side. “Jazz, what happened? Are you OK?”

Still shaking, I leaned against the wall, waiting for the commotion to subside, trying to catch my breath. “He was getting fresh, that’s all. But I can defend myself. I didn’t expect Sammy to knock him out like that, in the middle of the bar.” I tried to brush it off, but the truth was, I felt vulnerable, violated.

Sammy came over, waving his hands in the air. “Jazz, what were you doing, dancing with an asshole like him? What were you thinking?”

“I thought he was your friend.” I stared at him, confused. Sure, some of Sammy’s friends were on the unsavory side, but with his cropped hair, striped shirt and khaki pants, Colin looked as clean-cut as any College Joe. “Did you have to slug him? So he got a little too friendly, but I didn’t want to cause a big ruckus.” 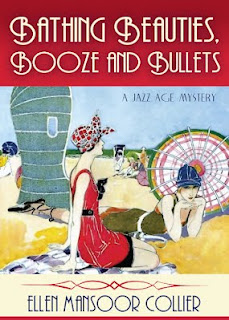