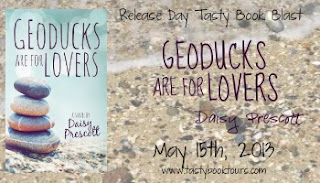 Welcome to my stop on Daisy Prescott’s Release Day Tasty Book Blast for Geoducks Are For Lovers.  Please leave a comment or question for Daisy below to let her know you stopped by.  You can fill out the Rafflecopter form below to enter her Blast giveaway.  You can also follow the Book Blast here. 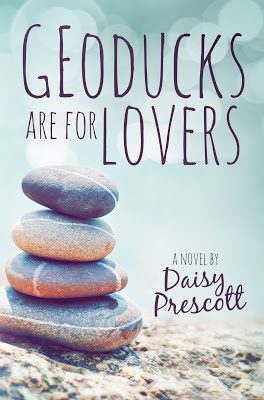 Geoducks Are For Lovers
By Daisy Prescott

Food writer Maggie Marrion is just getting back on her feet after a horrible year, or two, or three. With their twentieth reunion approaching, she invites four of her closest friends from college for a weekend at her beach cabin. What she doesn’t expect is her best friends, artist Quinn Dayton and part-time erotica novelist, Selah Elmore, to play matchmaker. The two plot a surprise that will make the weekend, and her life, a lot more interesting.

Gil Morrow, former grunge musician turned history professor, joins them as Selah’s date for the weekend. After coming face to face with the one who got away, he decides he's waited long enough to get the girl. With the support of old friends, a few wishing rocks, the world’s largest burrowing clam, and a hot lumberjack thrown into the mix, Gil reminds Maggie that forty-something isn’t too old for second chances.

Can we learn to love the life we have and let go of who we expected to be? What happens when the generation from The Breakfast Club and Reality Bites meets The Big Chill? Come spend a weekend with these Generation X-ers as they share laughter, tears, life’s ups and downs, old stories, and new beginnings.

“We’ll see how the night goes.”

“Is that a challenge, Maggie May?” Gil leans forward and catches her eye, then puts his hand on her leg above her knee, and squeezes.

The heat of his hand warms her and her muscles clench.

Gil licks the corner of his mouth. “Good to know.” Leaning back, he keeps his hand on her thigh.

Mentally, Maggie fans herself. The fire in front of her isn’t the only one she’s playing with tonight.
Quinn and Ryan eventually make their way out to join the group on the beach, carrying the s’mores supplies along with metal skewers from the kitchen.
“I can’t believe I’m offering this after the meat feast, but who wants dessert?” Ryan gestures the platter of goodies.

“I’ll never turn down chocolate or Nutella.” Selah gets up to grab a skewer and marshmallow.

“I need to taste Maggie’s Nutella s’more,” Gil says, squeezing her leg. “Mind making me one?”

“If I can stand, sure.” She pushes off the sand, using Gil’s leg to prop herself up.

“Charred or not charred?” She waves a marshmallow in front of Gil.

“Charred, of course.” He grins.

“Heathen,” she teases and sticks the marshmallow directly into the flames. Pulling the flaming ball of goo out of the fire, she blows on it before handing the skewer to Gil. ‘Hold this, and no eating it.”

Carefully grabbing a graham crack, she smears on a dollop of Nutella, and then places the charred marshmallow on top before adding another cracker.

She licks a big dollop of Nutella off the side, getting some of the warm chocolate on the corner of her mouth.

“Here.” She hands him the sticky mess, noticing that Gil shifts his legs and squirms.

“You missed a spot.” He gestures to her lips before biting the s’more.

Maggie licks her lips, trying to get off the Nutella. She glances at Gil, who closes his eyes and moans.

“Mmmm…. Hhmmmm… mmmmm” is all that comes out of him. Still with his eyes closed he reaches up to swipe off the Nutella from chin with his thumb. It’s Maggie’s turn to quietly moan as she watches him lick his thumb.

“What?” She asks, completely unaware of where she is.

“You have it so bad.” Selah chimes in from behind her. “Move out of the way or toast another marshmallow.” She bumps Maggie with her hip.

“More,” Gil says, opening one eye as he pops the last of the s’more into his mouth.

“Greedy.” She chars another marshmallow.

The rest of the gang is likewise toasting and moaning over their creations.

“Where was this when I used to smoke pot?” Quinn asks.

“I’m grateful Nutella wasn’t around in college. I’d be as big as a house,” Jo says, eating a perfectly toasted but not charred marshmallow.

Maggie hands Gil another s’more, which he snatches from her like a starving man.

“You okay there, big guy? Can I make one for myself now?”

Gil gives her a stink eye but nods his head, his mouth too full to respond verbally.

Maggie sits back down next to Gil with her own s’more. She takes a bite, closes her eyes and moans. She can’t help herself.

When she opens her eyes, she catches Gil licking the s’more right before biting it.

“What the hell?” She tries to save her s’more from his greedy mouth, but he is too quick.

“It was dripping and going to land on your shirt. I was trying to be a gentleman and protect your clothing.”

Maggie stares at him.

“No.” She licks her lips where the melted marshmallow makes them sticky. She watches Gil staring at her lips.

“Can I help you with that?” He offers, his eyes flicking to her mouth, then back up to her eyes.

“I’m not sure about that.” He reaches out his index finger, swipes under her bottom lip, and shows her the chocolate. 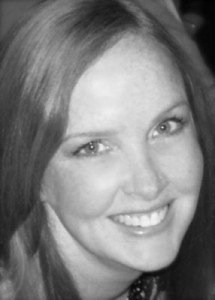 Author Info
Before writing full time, Daisy Prescott worked in the world of art, auctions, antiques, and home decor. She earned her degree in Art History and endured a brief stint as a film theory graduate student. Baker, art educator, antiques dealer, blue ribbon pie maker, blogger, content wrangler, freelance writer, fangirl, gardener, wife, and pet mom are a few of the other titles she’s acquired over the years.
Born and raised in San Diego, Daisy and her husband (aka SO) currently live in a real life Stars Hollow in the Boston suburbs with their dog, Hubbell, and an imaginary house goat. Geoducks Are for Lovers is her debut novel. She is busy researching her second novel.
Author Links
daisyprescott.com
@daisy_prescott (Twitter)
https://www.facebook.com/DaisyPrescottAuthor

a Rafflecopter giveaway
Posted by Maria at Wednesday, May 15, 2013