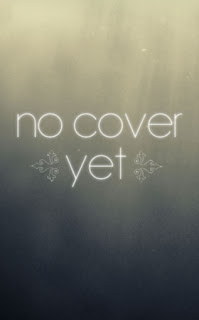 The Melody in My Head
Love and Music in Texas, Book 2
Coming July 2013

Welcome back to Harmony's Echo, Texas.....

Melody Roland is on the run from the one person she trusted completely. One who hid a dark past she could never have imagined. When a pregnant woman on the bus she's fleeing on goes into labor, Melody rushes to her aide. Now she finds herself stranded in a tiny remote town just off the highway, with no way to her original destination.

She's alone, on edge, and unsure who to trust. Her instincts scream to get far away and fast. But how and where?

Jameson Grant struggles through the roughest year of his life. Suffering from the loss of his father, one grief stricken night, he made a mistake. One which cost him the only woman he's ever loved. Each lonely day he's faced with the constant reminders of how quick things can change. Throwing himself into the one thing he has left, his music, helps dull the pain he fights to keep hidden. His last salvation begins to crumble as things spiral out of control and he has no choice but to face the 'music' of his past.

The last thing he needs or wants in his life is a woman with more trouble on her heels than the best of country music lyrics. But Melody sings a sirens call within him that can't be ignored.

Jameson and Melody bond in ways stronger than either could have imagined, but one dangerous person from her past may threaten it all...

If she doesn't flee before he can convince her to stay, and that some love songs last an eternity.

Carefully holding the guitar case, Jameson climbed the ladder resting on the side of the house. He should take it down, but until now, he'd forgotten about it. He set the guitar case at the edge of the roof, then glanced down at Melody. “Okay, hand me the blankets and the light.” He called to her. Stepping down a few rungs, he reached for the requested items. Once on the roof, he peered back at her again. “Come on up!”

“Jameson, what are we doing?” But she was laughing. When her head appeared at the top, he held out a hand to her, helping to ease her up onto the roof. He'd already set one blanket down for them to sit on. The other he brought for her in case she got cold

“Getting a great view of the stars.” Jameson pointed. One of the things he loved about living in a small town was being able to see the sky at night. One of the best views ever. Melody settled next to him on the blanket, staring at the same direction.

“It's beautiful. I can't remember the last time I just stared at the stars.”

It had been awhile for him, too. But he knew when the last time he'd been up here.

Jameson set the lantern at the edge of the blanket and turned on the light. It was bright enough for them to see, but not too bright to ruin the view of the stars. “Are you cold? If you are, I have an extra blanket.” He pointed to it, next to the guitar case. “The only thing I forgot to grab was something to drink.”

Melody laughed. “I'll forgive you, you thought of everything else.”

He enjoyed the sound of her laugh.

Jameson shook that thought away and reached for his guitar.

“Do you do this often? Come up on the roof late at night with your guitar?”

“Not in some time.” Jameson held the guitar, pulling a pick out of the case and strummed a few chords. “Sometimes, I need a different environment other than the garage, you know? Nice thing is, there aren't a lot of neighbors nearby, so I'm not disturbing anyone. “

“It is nice.” Melody mused, lying on her back. She crossed her arms behind her head.

Jameson started to play the chorus to a popular Taylor Swift song. He even sang along, raising his voice a few octaves to mimic the sound. Melody turned her head and laughed.

“I'm not sure that song fits your voice,” she teased. She rested her head on her elbow, now interested in watching him.

Jameson stopped mid-play. “No? Damn. Here I thought I was being all cool.”

That got another giggle out of her. “You are cool! Just...sing a different song.”

“All right, all right. I'll find another song, since my Taylor impersonation isn't appreciated.” Jameson pretended to pout, which made Melody laugh again. He was on a roll, and his plan worked. The mood had been lightened. “Okay, how about this?” He started to play and sing an older Shania Twain song.

Melody sat up, covering her mouth with her hand. He could see her body shaking as she tried to hold in her laughter. “You know, Jameson, that don't impress me much, either.”

Pretending to be hurt, he put the guitar down. “What am I doing wrong? Is my singing that bad? That's a first. Usually, I won them all with these songs.”

“Oh Jameson. You're so funny.”

“Okay, one last time, and hopefully third time will be the charm. Are you ready?”

Reaching for his guitar again, Jameson watched her as he started a new tune. This time, he played the tune to the song he'd been working on with her a few days ago. Even in the dim light, he noticed her face light up as he sang the first few lines from her song.

“You win, the third time is the charm. Now that fits your voice. Brava!” She clapped her hands.

“How about you sing it with me?”

“Oh come on. Let's serenade the stars. Maybe we'll catch one falling.” He pleaded. “It's your lyrics. I'd love to hear from coming from your lips.” As he started over on the guitar, he shot her what he hoped was his best pout.

“You're relentless!” Melody exclaimed, raising her hands in defeat. She still smiled, though.

When Jameson got to the chorus, Melody chimed in. He had to force himself to keep going as he listened to her voice. She was pretty good! She had this soft, gentle ease about her voice. It didn't ring out with a lot of power backing her up, but she had a sweet sound that radiated into his mind. He lowered his voice a little bit to let her shine. He couldn't keep his eyes off her as he watched her lips move, and heard the words.

When they stopped, it was his turn to applaud. “You have a great voice. You sounded really good, Melody.”

He wasn't sure, but he thought she was blushing. Melody turned away from him for a second.

“Thank you, Jameson. I'm not one for the spot light, but that was really neat to sing my own lyrics.”

“You know, we're still looking for a song or two to add to our demo. I like this one a lot, even though it's not finished. What would you think about finishing it and playing it for the band?” As shy as she was about these things, would she even go for that? The words really were great, and he liked the melody he'd put to her words.

“I- are you serious?” She sounded caught off guard.

Jameson nodded, setting his guitar down once again. “I am. I like the way it's progressing. And when you sang with me just now, I liked the idea of having a back up on it. It would be a great addition.”

“Only if you sing it. I think this song fits your voice, I've already told you that.” She smiled again. “I don't want to step on any toes or anything...”

You can meet Jameson Grant in Baby Stetson, the first book in the Love and Music in Texas book.

Baby Stetson
Love and Music in Texas, Book One

Left in a Stetson hat, on the steps of the local bed and breakfast, Avery Callimer came into the world on a wing and a prayer. Raised by loving adoptive parents, she's never lacked for love...only the knowledge of her past.

By day she works the Inn, but by night...Avery comes alive as lead singer in a band. Life was good...stable, until new guests blew into town.

Some strangers come with secrets and lies.

Lucas Bennett is one such stranger. Drifting from one mess to another has left him jaded. Doesn't matter the dramas are never his doing. Giving it one last shot to make a fresh start lands him Harmony's Echo, Texas and smack dab in front of the tantalizing Avery.

Despite his best efforts to ignore the burn Avery's ignited within, he's intent to keep his distance. Secrets have followed him. Secrets he doesn't want Avery to know.

Each time they're near the other things heat up like a brushfire on a dry Texas prairie.

But maybe, after the dust settles and the smoke clears, love can bloom with a fresh start.

Nikki Lynn Barrett lives in Arizona with her husband and son. She's an avid reader, a dreamer, and loves everything about books. She runs a book blog, an online used bookstore, and writes various genres of romance. Nikki can also be found outside with her camera when a storm is near, snapping photo after photo.

Her dreams of becoming a writer started when she was young, when she started writing books in one subject notebooks by the fifth grade. The Secret Santa Wishing Well is her debut book. You can visit Nikki's site at: www.nikkilynnbarrett.blogspot.com for more information. She is working on her next book. Nikki would love to hear from readers.