Virtual Book Tour for Tip of a Bone by Christine Finlayson

Welcome to my stop on author Christine Finlayson’s Virtual Book Tour for Tip of a Bone, presented by Great Escapes Virtual Book Tours.  Please leave a comment or question for Christine to let her know you stopped by.  You can follow the rest of Christine’s tour here, several of the other stops have a giveaway.

“Unlucky in Love” by Christine Finlayson, author of Tip of a Bone

My husband hasn’t yet asked this question, but I’m expecting it: “Honey, why do the characters in your books have such miserable love lives? I thought we were happily married!”

We are—going on fifteen years. But what’s the fun in writing about serene couples? The truth is, we authors love to fill our characters’ lives with drama—and the more trouble we can put them in, the better. Really, the only way a blissful relationship will make it into my books is as a set-up: a marriage that seems perfect on the surface—right up until it starts to crack.

I’ve been thinking recently about Gillian Flynn’s novel, Gone Girl. When my mystery came out, Flynn’s appeared on the same bookstore shelves (Fi and Fl in alphabetized-by-author). People kept talking about Gone Girl, so of course I had to read it. Although I disliked the husband and wife characters, I kept going, compelled to see what awful things they’d do to each other next.

It’s like rubbernecking after a car crash. We keep turning pages to see what kind of torment our favorite characters will get into—and how they’ll escape. You might say it’s reality television captured in a book, and it’s high entertainment.

When I started writing Tip of a Bone, I wanted to give my main character, Maya Rivers, a drama-filled life. Readers have described Maya as feisty, fearless, and willing to take serious chances, but they’ve also called her flawed and vulnerable, leaving room for trouble to seep in.

Maya begins the story in recovery mode: she’s just moved to a small town on the Oregon coast, bringing a broken heart from her failed marriage. She hopes to re-connect with her estranged brother Harley, whom she hasn’t seen in years.

But life keeps throwing curveballs. A young woman disappears in the forest, setting the town on edge. Maya’s brother gets embroiled in one dangerous situation after another and refuses to listen to her advice. Ultimately, he’s accused of a serious crime and Maya wants to prove him innocent—but isn’t sure he is. She feels lost and betrayed, the perfect setup for her personal life to go haywire. (You’ll have to read Tip of a Bone to see just how bad it gets.)

In the story I’m writing now, a novel of suspense, I’ve ratcheted things up a notch, giving my main character not only a recent divorce, but a child custody battle, a vindictive ex, and an arrest for a crime she didn't commit. Watch out. J

Whenever I get stymied in creating romantic troubles or life drama for my characters, when imagination can’t take me far enough, I head online. There’s inspiration galore—just read any advice column or watch a reality dating show. In comparison, you may end up feeling very, very lucky in love!

Tip of a Bone
By Christine Finlayson

Buried bones, a missing eco-activist, and a deadly fire? It’s not what Maya Rivers bargained for when she moved to the coastal city of Newport, Oregon to reunite with her brother, Harley. Yet when Harley is accused of an unthinkable crime, Maya insists on adding “amateur sleuth” to her career options. It isn’t long before she discovers an eerie clue . . . but the closer she gets to the truth, the closer a murderer follows.

A sister attempting to reconnect with her brother and a conservation group trying to save the forest take center stage in Christine Finlayson’s Tip of a Bone.  An entertaining contemporary mystery filled with interesting characters, plenty of action and even a little romance, Ms. Finlayson’s story kept me turning the pages to discover what would happen next.  Set in Oregon’s picturesque coastal area, Ms. Finlayson’s debut release is a book mystery lovers will want to check out.

Recently divorced, Maya Rivers heads to Oregon’s coast to reconnect with her brother Harley.  Working at local “seafood “diner; Maya worries about Harley’s involvement with a local conservation group being blamed for some escalating vandalism.   When the local police show up at her place of business and Maya discovers Harley was killed in a fire the police are claiming he set, Maya begins her own investigation to prove her brother was murdered and didn’t commit arson.

Ms. Finlayson does a wonderful job developing Maya’s character; she’s a loving and loyal sister, even when she’s trying to talk Harley into changing his life, and she’s tenacious to a fault, all while trying to get her own life in order.  The secondary characters in the book are also interesting and well developed and the mystery is well written, takes plenty of twists and turns from start to finish and keeps Maya busy throughout the book.

While Maya is a likeable person, and a great character, she did leave a little bit of something to be desired as an investigator.  She makes quite a few rookie mistakes, which almost get her killed.  I’ll admit there were a couple of times I wanted to shake her and ask her if she’d ever watched any of the classic “who done it” shows or current detective shows on TV.

Will Maya solve the mystery of what happened to her brother on the last night of his life? Will she uncover who’s behind the “eco-terrorism” going on in town?  You’ll have to read Tip of a Bone to find out.  I enjoyed it and hope we get to see Maya and some of her friends in another of Ms. Finlayson’s books. 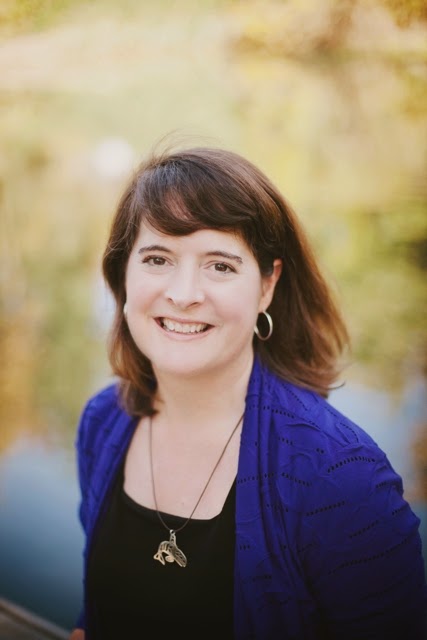 About This Author
Christine Finlayson borrowed from her “past lives” as a waitress, barista, environmental educator, and water scientist when creating her debut mystery novel, Tip of a Bone—a tale that takes place on the stormy Oregon coast. In her spare time, Christine loves to run on forest trails, watch waves break, compete in triathlons, and photograph anything Northwest-weird or wild. She’s now working on her second book, a novel of suspense.
Christine’s an active member of Sisters in Crime, Friends of Mystery, Oregon Writers Colony, and Willamette Writers. 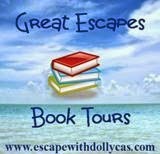 FTC Disclosure:  I received a complimentary copy of this book as a part of a book tour in exchange for a fair and honest review.
Posted by Maria at Tuesday, April 01, 2014