Book Blitz & Giveaway for The England Operation by Peter Swarbrick 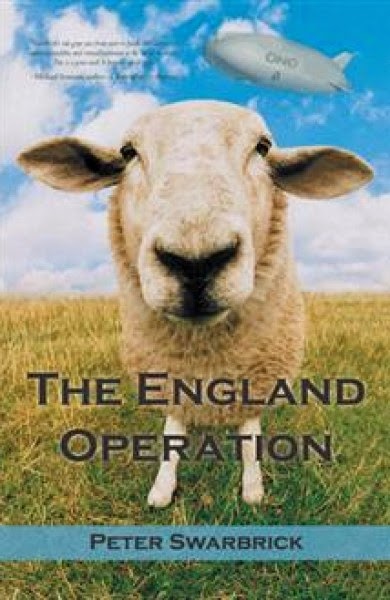 In the year 1141, civil war rages in England. Robber barons pillage and loot, while rampaging armies terrorise the countryside. But never fear: the peacekeepers are coming. The Organisation of Nations of the World (known in Latin as ONO) launches the England Operation to sort everything out.

In this world-turned-upside-down satirical take on the peacekeeping industry, rich and powerful African businesswomen and politicians collude with Norman overlords to steal England’s most valuable natural resource—sheep—as the hapless international troops who are supposed to stop the war sink ever deeper into the swamp of violence and corruption that is twelfth-century England.

Peter Swarbrick was born in Preston, Lancashire, England, and studied international relations at Lancaster University. After working for several years in London as a newspaper reporter, he joined the United Nations secretariat in New York. Starting in 1989, he spent eighteen years in peacekeeping, in New York, Cambodia and half a dozen African countries, including the Democratic Republic of the Congo. He now lives in Yangon, Myanmar, with his wife May Pearl, their son Pascal and two golden retrievers, Pinky and Percy.

Pump Up Your Book and Peter are teaming up to give away a $25 Amazon Gift Card!

Click for Tour Schedule
Posted by Maria at Monday, April 28, 2014