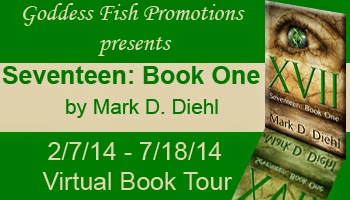 Welcome to my stop on author Mark D. Diehl’s Virtual Name Before the Masses Tour for Seventeen, presented by Goddess Fish Promotions.  Please leave a comment or question for Mark to let him know you stopped by.  You can enter his tour wide giveaway, for a $25 Amazon or B&N GC, by filling out the Rafflecopter form below.  You can also follow the rest of Mark’s tour here, the more stops you visit, the better your odds of winning. 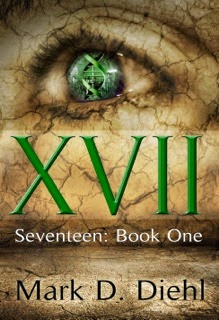 Most of the world's seventeen billion people are unconscious, perpetually serving their employers as part of massive brain trusts. The ecosystem has collapsed, and corporations control all of the world's resources and governments. A bedraggled alcoholic known as the Prophet predicts nineteen year-old waitress Eadie will lead a revolution, but how can she prevail when hunted by a giant corporation and the Federal Angels it directs?

The mist was clearing. Brian found himself standing in the street outside the bar he had entered earlier. Half a dozen battered and bleeding men stood surrounding him, and at least as many more lay on the gravel, seriously wounded or out cold.

The attack had come from somewhere in the mist, from all directions at once. His head and torso ached and throbbed. He locked his shaking knees to keep them from buckling. Every muscle in his body seemed to be lengthening, pouring downward like water. His eyelids drooped.

One of the standing men took a step toward him, fists raised. Brian tried to turn away from him, his arm flopping behind his back like a fish.

Behind his back! His eyes opened a little wider. He straightened and forced his arm to function, whipping out his revolver and aiming it around at the circle of attackers.

He tried to pull back the hammer but too many of his knuckles were broken. He ended up simply pointing it at the closest one, who backed away cautiously. Once past him, Brian walked backwards, still aiming the gun as long as he could see them. Then he turned, moving as fast as he could manage, back toward Dok’s place. 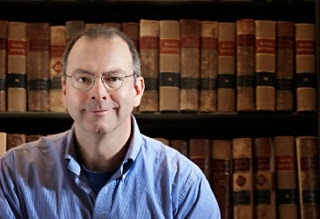 Mark D. Diehl writes novels about power dynamics and the way people and organizations influence each other. He believes that obedience and conformity are becoming humanity’s most important survival skills, and that we are thus evolving into a corporate species.

Diehl has: been homeless in Japan, practiced law with a major multinational firm in Chicago, studied in Singapore, fled South Korea as a fugitive, and been stranded in Hong Kong.

a Rafflecopter giveaway
Posted by Maria at Friday, April 11, 2014