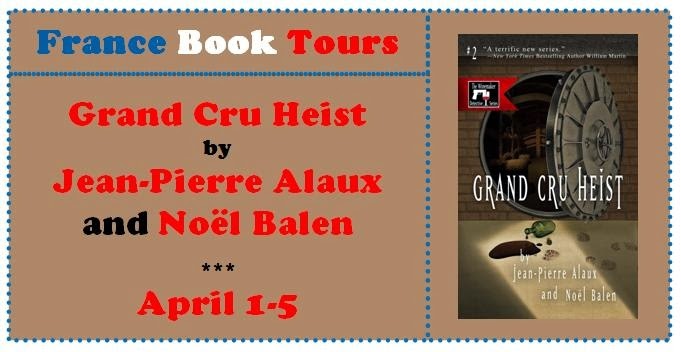 Welcome to my stop on authors Jean-Pierre Alaux and Noël Balen’s Virtual Book Tour for Grand Cru Heist, presented by France Book Tours.  Please leave a comment or question for the authors to let them know you stopped by.  You can follow the rest of their tour here. 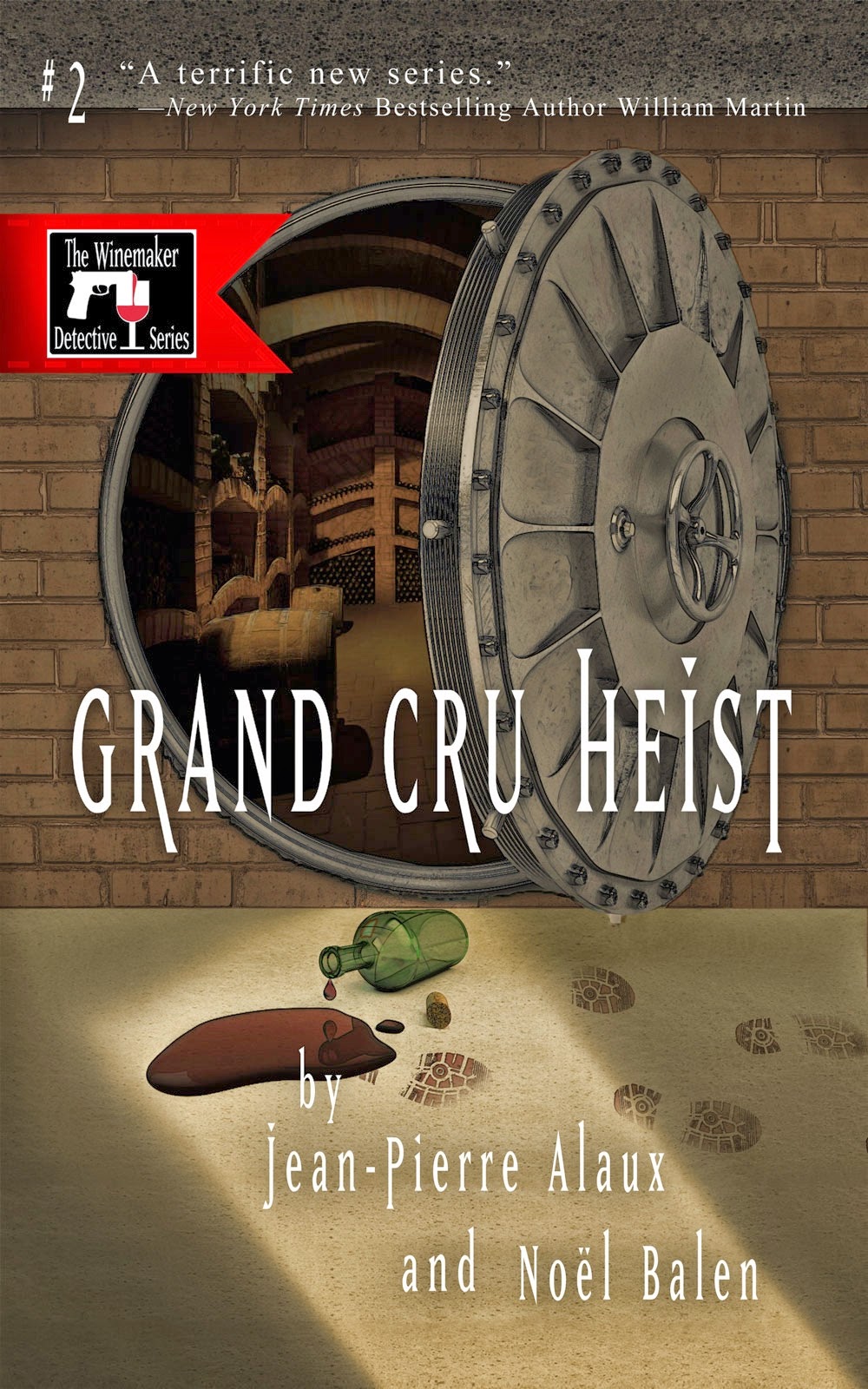 After Treachery in Bordeaux, here is another Epicurean whodunit in French wine country. Immerse yourself in French countryside and gourmet attitude with our wine-loving amateur sleuths. This time they gumshoe around the Loire Valley before heading back to Bordeaux.

One winter day in Paris, renowned wine critic Benjamin Cooker’s world gets turned upside down when his car gets highjacked. He loses his treasured tasting notebook and his feeling of safety. To recover, he retreats to the region around Tours, sure that the wine and off-season calm will restore is sense of self. There a flamboyant British dandy, a spectacular blue-eyed blond, a zealous concierge and touchy local police disturb his well-deserved rest.

From the Loire Valley to Bordeaux, in between a glass of Vouvray and a bottle of Saint-Émilion, the Winemaker Detective and his assistant Virgile turn PI to solve two murders and very peculiar heist. Who stole those bottles of grand cru classé? Take this Epicurean journey through France to solve the whodunit. 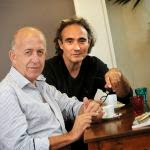 Jean-Pierre Alaux is a magazine, radio and television journalist
when he is not writing novels in southwestern France.  He is a genuine wine and food lover and recently won the Antonin Carême prize for his cookbook La Truffe sur le Soufflé, which he wrote with the chef Alexis Pélissou.

He is the grandson of a winemaker and exhibits a real passion for wine and winemaking. For him, there is no greater common denominator than wine.  He gets a sparkle in his eye when he talks about the Winemaker Detective series, which he coauthors with Noël Balen.

Noël lives in Paris, where he shares his time between writing, making records, and lecturing on music.  He plays bass, is a music critic and has authored a number of books about musicians in addition to his novel and short-story writing.

The translator, Anne Trager loves France so much she has lived there for over a half a century and just can’t seem to leave. What keeps her there is a uniquely French mix of pleasure seeking and creativity. Well, that and the wine. In 2011, she woke up one morning and said, “I just can’t stand it anymore. There are way too many good books being written in France not reaching a broader audience.” That’s when she foundedLe French Book to translate some of those books into English. The company’s motto is “If we love it, we translate it,” and Anne loves crime fiction, mysteries and detective novels.
***
Follow Le French Book on Twitter @lefrenchbook | on Facebook
Sign up to receive their latest news and deals

A car-jacked winemaker and connoisseur, two murders and stolen wine are at the heart of Jean-Pierre Alaux and Noël Balen’s second Winemaker Detective Mystery, Grand Cru Heist.  Continuing to develop the relationship between the main characters of their series, Benjamin Cooker and Virgil Lanssien, the authors take us on a journey across France as both men try to solve three different crimes, which seem to be connected.  While very different from most mystery books I’ve read so far, I enjoyed this book for numerous reasons.

When winemaker Benjamin Cooker is violently car-jacked and left on the side of the road, he mourns both the loss of his vintage vehicle and his precious notebook.  Recovering in a hospital, Benjamin, his wife Elisabeth and his young assistant/protégé Virgile, all decide the best method of recovery would be for Benjamin to take a vacation to “boost” his spirits before he returns to work.  While staying at one of his favorite hotels in the Tours region, Benjamin finds himself once again called into duty as an amateur detective and brings Virgile into the investigation as they try to solve two murders and the theft of some very special wine.

As I stated previously this is not your typical mystery, while Benjamin and Virgile do some light investigation work, most of the focus of the book is on the two men, their growing and changing relationship and the relationships they have with other people.  We get to see Benjamin take a more “fatherly” approach to his relationship with Virgile and we also get to see Virgile’s dry sense of humor develop as the story continues.  We also get to see how they deal with the local police and with other winemakers and merchants.

Will Benjamin and Virgile discover who committed the two murders? Is the stolen wine tied to Benjamin’s car-jacking or is it just a coincidence that the stolen wine was one of his favorite vintages? You’ll have to read Grand Cru Heist to find out.  I enjoyed it and look forward to reading more of this series.

FTC Disclosure: I received a complimentary copy of this book as a part of a book tour in exchange for a fair and honest review from the publisher via Edelweiss.
Posted by Maria at Thursday, April 03, 2014