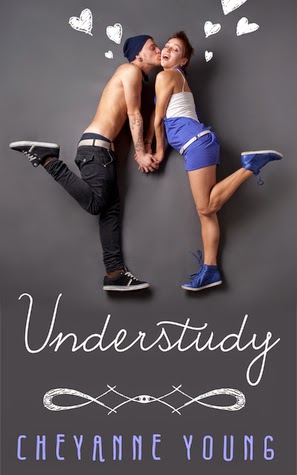 The high school play is in two months and senior Wren Barlow just became director. Wren still isn't over the fact that she got stiffed as a stagehand instead of the lead role that she totally deserved. Now she is in charge of rehearsals, costumes, navigating around cast member hookups and managing the real life drama at home.

The principal counts on her to succeed because tickets have been sold and the money has been spent. But when he drops a gorgeous bad boy on her and wants him to help the play for extra credit, she falls hard for someone she knows she can't date.

With everything spinning out of control, the mysterious and secretive detention king named Derek has a few tricks up his sleeve and wants to help—too bad Wren is scared to give him a chance to prove himself.

Cheyanne is a native Texan with a fear of cold weather and a coffee addiction that probably needs an intervention. She loves books, sarcasm, nail polish and paid holidays. She lives near the beach with her family, one spoiled rotten puppy and a cat who is most likely plotting to take over the world.

She also writes under the pen name Amy Sparling.

A Rafflecopter Giveaway
Posted by Maria at Wednesday, April 02, 2014