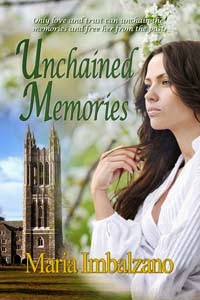 
As a rising medical malpractice attorney, Charlotte Taylor believes in standing up for the injured, giving them a voice, and advocating for their rights. She couldn't do it for her mother, so she does it for others, even if it means losing the love of her life.

Dr. Clayton Montgomery believes in working hard and playing even harder, until he reconnects with Charlotte. Barely noticing her crush when he tutored her ten years ago, Clay has a chance to make up for lost time when the beautiful lawyer comes back into town...until he discovers her chosen career path.

Now, philosophical differences soon become a reality and Charlotte is faced with the choice of representing a client against the hospital and against Clay. Will Charlotte give up her career and her tribute to her mother for a second chance with the man who got away?


Like magnets, Clay’s eyes clicked on Charlotte, unable to repel the force holding them. Her chestnut hair was held up in a loose, sexy do that had him itching to pull the pins to release it. Her strapless dress showcased a long neck and creamy shoulders that called out to be kissed. His involuntary focus on her lovely traits throughout the evening had made him a rude dinner companion; unable to answer even the easiest of questions.


He had come here tonight to socialize with the powers that be at the hospital, to talk up the ER, to lay the groundwork for future requests. But his concentration had been directed elsewhere. Since he’d squandered his opportunity to network, he should leave. But here he was at the bar at ten-thirty, waiting for a scotch and soda. The band was heavily into their Motown set and many of the revelers packed the dance floor.


Across the room, Clay zeroed in on Charlotte talking to a group of men, her red gown like a flame in a sea of black. He smiled. She sure knew how to turn heads. His included.


But he knew her better than those clowns. He knew the sweet, tough eighteen-year-old who’d lost her parents within hours of each other. The broken girl whose emotional health had worried Dr. Collins, their Chief of Surgery, much more than her physical wounds.

As the band segued into a slow song, Clay covered the distance between them. “Excuse us, gentlemen, but the lady promised me a dance, and I’d like to claim it now.” He deposited his drink on an empty table and guided her toward the dance floor.

“I don’t recall promising you a dance.” Her beautiful face held the hint of a smile.

He pulled her into his embrace, and moved with the music around the floor, feeling like one of the luckiest men there. Although she hadn’t promised anything, she glided around the room, following his lead. Her perfume intoxicated him more than any drink ever could, and the  movement of her graceful body against his had his heart palpitating.

Little Charley Taylor had certainly grown up, and he couldn’t help but wonder what it would be like to know her now. As an adult. Ten years removed from the time their lives had intersected. 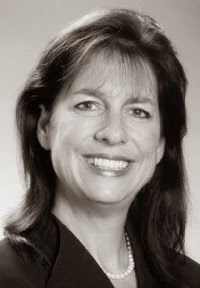 I was born in Trenton, NJ , in the heart of Chambersburg, the Italian section of town. My father was a barber and my mother, a State employee, who also taught me to jitterbug at the tender age of four. We loved to dance in the living room while watching American Bandstand. Hardly star material, but I was driven nonetheless. The product of a Catholic School education, I learned the basics, and took for granted  I would be successful doing something, even if it entailed cutting hair. I attended Rutgers University as a psychology major, but after three years decided I liked political science better. My first job led me to Manhattan where I worked as a paralegal for four years before attending Fordham University School of Law. There I learned to think like a lawyer, write like a lawyer, and speak like a lawyer, all while living like a pauper in the city of my dreams.

Living in New York City, albeit on a tight budget, allowed me to indulge my love of ballet, art museums, and theater. Did you know you could walk into a theater after intermission and no one checks your ticket? I enjoyed the second half of many plays as well as ballets.

My love of reading dates back to my childhood when I would borrow at least four books from the library every week. During the summer, I would sit in the house and read, until my mother, totally frustrated, would send me outside to play and lock me out. I always found my way back in. However, I must confess, I hated to write. In every English and writing class throughout college, I dreaded trying to be creative. As a friend from law school so aptly put it, “The reason why we’re here is because we don’t have a creative bone in our bodies.” I agreed.

Despite my dislike of creative writing back then, I embraced legal writing, and was first published in Volume 5 of the Fordham International Law Journal. My article was entitled “In re Mackin: Is the Application of the Political Offense Exception an Extradition Issue for the Judicial or Executive Branch?” I would advise you against reading it, for you will surely fall asleep.

Following law school, I returned to central New Jersey and took a job at a local law firm where I have been a partner for many years.  My area of practice is divorce, and while emotions run high and clients are living through the worst time of their lives, I find the practice very satisfying.  In addition to litigation,  I have added mediation and collaborative divorce to my repertoire, which are much more civil ways of dealing with issues in family law cases.

In addition to practicing law and raising two daughters, I’ve been working towards my second career.  Memoranda of Law and Legal Briefs, although fascinating, pale in comparison to writing romance/women’s fiction. So how does one transition from divorce lawyer by day to romance writer by night? That’s the beauty of having two distinct passions.

a Rafflecopter giveaway
Posted by Maria at Friday, April 25, 2014