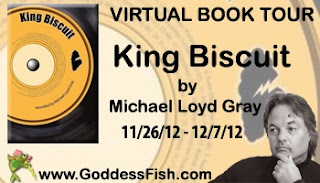 Welcome to my stop on Michael Loyd Gray's Virtual Book Tour for King Biscuit.  Please be sure to leave a comment or question below to let Michael know you stopped by.  Your comment will also enter you into Michael's tour wide giveaway of a $25 Amazon GC to be awarded to a randomly drawn commenter during his tour.  You can follow the tour stops here, the more often you comment, the better your odds of winning.


Guest Post- Michael Loyd Gray
Why Young Men Need Fiction Today - Argus As The Right Setting
Maybe its time for something called Dude Lit, or Young Dude Lit, since in recent years we have had Chick Lit. So, coming of age fiction about young men is another avenue readers can walk along. Why is Argus perfect as a setting? Well, for my character, seventeen-year-old Billy Ray Fleener, Argus, Illinois, embodies pretty much all that is all too familiar to him: narrow conservatism and few opportunities to do something big with his life. Argus is a pleasant small town, near a pleasant lake, populated with many pleasant people – but for Bill Ray, that’s the problem, perhaps – too pleasant. Too uneventful. He wants to see the wider world. And in my novel King Biscuit, Billy Ray escapes the conservative gravitational pull from Argus on a road trip by bus, first to Memphis and by way of New Orleans and then Helena, Arkansas, on the Mississippi River, to visit the grave of his Uncle Milt, who was killed in Vietnam. Along the way Billy Ray meets President Lyndon Johnson, Elvis Presley, a con man, militant nuns, and a rock band from San Francisco called Gravy is Groovy. If I may paraphrase Dorothy from The Wizard of Oz—Toto, we’re not in Argus anymore. 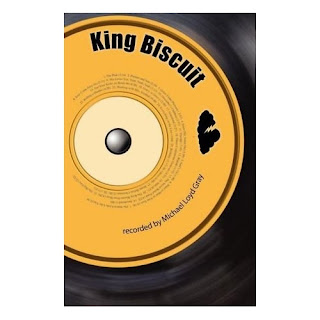 Blurb:
It’s 1966. The Beatles have taken over the airways, Star Trek is in its first season on NBC, and 389,000 American troops are stationed in Vietnam. A war is going on Argus, Illinois as well, between sixteen-year-old Billy Ray Fleener and his father. While his father dreams of Billy Ray joining the family business, Billy Ray dreams of moving to California, becoming a surfer, and getting into Margie Heinrich’s pants—not necessarily in that order. Instead, he gets a summer laying pipe and the dubious distinction of town hero after saving Purdy Boy, the mayor’s wife’s dachshund. When his beloved uncle and role model Mitch is killed in combat, Billy Ray feels like he must leave Argus or be stuck there forever. With little more than the clothes on his back, he hops a bus for Helena, Arkansas to visit Mitch’s grave. Along the way he meets up with a cast of characters as varied and polarized as America itself, from a marine captain home on leave to a band of hippies bound for Graceland. Each teaches him something about love, loyalty, and the true meaning of freedom, but what Billy Ray really learns is that everyone has the power to define who they are. He may have left Argus a boy, but he returns a man.

Excerpt:
Billy Ray had never heard of Moby Grape or Jefferson Airplane or Buffalo Springfield. And soon his thoughts had drifted back to Argus, back to Moss. There wasn’t anything he could do about that. He didn’t understand it and there wasn’t anything to do about it. Casualties, Milt had said. Life piles up casualties. Part of the deal. You move on as best you can and avoid becoming a casualty yourself. But Billy Ray understood it was still new to him and so he still was hurting inside for Moss, but accepted it was out of his hands. Life, that great maker of rules and decider of consequences, would sort it out. Or so Billy Ray figured. He’d said his goodbye to Moss and even prayed for him. Moss was the only one Billy Ray had told other than his parents about hitting the road to see the world beyond Argus; and Moss seemed relieved to talk about something other than his own problems. He understood that Billy Ray needed to escape, joking that he’d like to escape, too. When Wino pulled over for burgers in Cape Girardeau, the nearly-twins ate lustily, said hello to Billy Ray, then crawled back into their comas. “Saving their voices, I suppose,” Billy Ray told Wino. “Something like that.” 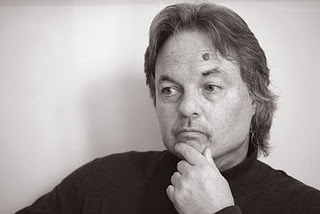 Michael Loyd Gray was born in Jonesboro, Arkansas, but grew up in Champaign, Illinois. He earned a MFA in English from Western Michigan University and has taught at colleges and universities in upstate New York, Michigan, Illinois, Wisconsin, and Texas. He graduated from the University of Illinois with a Journalism degree and was a newspaper staff writer in Arizona and Illinois for ten years, conducting the last interview with novelist Erskine Caldwell. He is the winner of the 2005 Alligator Juniper Fiction Prize and the 2005 The Writers Place Award for Fiction. Gray’s novel Well Deserved won the 2008 Sol Books Prose Series Prize. His novel Not Famous Anymore was awarded a grant by the Elizabeth George Foundation and was released by Three Towers Press, an imprint of HenschelHaus in 2011. His novel December's Children was a finalist for the 2006 Sol Books Prose Series Prize and was released in 2012 by Tempest Books as the young adult novel King Biscuit. He has written a sequel to Well Deserved called The Last Stop, and another two novels called Blue Sparta and Fast Eddie. Recently he finished a novel entitled The Salt Meadows. A lifelong Chicago Bears and Rolling Stones fan, he lives in Kalamazoo, Michigan, and teaches as full-time online English faculty for South University, where he is one of the founding editors of the student literary journal Asynchronous and sponsor of an online readings series featuring fiction and poetry. Website http://www.michaelloydgray.com/ Blog http://odious1.wordpress.com/ Pinterest http://pinterest.com/MichaelLoydGray/ Author’s page on Amazon http://www.amazon.com/Michael-Loyd-Gray/e/B002CX4LJ4/ref=ntt_dp_epwbk_0 Twitter http://twitter.com/moonpie125 Facebook http://www.facebook.com/michael.l.gray.562

Please be sure to leave a comment or question below to let Michael know you stopped by.  Your comment will also enter you into Michael's tour wide giveaway of a $25 Amazon GC to be awarded to a randomly drawn commenter during his tour.  You can follow his tour stops here, the more often you comment, the better your odds of winning.
Posted by Maria at Tuesday, December 04, 2012