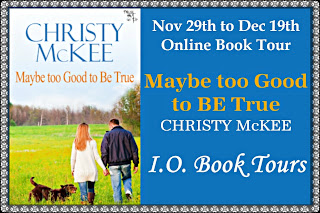 Welcome to my stop on Christy McKee's Maybe Too Good To Be True Online Tour.  Please make sure to leave a comment to let Christy know you stopped by.  You can fill out the Rafflecopter form below to enter her tour wide giveaway.  I'll be posting my review later this week. 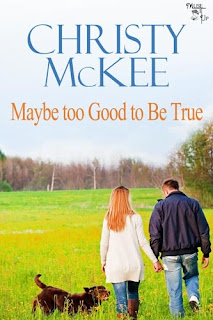 Maybe Too Good To Be True
by Christy McKee

Gabrielle March has always known her place in the world and it is clearly not in the ranks of the rich and famous. Now she’s about to get an amazing gift from someone who is rich and famous that will rewrite her past, change the course of her future and put her life in danger. As someone who’s always considered herself merely a spectator in life, Gabrielle will have to break out of the confines of that mind set to make her dreams a reality. All she needs is a mega dose of courage and some positive thinking— two traits in short supply—to finance her own video production company and take her rightful place in a world that should have been hers all along.

After surviving the divorce from hell, corporate king pin, Pierce Hastings, is back in the game. Finding the right woman was not happening until the exasperating, opinionated, utterly charming Gabrielle March invades his life. He’s baffled that a woman so outwardly bold and confident harbors such self doubt and low self esteem beneath her skin. Pierce wants to spend the rest of his life with her but first Gabrielle must learn to love herself and believe in her amazing talent. Known as the “fixer,” Pierce wars with himself to remain “hands off” until Gabrielle figures things out for herself and chooses to become the woman he knows she can be.

“Newspapers were never very favorable to my father,” he explained. “To the best of my knowledge, a newspaper reporter has never been invited to this house.” He wouldn’t tell her that his father referred to them as a pack of ill-bred, bloodthirsty hounds. Edward Hastings refused to return calls or grant interviews to any newspaper.

“Are you insinuating that I’m here under false pretenses?”

From beneath his sunglasses, Pierce looked directly into her fiery green eyes. "No, not at all Miss March. I was merely stating a fact.”

“The fact is, Mr. Hastings, it is not a reporter’s job to be favorable. They are in the business of finding and reporting the truth.”

“I hope this will put you at ease, Mr. Hastings. I own the newspaper. It’s been several years since I single-handedly set out to ruin anyone.”

Sarcasm, even with a lovely Southern accent, was still sarcasm.

"I see.” Pierce sounded duly impressed. “That’s certainly an accomplishment for such a young …” He froze when her eyes narrowed. What the hell was wrong with him? He careened from one blunder to the next.

"Tell me, is it my age or the fact that I’m a woman that bothers you?” Her face was considerably more colorful than the rest of her and he knew it had nothing to do with the heat.

Pierce was no chauvinist and certainly had no prejudice against successful females. After all, he’d been married to a talented trial attorney. Hadn’t he put his wife through law school? Hadn’t he supported Glenna in every way until she made partner in her firm and then announced that she’d changed her mind about having children and, by the way, she didn’t want to be his wife anymore either.

"I didn't mean that you weren't responsible.” His eyes returned to the very entertaining Miss March who had just snapped up the ball and was ready to run with it.

"What would someone like you know about responsibility anyway? You've probably never put in an honest day’s work in your entire over-privileged life. Flying around the world trying to stay one step ahead of reality. One of these days you’re going to have to come down to earth and see what it’s like in the real world.”

Where did the woman get her information? She’d obviously pegged him as some sort of wealthy derelict. Fired up, she was something. Misinformed maybe, but she had balls of steel. "For a newspaper woman, you’re lacking in your facts, Miss...."

Frenzied barking drew Pierce's attention skyward. Just as he looked up a huge black creature soared through the air, plunging down on top of him, upending his float and catapulting him to the bottom of the pool.

Max exuberantly dog paddled to his mistress and was rewarded with an affectionate pat on his broad head. "Perfect timing, Max." Gabrielle smiled and broke into laughter.

"What did you do, signal him to attack?” Pierce sputtered, trying to locate his five hundred dollar sunglasses.

"Don't be silly.” She laughed. "It's just Max's way of thanking you for the afternoon snack."

Max offered up a cheerful bark. The behemoth black dog actually looked pleased with himself. He was a retriever for God’s sake; he should be down there looking for Pierce’s glasses. 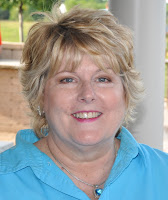 In one media or another, Christy McKee has written her entire life. In middle school, she started a neighborhood newspaper in her hometown in Ohio. Stories about whose poodle just had puppies or where the Millers spent their vacation were pretty boring—at least to her— so she embellished with a few bits of overheard gossip which got her into big time trouble with the neighbors. Amid a flurry of apologies issued by her parents, Christy’s news operation folded overnight and she was shipped off to a nearby summer camp. Clearly she was not cut out to be a newspaper woman.

Christy’s degree in Radio-TV-Film opened a world of creative possibilities. She enjoyed her work as a reporter and news anchor in Missouri and Ohio, but after a few years she gave in to her creative itch and moved into production. Although not as glamorous as being “on air” it satisfied her growing passion to create a story and characters—even if those characters only existed inside a 30 second TV commercial. It was a short time fix for someone who craved a more diversified range of opportunities. Christy took a brave leap—sacrificing a regular paycheck— to work as a full time freelancer, writing/producing everything from travel brochures to radio commercials. It wasn’t enough— she wanted to create her own fictional world and fill it with unforgettable characters. Finally three years ago, Christy beat back self-doubt and embraced the risk and exhilaration of writing and never looked back.

After four incarnations and a year under the bed, Christy’s debut novel Maybe Too Good to Be True was released in August, 2012. She lives in Ohio with her family and her two “Lab” assistants, Gracie and Lambeau.

a Rafflecopter giveaway
Posted by Maria at Tuesday, December 11, 2012