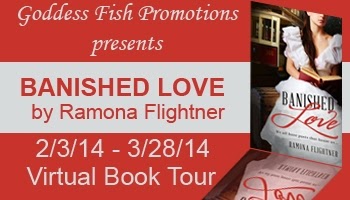 Welcome to my stop on author Ramona Flightner’s Virtual Book Tour for Banished Love, presented by Goddess Fish Promotions.  Please leave a comment or question for Ramona to let her know you stopped by.  You can enter her tour wide giveaway by filling out the Rafflecopter form below.  You can also follow the rest of Ramona’s tour here, the more stops you visit, the better your odds of winning.

When I think of an ideal writing space, I always envision a desk free of clutter overlooking a bucolic scene from a bow-fronted window. Light streams in from the window and a cat is curled up on one corner of the desk, sleeping in absolute contentment. A cup of tea is next to the computer, and soothing music plays in the background.

So much for ideals. In reality, I’ve never written in such a place. I write wherever I can. Sometimes it’s in a crowded café as I await the arrival of a friend. I scribble on bits of paper as I have forgotten my notebook and I hope I have enough paper to cram all my ideas down before I forget them. Other times it’s when I am crammed into an airplane seat with barely enough elbow room to write long hand into my writing notebook. Generally, I write in a recliner with a cat on my lap. I have papers and research books strewn all around me and I look like a mad writer. I always have a pot of tea with a well- used teacup next to me, the latest pot of Irish tea steeped and ready to be drunk.

My desk is cluttered, covered in piles of paper and research and the thought of cleaning it off is so overwhelming that I look away and return to my writing. My desk faces a white wall, so no inspiration from the outside would be found if I did sit at it. Instead, I ignore the disaster that is my desk and leave organizing it for another day. Or year.

I have heard many people say that they need to write in a clean environment. That cleanliness soothes their mind and allows them to think. I can work anywhere and clutter does not bother me. I sometimes wish it did and then I’d live in a clean, organized home. Instead, I write and write, with little care to where I am as long as the words continue to flow.

Do you have an ideal writing space? Are you currently writing in it? 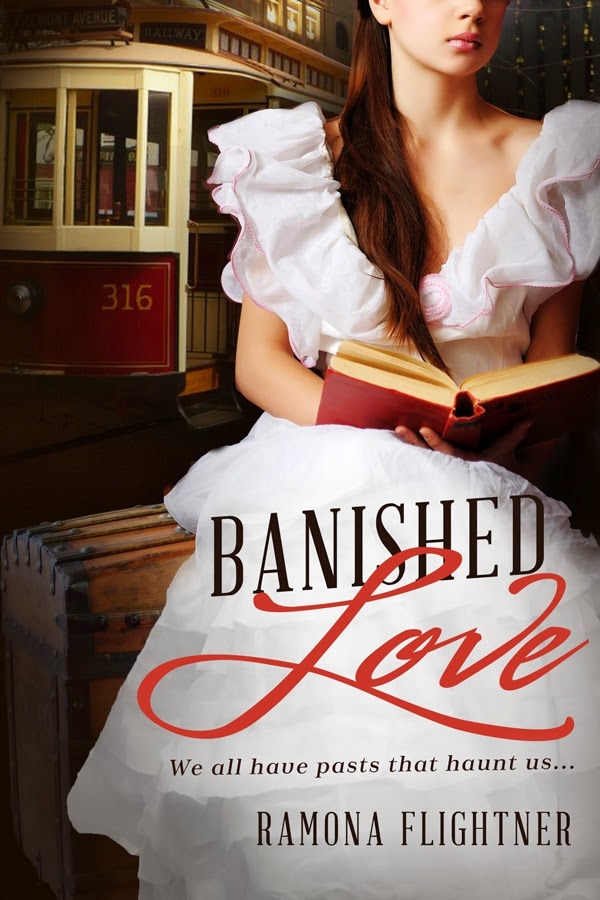 Clarissa Sullivan dreams for more from life than sipping tepid tea in stifling parlors in Victorian Boston. She defies her family’s wishes, continuing to teach poor immigrant children in Boston’s West End, finding a much-needed purpose to her life.

As a suffragette, Clarissa is considered a firebrand radical no man would desire. For why should women want the vote when men have sheltered women from the distasteful aspects of politics and law?

When love blossoms between Clarissa and Gabriel McLeod, a struggling cabinetmaker, her family objects. Clarissa’s love and determination will be tested as she faces class prejudices, manipulative family members and social convention in order to live the life she desires with the man she loves.

Will she succeed? Or will she yield to expectations?

BANISHED LOVE follows Clarissa Sullivan on her journey of self-discovery as she learns what she cannot live without.

“You’ve known my beliefs for some time,” I croaked out.

“A schoolgirl’s idealism,” she snapped. “Nothing to be acted on.”

Mrs. Chickering cleared her throat, as though to remind Mrs. Smythe she remained present. “I think it takes a tremendous strength of character to have beliefs and then actually act on them,” she said with her own fervor. “I would hate for women to lock away their desires for a better world once they leave school or marry. They, as women, have lives, have hopes and dreams for the future, independent of what a man might want.”

“How dare you come into my house and tell me that what I have is not sufficient?” Mrs. Smythe gasped.
“I am saying no such thing, Mrs. Sullivan,” Mrs. Chickering replied. “I believe you need to understand that your stepdaughter has beliefs and aspirations that are different from yours.”

“Aspirations that include the vote?” Mrs. Smythe scoffed. “Men have voted in the past, they will continue to vote, and I have no desire of it. I feel as my husband does on all things to do with politics, so it would only be giving the same politician two votes rather than one. There’s no purpose to women having the vote.” Her eyes flashed, true enmity in their depths as she glared at Mrs. Chickering. “And didn’t we women of Massachusetts show you suffragettes we didn’t want the vote in’95? No one voted for women to become enfranchised then, and they won’t now.” She sighed loudly, as though trying to calm herself.

“An aspiration for independence?” Mrs. Smythe continued, unable to stop speaking. “Are you telling me that someday it should be lauded, hoped for, that young women become independent and have no need for marriage? No need for children? How could that ever be a hoped-for future? You and your group want too much for women. Women should focus on their home, on creating a moral, upstanding environment in which to raise children. She will want for nothing if she has such a home,” Mrs. Smythe argued.

“So I suppose women should remain tied to the kitchen stove with children at their ankles, and a husband who might, or might not, come home with a paycheck as their only recourse?” Mrs. Chickering countered. “Relying on the benevolence of men to write laws and enforce them without women having any involvement in the legislative process? Sitting at home knitting, hoping that men will ensure that our rights are protected? That is all you envision for women? Nothing more?”

“It has been enough for generations. I do not know why it should need to change now,” Mrs. Smythe snapped, banging down her teacup with such force I thought she might crack it.

“Was that enough for you in your first marriage, Mrs. Sullivan?” Mrs. Chickering asked, pinning her with an intense gaze. 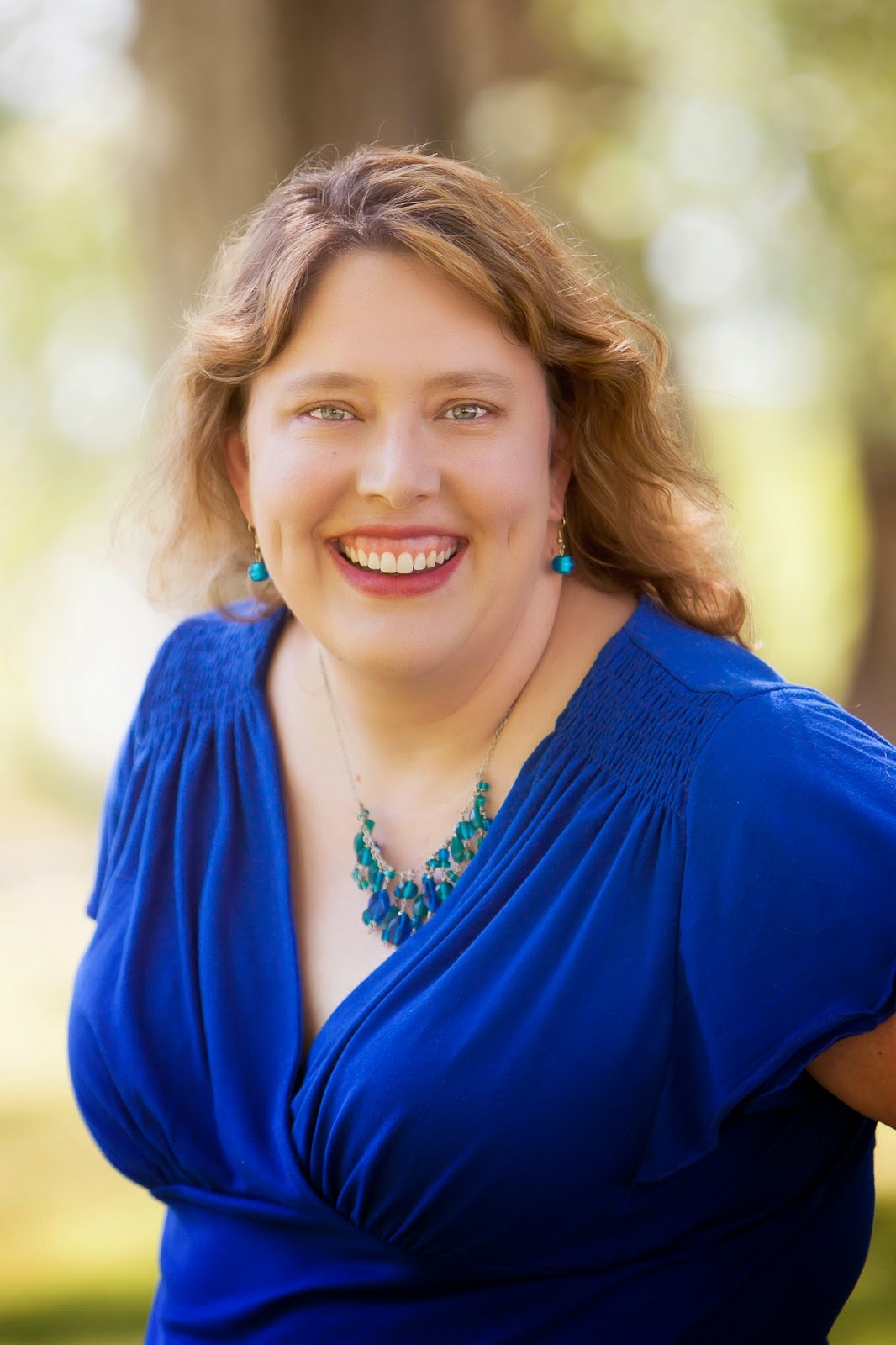 Ramona Flightner is a native of Missoula, Montana. After graduating from Tufts University with a B.A. in Spanish, she earned a Masters degree in Spanish Literature from the University of Montana. Her Master’s thesis, Chilean Testimonial Literature: the collective suffering of a people, highlighted her continued interest in the stories of those who were at risk of being forgotten or silenced.

She studied nursing at the University of Pennsylvania and graduated with a Master’s in Nursing as a Family Nurse Practitioner. She has worked for ten years as a family nurse practitioner providing care to the poor and under insured at two community health centers, first in Wilmington, Delaware and now in Boston, Massachusetts.

An avid reader, she began writing three years ago. She enjoys the demands of research and relishes the small discoveries that give historical detail to her books.

Ramona is an avid flyfisher and hiker who enjoys nothing better than spending a day on a remote Montana river, far from a city. She enjoys research, travel, storytelling, learning about new cultures and discovering new ways of looking at the world. Though she resides in Boston, Massachusetts, Ramona remains a Montanan at heart.

Her dreams are to see the plains of East Africa, marvel at the wonder of Petra in Jordan, soak in the seas of the South Pacific, and to continue to spend as much time as possible with her family.

Banished Love is her first novel and is the first in the forthcoming Banished Saga.

a Rafflecopter giveaway
Posted by Maria at Monday, March 24, 2014