Let ‘er buck!
The Cowboy and the Vampire Reboot

The phrase “you can’t judge a book by its cover” is a lie. It’s a damn lie. People do it all the time. Art is truth.

To mark the upcoming May 2014 release of the third book in The Cowboy and the Vampire Collection, the series was treated to a gothic western makeover, with artwork commissioned exclusively for the series.

“We wanted to give readers something special and the new covers get right to the heart of the series,” said co-author Hays. “Go on and judge the books by these covers! They bring together the paranormal and the western elements perfectly, setting a dark tone with just a hint of the humor.”

“Each time you look at the images, you see something a bit different, even more of the opposites-attract romantic theme pops, and the overtones of simmering passion,” said co-author McFall.

Get caught up on the love between Tucker and Lizzie now before the release of book three. 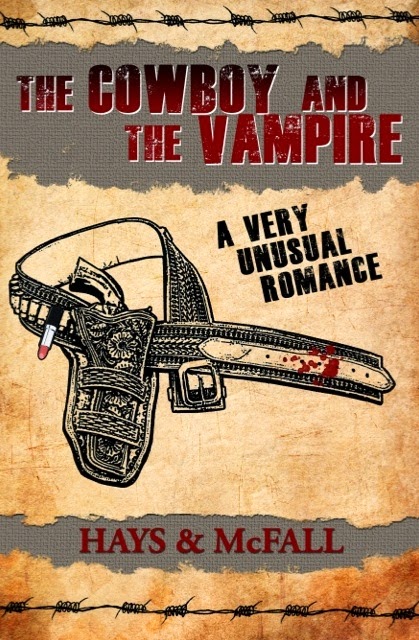 Welcome to LonePine, Wyoming, where the best of the American west faces off against the rise of the undead. It’s a love story for the ages.

Worlds collide when a broke cowboy and a glamorous big city reporter fall lipstick over boot heels in love. But she carries a 2,000-year-old secret in her veins that will test their unusual romance.

Saddle up for a hilarious, existential gallop through the dying west with an army of ancient bloodsuckers in hot pursuit. 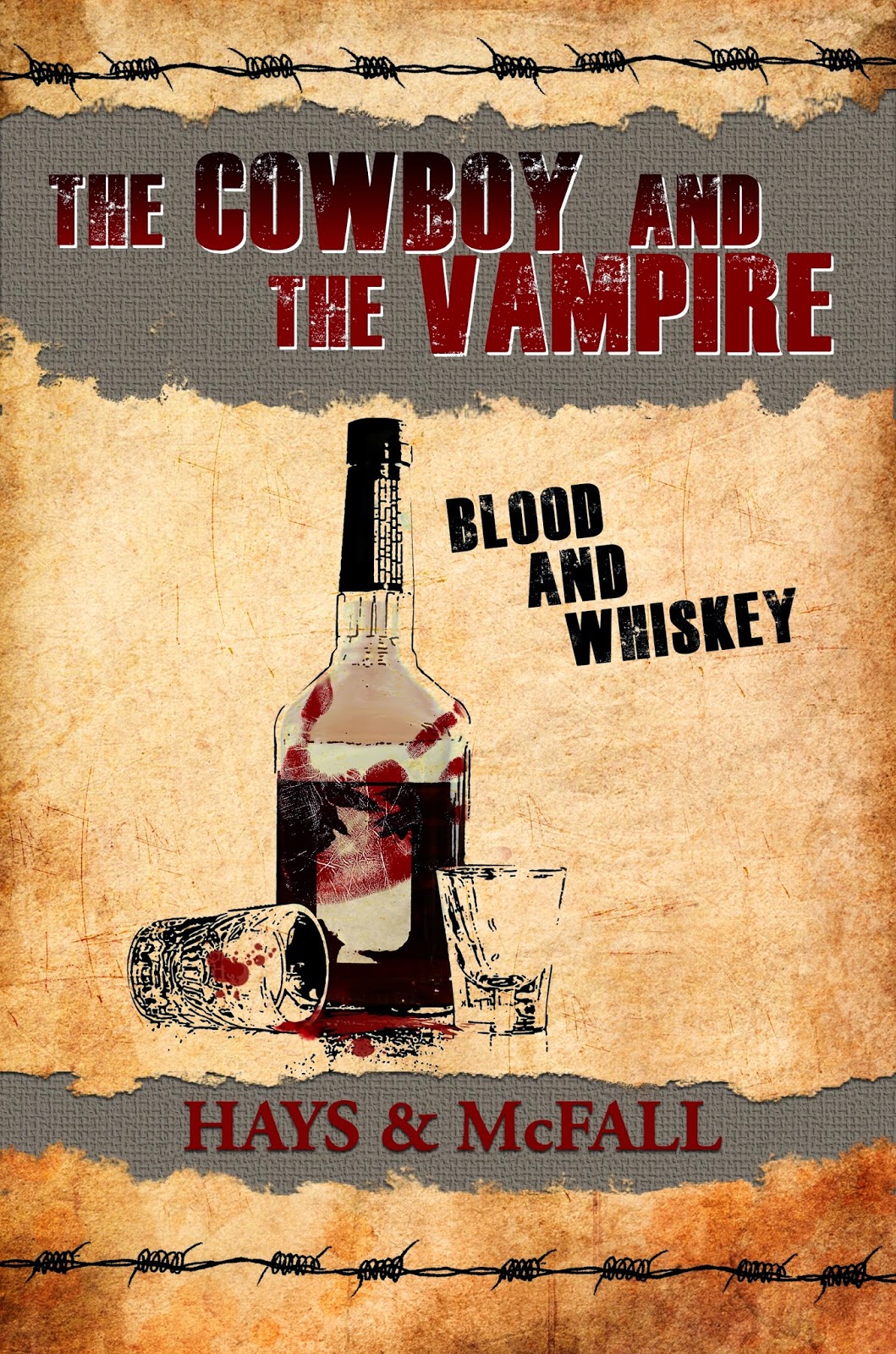 Welcome back to LonePine, Wyoming. It’s like any other slowly dying town in the modern American West. Except it’s suddenly lousy with vampires.

Cultures clash as the vampire illuminati ride into town to settle ancient scores, test loyalties and thrash out a new world order. Can the fragile relationship between a cowboy and a vampire survive lust, betrayal and country music?

Grab the reins and hold on tight as Tucker and Lizzie stampede through rural America and across the vampire afterlife, desperate to protect their unlikely love.

The first book of this series, A Very Unusual Romance, was published in 1999, long before the vampire craze. With comparisons to Anne Rice and Zane Grey, the book gained a devoted following with initial sales of more than 10,000 print units. Fast forward a decade, and the publisher (Llewellyn) brought out the book as a second edition in 2010, aiming to capitalize on the Twilight mega-hit. Meanwhile, the authors wrote the second book in the series — Blood and Whiskey — bringing it out under their own imprint (Pumpjack Press, 2012). In 2013, they gained the rights back for the original book, and now, with book three poised for publication in May 2014, the restored Cowboy and Vampire series has been redesigned with exclusive art and is coming out for the first time in 15 years as a complete collection. Yippi-ki-yay! 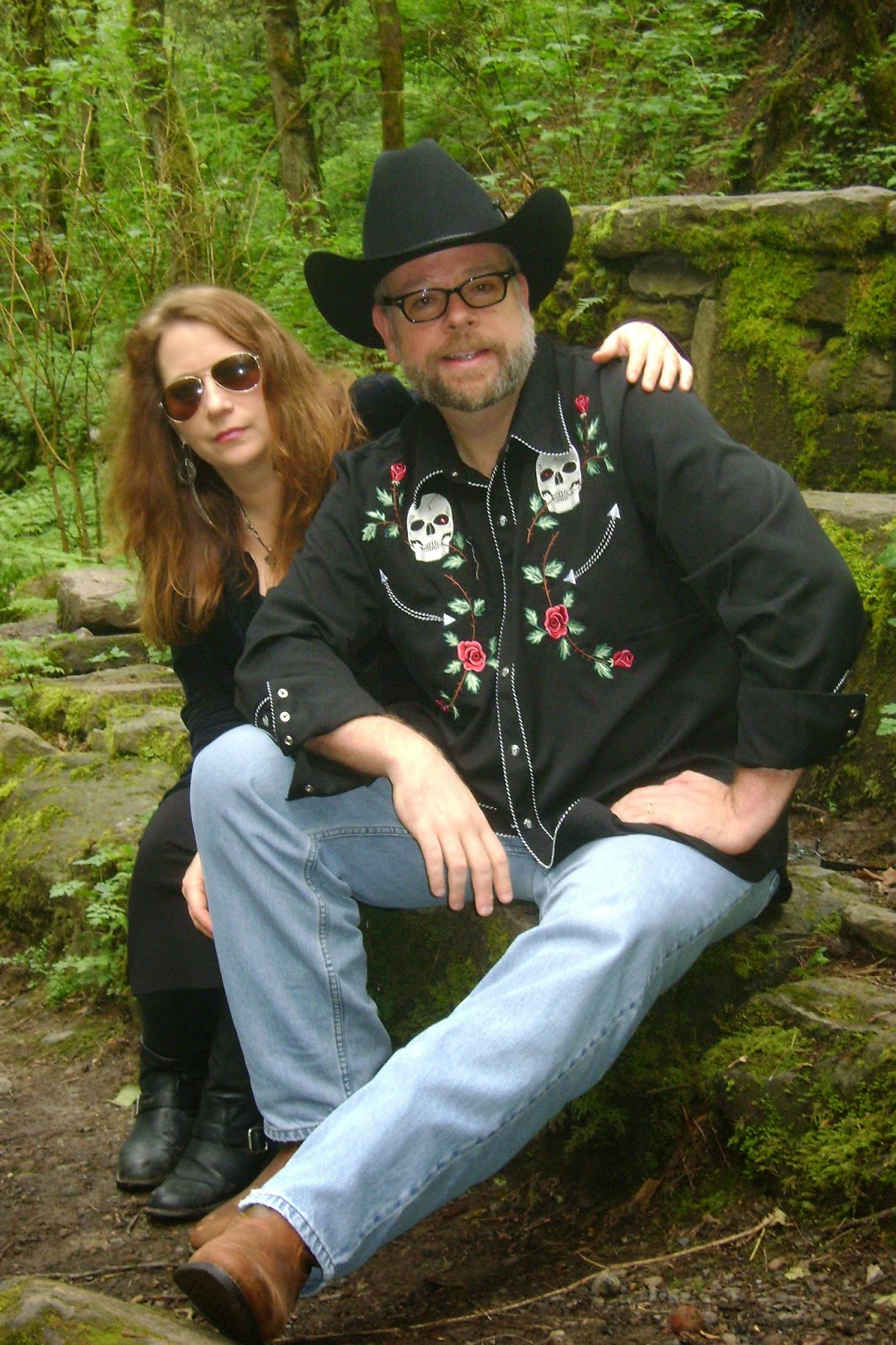 Between the two of them, Clark Hays and Kathleen McFall have worked in writing jobs ranging from cowboy-poet to energy journalist to restaurant reviewer to university press officer. After they met, their writing career took center stage when they wrote the first book in The Cowboy and the Vampire Collection as a test for marriage. They passed. Clark and Kathleen now live in Portland, Oregon.

Connect with the authors:

When asked about his biggest artistic influences, Aaron Perkins says there are too many to name, but when pressed mentions Gustav Klimt, Modigliani and the full-on art deco and nouveau movements, abstraction expressionism and surrealism. Aaron is also a big fan of concert poster art. That heady and diverse collection of inspiration shows up in The Cowboy and Vampire Collection covers.
Connect with the artist:

An interview with the artist here