Bethlehem took her first breath as her mother took her last.

Left to survive in overcrowded Ethiopian orphanages, she developed survival skills rivaling a warrior - a fierce, independent fighter before she could walk or talk. As she approached her second birthday, Bethlehem lived her days guided by two rules: everyone leaves and trust no one.

A world away in Canada, Tory Witcraft is trying to adopt from Ethiopia with her husband, Matt, when her adoption agency goes bankrupt, threatening her dreams of becoming a mother. Against the advice of many, including government officials threatening to revoke the adoption, she goes to Ethiopia, and her new daughter, Bethlehem.

When they finally meet, both mother and daughter struggle to connect, each trapped by their own fears and demons. Emotions and tempers run hot. Hearts and dreams collide, shattering a family before it could fully form.

The adoption journey was difficult, but no one expected the hardest part of the journey would begin once they met.

An itty bitty little thing of a girl came running into the room. Bouncing high with each step as she flew at them and promptly threw herself into Matt’s lap. Tory’s hand clutched her face, her breath stopped in her chest as she watched Matt draw the little girl close. His body rocked as he held her, his face split into a smile of pure joy.
“Daddy!” she cried out in a squeaky voice. She grabbed Matt’s face kissing each cheek with a big, slimy, open mouth kiss.
“Bethlehem!” Matt breathed out as he hugged her and kissed the top of her head.
“Bethlehem,” Tory whispered the name, as if saying it for the first time as she took in the face of the little girl she had studied through pictures for months. Blowing up the pictures until she could examine every facet of the the little girls features. Seeing her up close, face to face, finally close enough to touch left Tory breathless. Her skin itched to touch her. With a tentative hand she stroked her back. 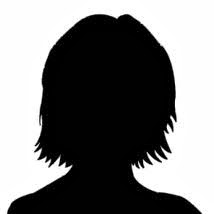 P.R. (Piper) Newton is a proud geek mom of two little boys, one through birth, one through adoption. She has a background in psychology and continues to take post-grad courses in childhood trauma and development. In her writings she loves to explore the human mind, putting her characters through unthinkable things, just to see how they react. She is a full-time author, who believes in the magical, creative inducing powers of arm warmers and stripy socks.