Welcome to my stop on author Marilyn Levinson’s Virtual Book Tour for Murder A La Christie, presented by Great Escapes Virtual Book Tours.  Please leave a comment or question for Marilyn to let her know you stopped by.  To enter the giveaway on my blog, please fill out the Rafflecopter form below.  My review is running late but will be posted ASAP.  You can follow the rest of Marilyn’s tour here.

The Importance of the Setting by Marilyn Levinson

I consider the setting of my mystery series very carefully before I start to write the first chapter of the first book. While all my series take place on Long Island, the setting of each series is unique and vastly different from the others. Setting evokes mood, and is often a character on its own. Which is why I carefully choose the terrain, the architecture of the buildings, the layout of the town, and the economic level of the town’s residents. I generally create a town or village and place it in close proximity to real places and landmarks. This allows me a good deal of freedom while grounding the setting in reality, which my readers like.

Old Cadfield, the setting of my latest mystery, Murder a la Christie, the first book in my Golden Age of Mystery series, is an upscale picturesque village surrounded by multi-million dollar homes on acre and two-acre plots. I had an actual wealthy community in mind when I began writing the novel, but like all my settings, Old Cadfield soon took on a life of its own. The village’s affluent lifestyle impacts its residents, many of whom aren’t as wealthy as their neighbors imagine. As my sleuth Lexie Driscoll discovers, they often hide their peccadillos behind a wall of respectability. House-sitting in an award-winning designer home, Lexie feels a bit out of her element living in the lap of luxury as she goes about trying to find out who is murdering the members of the book club. She’s hurt and disappointed when her best friend closes rank with the other Old Cadfield villagers and tries to stop her from uncovering too many of their secrets.

The setting of my Twin Lakes series is an upscale retirement community. My sleuth Lydia Krause moves to Twin Lakes in A Murderer Among Us, the first book in the series. Newly widowed and having just sold a successful business, Lydia is about to begin a new chapter in her life. Ahead of her are murders to solve, friendships to forge, her daughters’ problems to resolve, and a budding romance.

In Giving Up the Ghost, Gabbie Meyerson comes to Chrissom Harbor in the dead of winter to teach English as the local high school. She rents a cottage situated on a bluff above the Long Island Sound, and discovers she has a housemate—the ghost of Cameron Leeds, who used to live in the cottage. Cam’s body was discovered on the beach below the buff, supposedly of an accidental fall. But Cam knows someone murdered him, only he doesn’t know who. He nags Gabbie until she agrees to investigate. The lonely cottage, the surrounding woods, the blue collar town that doubles in size in the summer months when the summer people come all impact on the mood and ambience of my novel.

As you can see, I usually base my settings on places I’m familiar with, and change them to suit my story. When writing a novel, your setting should be working for you, creating atmosphere and mood. Have your victim be discovered in a unique location. And don’t forget to include real towns and festivals. Your setting adds color to your novel and another dimension to your readers. 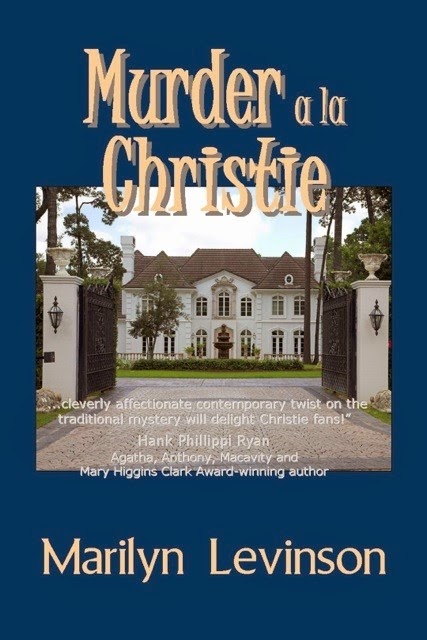 Professor Lexie Driscoll is leading a discussion of Agatha Christie’s novels at the first meeting of the Golden Age of Mystery book club, when an old friend is murdered. A free spirit, Lexie finds herself outside her element housesitting in the upscale village of Old Cadfield. As she unravels secret after secret, more members are murdered. Lexie employs Miss Marple’s knowledge of human nature and Hercule Poirot’s cunning to find the killer. 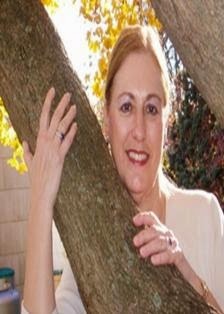 Marilyn Levinson, a former Spanish teacher, writes mysteries, romance, and books for children and young adults.
Her romantic suspense, DANGEROUS RELATIONS, is a love story entwined with an intriguing mystery. GIVING UP THE GHOST is an entertaining ghost mystery. A new edition of A MURDERER AMONG US, which won a Best Indie award from Suspense Magazine in 2011, and its sequel, MURDER IN THE AIR, are out with Untreed Reads this winter. A ghost, a mansion, and a feral Maine Coon cat feature in Marilyn’s most recent YA, GETTING BACK TO NORMAL. Three of her popular out-of-print children’s books, AND DON’T BRING JEREMY, NO BOYS ALLOWED, and RUFUS AND MAGIC RUN AMOK are now available as ebooks.

Marilyn is co-founder and past-president of the Long Island chapter of Sisters in Crime. She lives on Long Island. 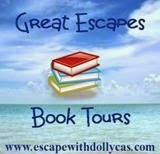 a Rafflecopter giveaway
Posted by Maria at Tuesday, March 18, 2014