So I'm going to try starting a new weekly meme letting you know what I'm watching when I'm not reading a book.  To me a good book plays out like a good movie on the screen, as I read the scene unfolds in front of me.  I'm a little more forgiving of actual movies and TV than I am of books but I still have to be entertained and the plot needs to be well developed and executed.

A riveting new thriller that takes you inside the world of crime and intrigue and shows you just how far one woman will go to protect her family. Meet Marta Walraven (Radha Mitchell - Melinda and Melinda) a suburban housewife who's living the good life in Northern California. She has a loving husband, a beautiful home overlooking Sausalito, and three amazing kids.

But behind this perfect facade is a family of organized criminals. Marta's father, her brother, and husband Franklin all make their living through illegal means, and up until now, she has turned a blind eye to this fact. But when Franklin is murdered, Marta uncovers a tenacity she never knew she had. She'll do whatever it takes to avenge his death and keep her family alive.

Even if it means filling her husband's shoes and joining the family business. As Marta digs into this dark underworld, she'll test her own strength, relying on her resourcefulness, determination and family ties like never before.

First I want to say that I grew up watching police procedurals from the time I remember watching TV.  While I was too young to watch many of the older "cop & robbers" shows the first time around, I did catch most of them on re-runs.  This of course has led to my love of all movies and tv shows based on crime - yes, I've been a Law & Order junkie, CSI fan and pretty much everything in between.

I love the premise for this show, the idea of the wife/mother having to take over the criminal enterprise to protect her family and hopefully figure out a way to go legitimate and break free of the life of crime she's being forced to live.  Of course the problem with any great idea is the execution and this is where I'm afraid to say I think Red Widow falls terribly short.  The two hour premier moved slowly, had a lot of plot holes and for the most part was so unbelievable that the water cooler talk between my friends and I was more about how annoying the pilot was and a silent prayer that things would improve with the next episode.

We're supposed to believe that Marta Walraven, the daughter of a professional Russian criminal, is living the good life in North California and just turns a blind eye to her husband's criminal enterprise.  An enterprise which keeps them in a huge house with new cars and her penchant for designer clothes.  We're supposed to believe that Marta's husband Evan (played by the sexy Anson Mount, who was the wrong choice for this role) is so weak and naive (even though he's been a criminal and dope dealer for years) that when his brother in law, and junior partner, steals over a million dollars worth of drugs from one of their biggest suppliers, he's going to do nothing about it and go along with his brother in laws plan to sell it to a "new contact".  Regardless of the fact the man the drugs were stolen from is Mr. Schiller, the largest criminal, and most dangerous man in town.

In case things weren't looking bad enough for Evan, the FBI is crawling all over his business hoping he'll eventually give in, admit he's a criminal and serve up Schiller on a silver plate.  Even I could see where this was going; Evan gets shot and dies leaving Marta stuck between the FBI (who don't show one ounce of remorse over her husband's death) and the criminal kingpin everyone knows better than to cross.

The only thing that made me tune into episode two was the chance that Marta might get a clue and that I'd get another chance to feast my eyes on the criminal kingpin, Mr. Schiller, played by Goran Visnjic.  Unfortunately Marta is still mostly clueless and her family becomes her biggest handicap (I can't even discuss her children without wanting to hit something).  She's forced to choose between doing whatever, and whenever, Mr. Schiller demands or leaving her children orphans.  And in the process, somewhat innocent people get caught in the crossfire. 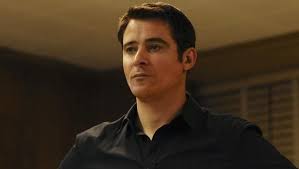 Survival/Renewal  - Push come to shove.....probably won't survive as the second airing actually dropped in the ratings.

That's my take on this week's entertainment.  Agree or Disagree?  Leave your comments below:)