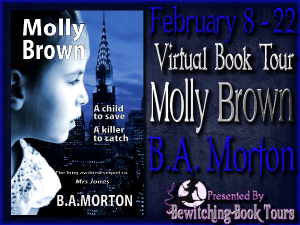 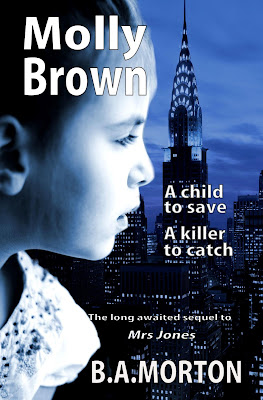 
Book Description:
A Child to save.
A Killer to catch.
Tommy Connell’s playing with the bad guys again, but this time the rules have changed...and he still hasn’t learned to play nice!
Connell’s keeping the wolf from the door, rooting out bad cops for his buddy Gerry Gesting. He’s handed in his badge, turned his back on all that, but...
When a weird little kid disappears into the night and no one gives a damn including the cops, he reckons that maybe someone should take another look.
The good cops are busy hunting down a serial killer...good.
The bad cops are busy hunting down Connell...not so good.
The serial killer, well he’s looking for victim number twelve, which is... definitely not good.
And little Molly Brown is about to throw an almighty spanner in the works.
Connell’s dabbling in things that he shouldn’t and it’s not the first time...

Excerpt from Molly Brown – chapter 13
Connell has just learned some disturbing facts about the case and the victims of the serial killer. He has to put all that to the back of his mind when he meets Molly for the first time:
She’d dragged out her coat and was sitting crossed legged upon it. She’d been there for some time, the empty happy meal box discarded by her side. She watched him unblinking through thick lenses, her hands clenched tightly together in her lap, clutching her latest work of art.
Connell blinked slowly, not sure whether this was yet another apparition, or that maybe he was still sleeping. “Hiya Molly,” he said softly, his voice still thick with sleep. He felt the need to clear his throat, but fearing it would startle her he swallowed instead. “I’ve been waiting for you.”
Molly said nothing, but Connell noticed the slight tremor in her clenched hands. It transferred to the paper, causing the lion drawn upon it to shake its mane. The way she pulled at her bottom lip nervously, reminded him of Lizzie. He gestured to the empty burger carton. “You still hungry?”
She shook her head, so slightly he might have missed it, if he hadn’t been watching real close. Her face was dirty, as if she’d tried her best without soap or a mirror and she’d left an unmistakable tide-mark. Her hands seemed clean enough but her fingers were stained with marker pen. She clenched them further as he watched.
She was tiny, not much bigger than Joe, despite being four years older. Undernourished, almost otherworldly in appearance, her skin pale, her hair bravely tangled into rough plaits without the assistance of a brush or indeed a mother’s gentle caress. Behind the shield of her intense scrutiny of him, there was an immense sadness that seemed to emanate from her. He felt it as clearly as if she had held out her hand to him.
He had to get her out, had to get her someplace safe. Where someone who cared, could wrap her up and just hold her. He’d never seen a child who looked quite so lost.
“You wanna get your things together, Molly?” he asked. Thankful that his own things, the notebook and the scattered newspaper cuttings; had been gathered and tucked away safely before he’d fallen asleep. He checked his watch, it was almost seven. Damn, he’d have no time to take her to a place of safety and no way was he prepared to leave her behind, not now he’d finally found her and certainly not after what he’d just read.
She continued to watch him hesitantly and he guessed he was asking a lot. She was a scared child and he’d just invaded the only safe place she had. To expect her to suddenly trust him, some guy she’d never met, was perhaps a step too far. 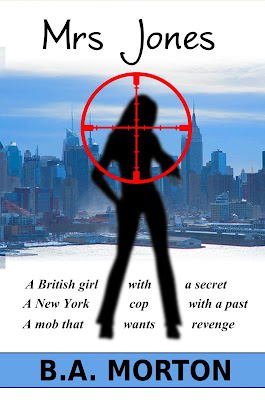 Publisher: Taylor Street Publishing
Date of Publication: April 7, 2012
ISBN: 978-1468116885
ASIN: B006OEVRBM
Number of pages:256
Word Count: 88.000
Cover Artist: Bradley Wind
Amazon
Book Description:
A British girl with a secret.
A New York cop with a past.
And a mob that wants revenge
In the slickest, sexiest novel to come out in a long time, ruggedly tough and honest cop Detective Tommy Connell picks up an English girl, Mrs Jones, who claims to be the witness to a murder, and falls in love with her. Well, Mrs Jones, whoever she is, must be very attractive because an awful lot of people seem to want to get their hands on her if they can get her away from Connell's determined hands, including some organized crime boys along with the Feds.
Detective Connell definitely has his work cut out for him if he wants to end up with the body of Mrs Jones, dead or alive, that's for sure. All-in-all it's probably safe to say he hasn't a clue what is going on. It is probably equally safe to guess that Mrs Jones does. Not that 'safe' is quite the right word to use here. 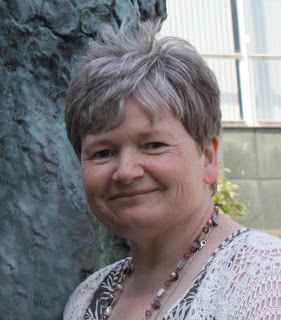 About the Author :
Born in the North East of England, B.A.Morton writes crime fiction and historical fantasy all with a smidgeon of romance thrown in. After a twenty year civil service career, she and her family escaped the rat race and relocated to the remote beauty of the Northumberland National Park. She now works part time in the village GP surgery and lives in a cottage built on the remains of a medieval crypt – the inspiration for the medieval fantasy trilogy, “The Wildewood Chronicles”. She keeps chickens and dogs, enjoys country life and can be bribed with chocolate! Her debut novel “Mrs Jones” a fast paced, romantic, crime thriller set in New York, was runner up in the Yeovil Literary Prize 2011 and subsequently published by Taylor Street Publishing. The sequel, “Molly Brown” was released in December 2012.
http://bamorton.weebly.com/
http://www.taylorstreetbooks.com/ba-morton.html
**********************************

Don't forget to leave a comment or question below for B.A. as she will be awarding a copy of Molly Brown to one random commenter at this stop, please make sure to leave your email address with your comment to enter.
Posted by Maria at Friday, February 08, 2013