Welcome to my stop on Carrie Ann Ryan's Finding Abigail Blitz Tour.  Please leave a comment or question for Carrie Ann below to let her know you stopped by.  I will be giving away one (1) ecopy of the winner's choice of any book in the Holiday Montana series to a random commenter.  Open to both US and International.  Winner to be chosen on February 15, 2013. 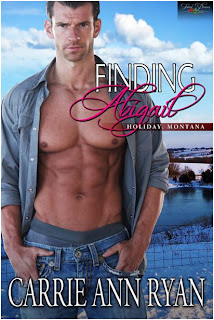 Tyler Cooper is the town sheriff and, in the past, had been the only person keeping Holiday steady. Though the community is now finding out that it’s town is magical, Tyler has always known it—it’s in his blood. He has always known his fate of becoming a cupid, striking love into the hearts others, but an enemy from his past is set on keeping him from finding his own destiny—and love.
Abigail Clarke is leaving Holiday for good. She has to. After years of trying to fit in and make Tyler notice her, she’s giving up. She’s watched her friends fall in love and it’s heartbreaking. Acknowledging that the one man she’s always loved doesn’t want her, it’s time to move on and find her own future.
Right when the stars align and Tyler opens his eyes, his enemy is back and has his sights on Abigail. Abigail is in danger and Tyler may be the only one to stand up to him and save her.
Warning: Contains one sexy sheriff who turns into cupid, complete with bow and arrow, the sweetest teacher you’ll ever meet who needs to find her bad girl side, and a love of candy hearts that’s sure to bring them together.


Chapter 1
“Valentine’s Day is just around the corner. Have you found your love yet?”
Tyler Cooper turned off the radio and cursed. No, of course he hadn’t found his love yet. He didn’t want to. Who in their right mind would want to be with someone on Valentine’s Day? All that love, warmth, and togetherness crap was nauseating. Plus, as soon as someone had a date for Valentine’s Day, suddenly warm and fuzzy images entered their minds and visions of wedding bells and engagement rings filled their dreams. It turned into crack for the lovebirds.
It was enough to make a grown man want to lock himself away in his apartment for the entire month of February. Though with the way the Coopers were falling around him, he had to be careful. Matt and Justin were already down for the count with their women; he didn’t want to be next. No women for him on that special day. No, he’d be in hiding—no, staying in because Coopers didn’t hide. Yeah, that sounded like a plan.
Yes, because rationalizing it like that made it so much better.
The sun beat down on Tyler’s face as he got out of his SUV, and he stopped for a minute to let it warm him. Though the coldness of a Montana winter could seem as bitter as any tundra, the ice seemed to melt away with each passing hour. Ugh, even the weather tried to warm up at the thought of Valentine’s Day, didn’t it? God, he hated this holiday. Too much pink, too many flowers, too much candy, and too many doe-eyed women who thought they’d ‘find the one’. Well, it wasn’t going to be him.
A chilled breeze slid past him, seeping into his bones. Though he’d lived in Holiday his entire life, sometimes he wished he lived in a place with a warmer climate; one where his balls didn’t feel as though they were icing over every time he had to go outside.
He took a steadying breath, then strolled to the car in front of his SUV. Yeah, never a dull moment in his Montana town. No, Mrs. Ellis, the eighty-eight-year-old busybody had been caught going sixty in a thirty-five. In some states, the woman would already be in jail for that kind of reckless driving. Or at least she should be. Why was it that, in his town, the elderly seemed to be the ones who had lead feet, while everywhere else the geriatric set would drive at a snail’s pace, just as they did with their walkers?
Oh, woe was he.
And now he sounded like a damn pansy. 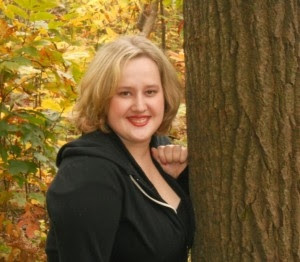 A little about Carrie Ann:
Carrie Ann Ryan is a bestselling paranormal and contemporary romance author. After spending too much time behind a lab bench, she decided to dive into the romance world and find her werewolf mate - even if it’s just in her books. Happy endings are always near - even if you have to get over the challenges of falling in love first.

Carrie Ann’s Redwood Pack series is an bestselling series that has made the shifter world even more real to her and has allowed the Dante’s Circle and Holiday, Montana series to be born. She's also an avid reader and lover of romance and fiction novels. She loves meeting new authors and new worlds. Any recommendations you have are appreciated. Carrie Ann lives in New England with her husband and two kittens.

Don't forget to leave a comment or question for Carrie Ann below to enter my giveaway.