Pre-Order Blitz & #Giveaway for The Nanny Arrangement by Rachel Harris

Welcome to my stop on the Pre-Order Blitz, presented by IndieSage PR, for The Nanny Arrangement by Rachel Harris.  Please leave a comment or question for Rachel to let her know you stopped by.  You may enter her tour wide giveaway, where one (1) randomly chosen commenter will be awarded a Paperback copy of book 1 in the Country Blues series, You’re Still the One by Rachel Harris, by filling out the Rafflecopter form below.  Good Luck! 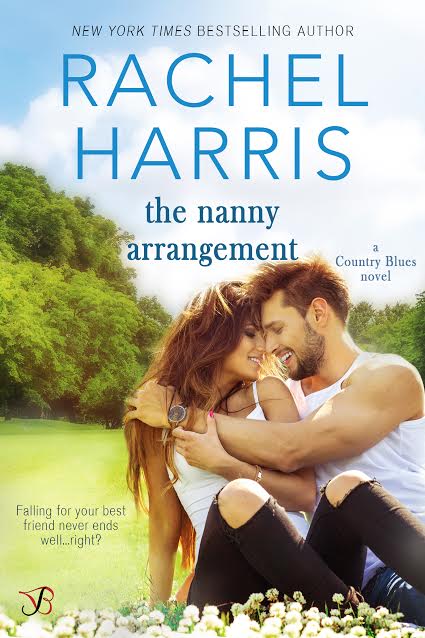 Soft-spoken and shy Hannah Fisher is determined to make the man she’s loved her entire life finally see her as a woman. With the help of a makeover, a new mission—Operation Find My Happy—and the convenient forced proximity of a tour bus, she vows to win her best friend Deacon’s heart. Former bad boy and current fiddle player Deacon Latrell has the world at his fingertips: a new gig with a famous band, plus his best friend on tour as his son’s nanny. Life couldn’t get much sweeter. Now if only he could stop imagining kissing the daylights out of his childhood BFF… With one friend set on pushing the boundaries and the other afraid to rock the boat, one thing’s for certain—their story would make one heck of a country song.

Excitement swirled low in Hannah’s belly. Outside her window, the city of Nashville passed by in a kaleidoscope of neon lights and highway sounds, but it was the inside of the limo—or rather, the man seated beside her in the back seat—that had her heart pounding.

Deacon’s hand gripped her thigh, just above her kneecap, and his nimble fingers flexed and kneaded her skin. They hadn’t spoken since they left the Opry, and each set of passing headlights illuminated a look of possession on his face. It was another trick of the light, obviously, mixed with her fanciful imagination. But it thrilled her just the same.

“Where are we going?” she asked, her breathless voice piercing the strange mood that had fallen between them. Did that sound as husky as I think it did?

Deacon’s gaze flicked to hers. “The Hermitage,” he answered quietly, his eyes seeming to gauge her reaction. “We have a room there for the night.”

Honestly, she wasn’t sure what she’d expected him to say...but it hadn’t been that.

Nodding, she let the information settle over her, pursing her lips and then rolling them over her teeth, and tried her best to rein in her imagination. She’d made the mistake of letting it run free in the past and had ended up hurt and disappointed. What she needed was a bit of clarification.

“Cool. So, um, is everyone getting a room tonight? Or just…you know, you and me?”

“Just us,” he confirmed, and Hannah nodded again before looking straight ahead.

The bus probably had an electrical issue. That was why they couldn’t sleep there tonight. Most likely the air conditioning or the hot water. Maybe even the plumbing. If any of those things were to conk out, it would definitely suck. Only, if that were the case, then Sherry and Tyler and the kids would need rooms, too.

Okay, so a problem with the bus was out. But something else for sure.
Maybe…err…well, possibly…nope.

As she continued to ponder away, Deacon’s fingers slid ever so slightly higher up her leg. When they disappeared beneath the hem of her skirt, flirting with the sensitive skin along the inside of her thigh, Hannah’s breath caught.

Did he realize where his hand was? Should she say something or simply enjoy it?

Then his fingertips began tracing a series of slow, tight circles along her skin, causing her entire body to clench, and a low moan/hum vibrated her throat.

There was no imagining that. 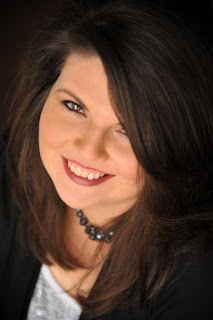 New York Times bestselling author Rachel Harris writes humorous love stories about sassy girls-next-door and the hot guys that make them swoon. Vibrant settings, witty banter, and strong relationships are a staple in each of her books…and kissing. Lots of kissing. An admitted Diet Mountain Dew addict and homeschool mom, she gets through each day by laughing at herself, hugging her kids, and watching way too much Food Network with her husband. She writes young adult, new adult, and adult romances, and LOVES talking with readers!