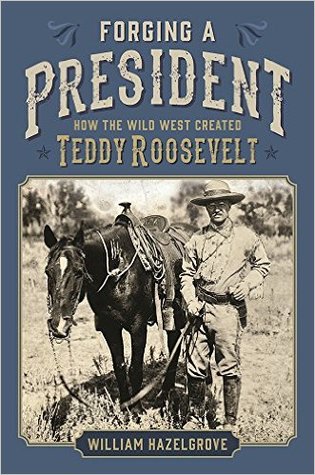 Forging a President: How the Wild West Created Teddy Roosevelt
by William Hazelgrove

“There are few sensations I prefer to that of galloping over these rolling limitless prairies, with rifle in hand, or winding my way among the barren, fantastic and grimly picturesque deserts of the so-called Bad Lands.” —Theodore Roosevelt

He was born a city boy in Manhattan; but it wasn’t until he lived as a cattle rancher and deputy sheriff in the wild country of the Dakota Territory that Theodore Roosevelt became the man who would be president.

“I have always said I would not have been president had it not been for my experience in North Dakota,” Roosevelt later wrote. It was in the “grim fairyland” of the Bad Lands that Roosevelt became acquainted with the ways of cowboys, Native Americans, trappers, thieves, and wild creatures–and it was there that his spirit was forged and tested.

In Forging a President, author William Hazelgrove uses Roosevelt’s own reflections to immerse readers in the formative seasons that America’s twenty-sixth president spent in “the broken country” of the Wild West.

Praise for Forging a President

" A masterful evocation! Forging a President will have readers breathing the dust, chasing the steers, facing--and facing down--the many challenges of young Theodore Roosevelt in his cowboy years. An amazing tale of American synergy: TR's famous exploits as a rancher helped create the historical mythos of the Wild West...as the untamed cattle country turned the sickly dude from the East into the physical marvel of bravery and endurance that virtually were brands of the Roosevelt we know. William Hazelgrove illustrates what Theodore Roosevelt meant when he said he never would have become president if it were not for his time in the Badlands." -- RICK MARSCHALL, author of Bully! The Life and Times of Theodore Roosevelt and advisory board member of the Theodore Roosevelt Association

Teddy Roosevelt had just finished dinner at the Gilpatrick Hotel in Milwaukee and was walking to his car—he was to give a speech in the Milwaukee Auditorium. The election of 1912 had been vitriolic with Roosevelt bolting the Republican Party and forming his own third party, the Bull Moose Party. Roosevelt was sure he could beat the incumbent William Howard Taft and the Democratic candidate, the former Princeton President, Woodrow Wilson.He reveled in giving speeches and attacking Taft as incompetent, and Wilson as an egghead who had the demeanor of a “druggist.” He now planned to deliver another rousing speech and had the fifty-page manuscript stuffed in his coat pocket, folded twice behind his steel glasses case.

John Schrank, a thirty-six-year-old psychotic and former New York saloon keeper, approached Theodore Roosevelt. Schrank believed that deceased President McKinley had spoken to him in his dreams, proclaiming that no man should run for a third term. Schrank had bought a fourteen-dollar Colt .38 and fifty-five cents worth of bullets, and had been following Roosevelt through New Orleans, Atlanta, Charleston, and Tennessee, ever since the dead McKinley had risen in his coffin and pointed to him and said, “Avenge my death.”

While waiting to shoot Roosevelt in Milwaukee, he had passed the time drinking beer in a local bar and smoking Jack Pot cigars. Now his opportunity came. Roosevelt had just sat down in an open car in front of the hotel. Schrank approached him and Roosevelt rose to shake his hand when the assassin raised the .38 caliber pistol and fired. Roosevelt fell back into the car as the bullet entered his chest after piercing the steel glasses case and the folded manuscript pages of his speech. The bullet entered under his right nipple and lodged in his ribs.

The ex-President immediately took out a handkerchief and dabbed his mouth to see if his lungs had been hit. He then proclaimed he wouldn’t go to the hospital, but would deliver his scheduled speech. Dr. Terrell, his physician, insisted he go to the hospital. Roosevelt would have none of it. “You get me to that speech. It may be the last one I shall deliver, but I am going to deliver this one!” Theodore Roosevelt went to the auditorium and spoke for more than ninety minutes while bleeding under his coat—thundering to the crowd the immortal line, “It takes more than a bullet to stop a bull moose!”

The crowd loved it. And when Roosevelt went to the hospital, the doctors opted to leave the bullet lodged in his chest. He sent a telegram to his wife Edith, informing her that he was not nearly as badly hurt as he had been falling from a horse. He boarded a train for a Chicago hospital and changed into a clean shirt and asked for a hot shave. He hummed as he shaved and then climbed into the train compartment bed and fell asleep, sleeping like a child. In the press, people expressed astonishment that a man who had been shot at point-blank range could give a speech for an hour and a half. But they truly expected no less from Teddy Roosevelt. The sickly, asthmatic son of a rich man in Manhattan was born in the East; the Bull Moose who spoke for an hour and a half with a .38 caliber bullet lodged in his chest, well, he was born in the West. 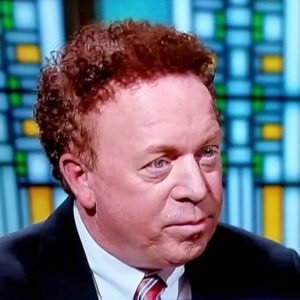 His books have received starred reviews in Publisher Weekly and Booklist, Book of the Month Selections, Literary Guild Selections, History Book Club Selections, Junior Library Guild Selections, ALA Editors Choice Awards and optioned for the movies. He was the Ernest Hemingway Writer in Residence where he wrote in the attic of Ernest Hemingway's birthplace. He has written articles and reviews for USA Today and other publications. He has been the subject of interviews in NPR's All Things Considered along with features in The New York Times, LA Times, Chicago Tribune, Chicago Sun Times, Richmond Times Dispatch, USA Today, People, Channel 11, NBC, WBEZ, WGN. The Pitcher is a Junior Library Guild Selection and was chosen Book of the Year by Books and Authors. net.

His next book Jackpine will be out Spring 2014 with Koehler Books. A follow up novel Real Santa will be out fall of 2014. Madam President The Secret Presidency of Edith Wilson will be out Fall 2016. Storyline optioned the movie rights. Forging a President How the West Created Teddy Roosevelt will be out May 2017. He runs a political cultural blog, The View From Hemingway's Attic.

a Rafflecopter giveaway
Posted by Maria at Friday, May 12, 2017