Welcome to my stop on the Virtual Tour, presented by Goddess Fish Promotions, for Remnants by Carolyn Arnold.  Please leave a comment or question for Carolyn to let her know you stopped by.  You may enter her tour wide giveaway, where one (1) randomly selected commenter will be awarded a print copy of Violated by Carolyn,  by filling out the Rafflecopter form below.  You may follow all of the stops on the tour by clicking on the banner above.  The more stops you visit, the better your odds of winning.  My review will post soon.  Good Luck! 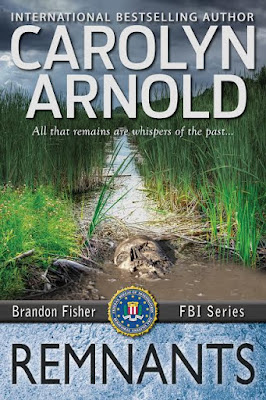 All that remains are whispers of the past…

When multiple body parts are recovered from the Little Ogeechee River in Savannah, Georgia, local law enforcement calls in FBI agent and profiler Brandon Fisher and his team to investigate. But with the remains pointing to three separate victims, this isn’t proving to be an open-and-shut case.

With no quick means of identifying the deceased, building a profile of this serial killer is more challenging than usual. How are these targets being selected? Why are their limbs being severed and their bodies mutilated? And what is it about them that is triggering this person to murder?

The questions compound as the body count continues to rise, and when a torso painted blue and missing its heart is found, the case takes an even darker turn. But this is only the beginning, and these new leads draw the FBI into a creepy psychological nightmare. One thing is clear, though: The killing isn’t going to stop until they figure it all out. And they are running out of time…

My senses were busy taking in the crime scene: marshland, relative seclusion, an arm and leg discovered last week, an arm yesterday. Aside from the human remains that had been found here, the property had a serene feeling to it, a sense of peace. There was a tangible quality to the air, though—or maybe it was the presence of law enforcement and crime scene investigators—that made it impossible to deny that death had touched the place.

“What else can you tell us about the limbs that were recovered?” Paige asked.

The lieutenant cleared his throat. “Well, both arms didn’t have hands, and the leg didn’t have a foot. We found incision marks indicating the hands and foot had been intentionally cut off.”

“Our killer could have taken them for trophies or to make identification impossible,” I suggested.

Pike gave a small nod and continued. “And while we know the hands and foot were removed, it’s not as clear how the appendages separated from the torso. It would be something we’d need the medical examiner to clarify.”

Jack’s brow furrowed, and I could tell his mind was racing through the possibilities.

“But,” Pike continued, “all the limbs have one thing in common: muscle tissue remained, even though the skin had been removed.”

“It is possible that the skin was also taken as a trophy,” Zach speculated.

“We could be looking for a hunter or a sexual sadist,” Jack said.

Hunters were typically identified by the type of weapon they used—a hunting knife, rifle, or crossbow, for example—and they tended to dispose of their victims’ bodies in remote, isolated areas. A sexual sadist, on the other hand, got off on the torture and pain. But we’d need to gather more facts before we could build any sort of profile on our unsub. Even knowing more about the victims themselves would help. Was the killer choosing people he or she was acquainted with? Were the victims of a certain gender, age group, occupation? The list went on and on. From there, we could more easily speculate on our killer’s motive and what they had to gain. 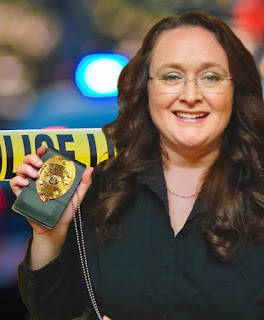 CAROLYN ARNOLD is an international best-selling and award-winning author, as well as a speaker, teacher, and inspirational mentor. She has four continuing fiction series—Detective Madison Knight, Brandon Fisher FBI, McKinley Mysteries, and Matthew Connor Adventures—and has written nearly thirty books. Her genre diversity offers her readers everything from cozy to hard-boiled mysteries, and thrillers to action adventures.

Both her female detective and FBI profiler series have been praised by those in law enforcement as being accurate and entertaining, leading her to adopt the trademark: POLICE PROCEDURALS RESPECTED BY LAW ENFORCEMENT™.

Carolyn was born in a small town and enjoys spending time outdoors, but she also loves the lights of a big city. Grounded by her roots and lifted by her dreams, her overactive imagination insists that she tell her stories. Her intention is to touch the hearts of millions with her books, to entertain, inspire, and empower.

She currently lives just west of Toronto with her husband and beagle and is a member of Crime Writers of Canada.