Welcome to my stop on the Blurb Blitz Tour, presented by Goddess Fish Promotions, for Buried Dolls by Lynn Hones.  Please leave a comment or question for Lynn to let her know you stopped by.  You may enter her tour wide giveaway, where one (1) randomly chosen commenter will be awarded a $15 Amazon/BN GC, by filling out the Rafflecopter form below.  You may follow all of the stops on the tour by clicking on the banner above, the more stops you visit, the better your odds of winning.  Good Luck! 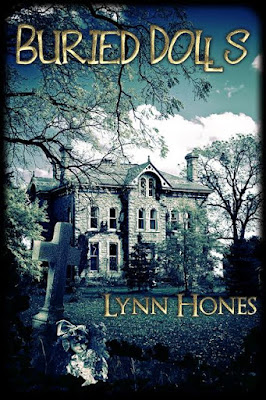 Jody had the misfortune of breaking her ankle. The only available apartment to convalesce in is a derelict mansion just outside of town. The tenants prefer to keep to themselves except when sneaking strange dolls into her rooms. Suffering from loss of memory after a horrific event destroyed her biological family, Jody clutches at straws trying to find out who she is and why some people in the house leave her clues to get out or get murdered. Find out if Jody regains her memory, what happened to her family and who, among her friends, is actually her enemy, working to see her killed.

Adam took a sip of his beer. “Let’s just say I’ve seen some things. Things I wish I hadn’t seen. As much as I love my friends, Toron and Astrid, they practice certain aspects of voodoo. Not voodoo, per se, but something closely related. More of a combination of different beliefs.”

“Now you have to open up and share with us what these things you saw were.” Sienna was coming on strong and Jody could tell by Adam’s demeanor he wanted the subject changed. Jody chimed in.

“He said he’s not comfortable, Si, let it go, okay?” The mood in the room felt charged and it wasn’t just the storm. Sienna, for a reason Jody couldn’t understand, was out for the kill.

“What do you know about voodoo dolls?” Sienna asked.

“I know a little,” he said. “I know that they are misunderstood.”

“Yes. The voodoo doll was not native to Haiti as most believe, but Europe. They’re a combination of the European Poppet and the Western African practice of Bocio.” He took a bite of his pizza and then wiped his face on a napkin. “Their original purpose was not to harm people, but most people came to that conclusion as the European Poppet was made as a sympathetic doll.”

“Yeah,” he said. “Whatever happens to the doll, happens in real life. Thus, the sticking of pins. But dolls were used as far back as 1100 BC. Enemies of Ramses III of Egypt made wax images to bring about his death.”

“Anything else,” Sienna said.


“Do you have a candle?” Adam asked Jody. 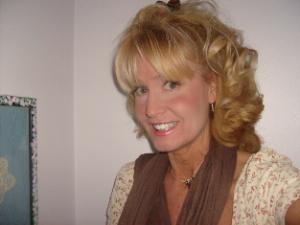 Lynn Hones has been married for 28 years and is mother to two lovely daughters. She has two rescued cats and two dogs who are so big she calls them livestock. She lives in a large, drafty old home on the shores of Lake Erie and loves nothing better than grabbing an armful of books and heading to the beach. She combs the beaches for beach glass and makes jewelry out of it Living in a historic harbor town, she has lots of inspiration for her books. She loves to write and chew massive amounts of bubblegum; preferably at the same time. She’s an expert bubble blower.

a Rafflecopter giveaway
Posted by Maria at Thursday, April 06, 2017