Welcome to my stop on the Book Blast, presented by Goddess Fish Promotions, for Rik’s by D.H. Treichler.  Please leave a comment or question for D.H. to let him know you stopped by. You may enter his tour wide giveaway, where one (1) randomly chosen commenter will be awarded a $30 Amazon/BN GC, by filling out the Rafflecopter form below.  You may follow all of the stops on the tour by clicking on the banner above, the more stops you visit, the better your odds of winning.  Good Luck! 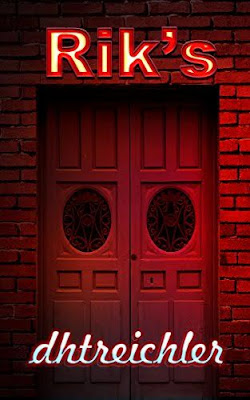 It is 1990 and in Baghdad two lovers are separated by the impending First Gulf War. CIA operative Rik Bogart is desperately seeking television correspondent Ingrid Johannson -- but is instead picked up by  Saddam’s Secret Police and thrown into Abu Graib -- the Prison of the Dead. Ten years later, he must make a fateful decision after finally reuniting with her -- one that may keep them apart forever. How far would YOU go for your true love?

This iheart-pounding thriller is written by a former international defense contractor who brings incredible realism and thrilling insights into the days leading up to Saddam’s brutal regime downfall and provides a chilling account of life inside the infamous Prison of the Dead.

"It's as much a love story as it is a runaway thriller." - Midwest Book Review

It never occurred to me I’d form any kind of deep emotional bond with Ingrid. But when the opportunity did occur, I seized it. I didn’t look back. I thought only about a future together, for however long. I kept telling myself one day more would be enough. But then the next day came. I felt so happy to still find her with me. I became greedy. I wanted more of her. I wanted to be a part of her life. I wanted her to be a part of mine.

When we made love something seemed to flow between us. We were both more concerned for the other’s pleasure than our own. We’d do anything to make the experience better for the other, to make it more interesting and to express the feelings there. Neither of us could hide what we felt. And neither of us could deny a depth of passion we shared. Making love made all the other things we did fade into obscurity. The same feelings flowed the first time and every time we made love. And the feelings were always just below the surface when we talked on the phone or sat on the patio watching the shimmering summer night lights, drinking a glass of wine and sharing whatever happened to be on our minds.

She filled me with an expectation, happiness; a reason for being I’d never experienced. And here I sat next to her, fearful yet hopeful, dreading telling her that I, or hopefully, we, would soon be leaving Baghdad. 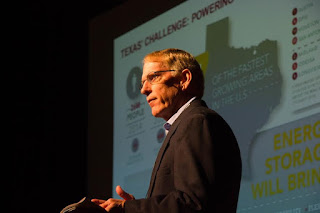 As a defense contractor, award-winning screenwriter and novelist, D.H. Treichler has wandered the world, visiting garden spots and more.  Having lived and worked with our intelligence agents and soldiers, witnessing the conflicts and the turmoil of recent decades, he paints vivid backdrops for his stories. Like him, the men and women he portrays attempt to make sense of our fast-changing world. He has held a lifelong interest in the profound influence of rapidly changing technology on our lives and relationships. Exploring that power (what has changed and what might come) forms an insightful theme of his novels. His stories also reflect the universal desires and fears of real people everywhere.

a Rafflecopter giveaway
Posted by Maria at Thursday, April 20, 2017