Release Day Blast for Playing the Spanish Billionaire by M.K. Meredith and His Family of Convenience by Amy Ayers 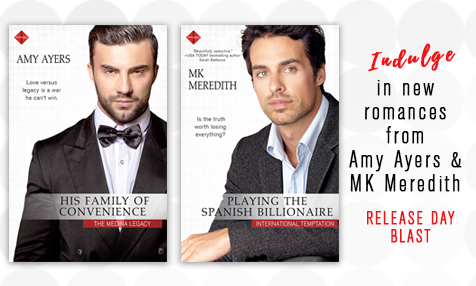 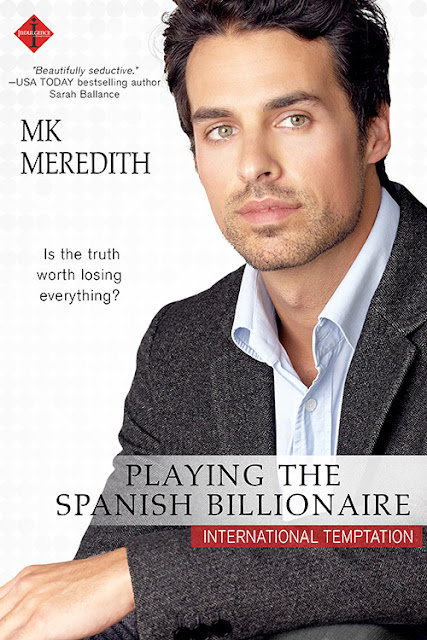 About PLAYING THE SPANISH BILLIONAIRE:

Mateu Espasa, CEO of Barcelona’s most luxurious hotel, knows how to deliver a five-star experience. When he learns the identity of hotel reviewer, London Montgomery, it seems harmless to play as her local tour guide to make sure she enjoys her stay and places his hotel back in the running for the Elite Life and Travel Magazine's hotel of fame. But every moment with London makes Mateu want her just as much as he needs that review.

Constantly working to cover her mother’s medical bills, London needs to have a little fun on this vacation. First on her list: Kiss a hot Spaniard, and her knight-in-shining-Armani at the train station seems to fit that bill—he’s local and definitely hot! But when she discovers the man charming her is really CEO of the hotel she’s reviewing—supposedly secretly—she decides to see how far he’ll go to make her dream vacation a once in a lifetime experience.

Mateu shows her the romance of his city and his soul, but when the truth comes out, the fun is over, and it turns out nobody wins in a game of hearts. 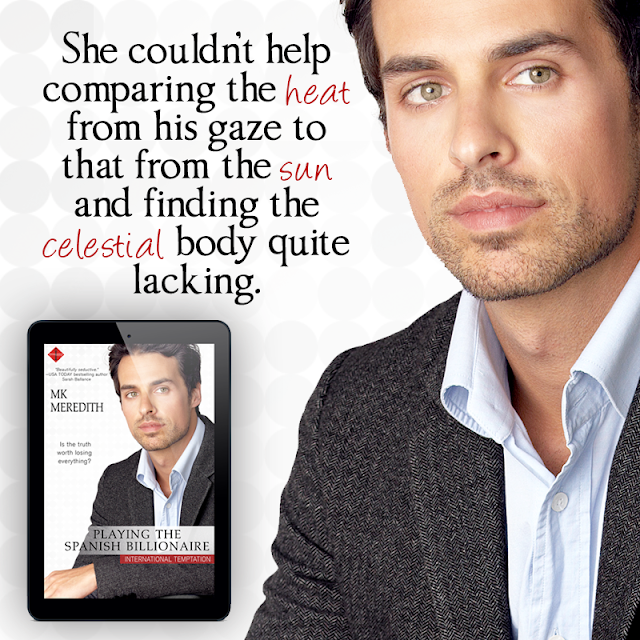 MK Meredith writes single title contemporary romance promising an emotional ride on heated sheets. She believes the best route to success is to never stop learning. Her lifelong love affair with peanut butter continues. Only two things come close in the battle for her affections: gorgeous heels and maybe Gerard Butler…or was it David Gandy? Who is she kidding? Her true loves are her husband and two children who have survived her SEA's (spontaneous explosions of affection) and live to tell the tale. The Meredith's live in the D.C. area with their large fur baby...until the next adventure calls. 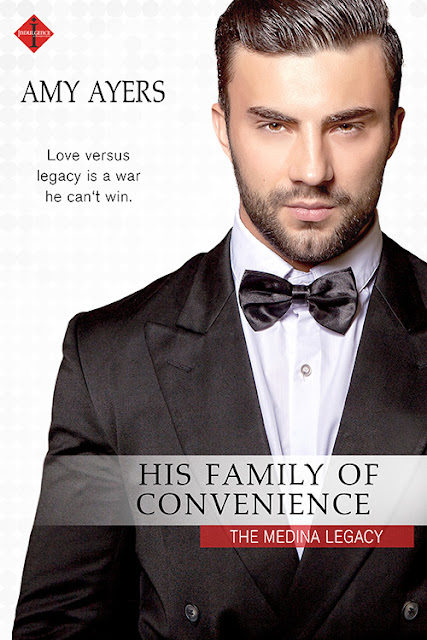 About HIS FAMILY OF CONVENIENCE:

Senna Callas’s one-night stand with her alpha asshole boss, Marco Medina, was supposed to mark the end of her internship and their ridiculous attraction. After being unreachable and ignoring Senna for a year, Marco sweeps back into the country and summons her to his office, revealing he knows her secret…the secret created during their explosive night together.

Marco is determined to be there for the son he’s just discovered he has, but when it comes to being with Senna, his choices aren’t his own. His meddling family expects him, the firstborn son, to follow through with the arranged marriage set up when he was a child. And Senna has no plans on being his mistress and still resents how her attempts to contact Marco were ignored.

The only thing going right between them is the attraction that burns no matter the complicated situation they’re in. Marco would do anything to protect his family, anything except decide between the legacy he was born into and the young family he’s just found… 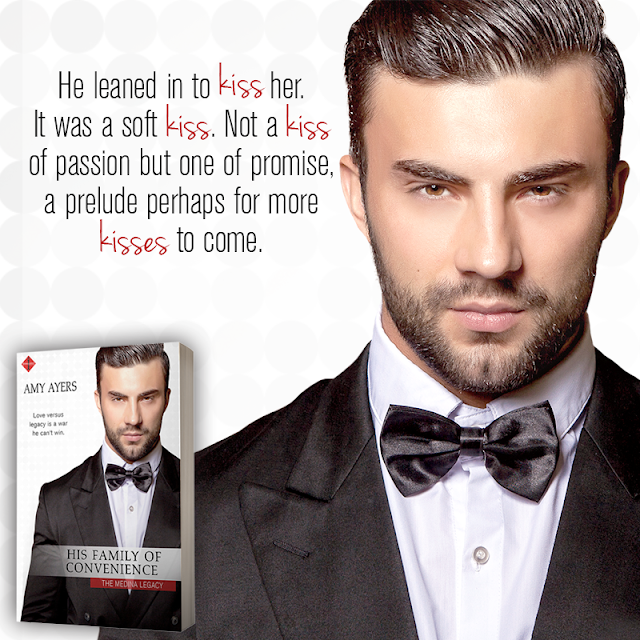 Amy Ayers remembers writing her first fiction as an introspective tween in rainy Portland, Oregon. She took a break from writing to move with her family to the desert of Phoenix, Arizona. She currently divides her time between her writing, her family (including one husband, four boys and two dogs), and her far too lengthy daily commute to work. A life-long lover of literature, she began writing her own contemporary romance in earnest in 2014 and is thrilled to be published with Entangled.