Blurb Blitz & #Giveaway for Lake of Destiny by Martina Boone

Welcome to my stop on the Blurb Blitz & #Giveaway, presented by Goddess Fish Promotions, for Lake of Destiny by Martina Boone.  Please leave a comment or question for Martina to let her know you stopped by.  You may enter her tour wide giveaway, where one (1) randomly chosen commenter will be awarded a $25 Amazon/BN GC, by filling out the Rafflecopter form below.  You may follow all of the stops on the tour by clicking on the banner above.  The more stops you visit, the better your odds of winning.  Good Luck! 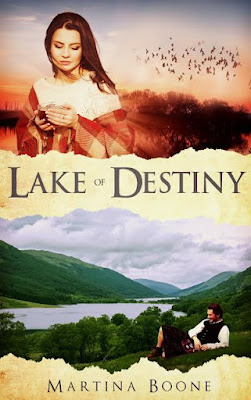 Lake of Destiny
By Martina Boone
A Celtic Legends Novel

On sale for $0.99 at Smashwords with this tour specific coupon!  https://www.smashwords.com/books/view/702217

Coupon Code: FF83K – expires the final date on the tour

Helping her aunt organize a Beltane Festival in a picturesque Highland village seems like the perfect escape from Anna’s second broken engagement and the meltdown that wrecked her legal career. But to succeed, she’ll need to wrangle kilt-wearing villagers, dangerous sheep, a disaster of a dog, and the reclusive laird who refuses to open his property to the public for the ancient tradition of “Sighting.”

For centuries, Loch Fàil in Balwhither has been known to locals as a ‘thin’ place, one where the veil between worlds peels back on Beltane morning to reveal the face of a person's one true love. The tradition could draw tourists by the busload, but that’s exactly what Connal MacGregor fears will expose the two secrets he's been desperate to keep hidden.

As Anna struggles to mediate between the needs of the village and Connal’s need to protect his identity and his child, she finds herself falling in love with all of them: Connal and his daughter, the magical glen, the villagers. But day by day, opening herself to love exposes deep scars from Anna’s childhood, and confronting those wounds could finally set her free--or endanger her every chance of happiness.

Anna blinked at him like an owl. “It was a joke.”

He leaned closer. “I know that,” he said, his breath fanning across her cheek. “So was mine.”

Maybe he said things like this to every woman.

See? This was why it was treacherous to be around a man like Connal.

Anna stared back, unable to come up with a single word to say. Mercifully, the bell jangled again above the door, and Connal glanced across the room. “Here’s Elspeth. I suppose we should go through and get the meeting started.”

Anna blinked again and took another long, slow sip of spiked coffee that scalded her tongue, seared warmth down into her stomach, and left her disoriented. At least, it must have been the whiskey’s fault. Another explanation would have involved admitting that it was Connal as much as the Scotch, and that was inconceivable. Men hadn’t had this kind of an effect on her since high school. Since college.

She’d grown up since Henry. Grown more rational since Henry. And she’d learned a thing or two about not taking actors at face value.

“A fresh twist on the Southern Gothic—haunting, atmospheric, and absorbing.” — Claudia Gray, New York Times bestselling author of A Thousand Pieces of You and the Evernight and Spellcaster series

“A stunningly magical debut with a delicious slow burn to be savored. I want to live in this story world!” — Wendy Higgins, NYT bestselling author of the Sweet Evil trilogy

“Beautifully written, with vivid characters, a generations-old feud, and romance that leaps off the page, this Southern ghost story left me lingering over every word, and yet wanting to race to the compelling finish. Martina Boone’s Compulsion is not to be missed.” — Megan Shepherd, NYT bestselling author of The Cage series and The Madman’s Daughter 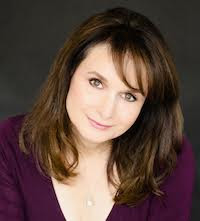 Martina Boone is the award-winning author of the romantic southern gothic Heirs of Watson Island series for young adults, including Compulsion (Oct ’14), Persuasion (Oct ’15), and Illusion (Oct ’16), from Simon & Schuster, Simon Pulse, and heartwarming contemporary romances for adult readers beginning with Lake of Destiny. She’s also the founder of AdventuresInYAPublishing.com, a three-time Writer’s Digest 101 Best Websites for Writers Site, and YASeriesInsiders.com, a site dedicated to encouraging literacy and reader engagement through a celebration of series literature. She’s on the Board of the Literacy Council of Northern Virginia and runs the CompulsionForReading.com program to distribute books to underfunded schools and libraries.

She lives with her husband, children, shetland sheepdog, and lopsided cat, and she enjoys writing romance set in the kinds of magical places she loves to visit. When she isn’t writing, she’s addicted to travel, horses, skiing, chocolate flavored tea, and anything with Nutella on it.

a Rafflecopter giveaway
Posted by Maria at Tuesday, April 18, 2017