Welcome to my stop on the Release Blitz, presented by Tasty Book Tours, for The Magnate’s Mail-Order Bride by Joanne Rock.  Please leave  comment or question for Joanne to let her know you stopped by.  You may enter her tour wide giveaway by filling out the Rafflecopter form below.  You may follow all of the stops on the tour by clicking on the banner above, the more stops you visit, the better you odds of winning.  Good Luck! 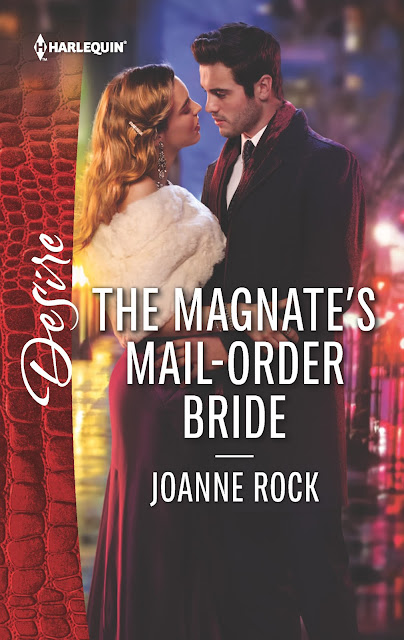 Ballerina Sofia Koslov's career is on the line when she's accosted at the airport by a rich, reckless playboy who thinks she's his mail-order bride! But the playboy's levelheaded brother, Quinn McNeill, solves the media snafu with a switcheroo. He'll pretend to be her legitimate fiancé to protect her reputation—and to protect his family's business deals from her father's wrath. Sofia's one condition: they'll share the spotlight as a loving couple but won't share a bed. But soon Quinn's gentlemanly ways strike a chord, and Sofia's dying to renege on that condition and have a real fling… 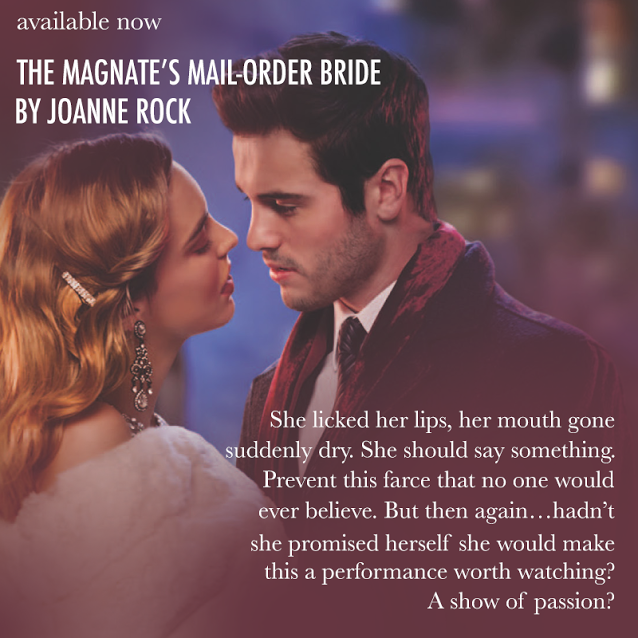 “I never would have guessed your brother would spend a small fortune on a ring for a woman he never met.” She edged out of his grip. “I thought he was a romantic, not completely certifiable.”

Quinn’s smile faded. “I assure you, Cameron is neither.” He set the ring on the steamer trunk beside her. “I’ll let you decide whether or not to wear it in the morning. And in the meantime, I’d better let you get some rest.”

He rose to his feet, leaving a priceless piece of jewelry balanced on last month’s Vogue.

“Quinn.” She stood to follow him to the door then reached back to grab the ring so she could return it. “Please. I don’t feel right keeping this here.”

He turned to face her as he reached the door, but made no move to take the glittering ring.

“If you were my bride-to-be, I would spare no expense to show the world you were mine.” His blue eyes glowed with a warmth that had her remembering his kiss. Her breath caught in her chest and she wondered what it might be like for him to call her that for real.

“I’m—” At a total loss for words. “That is—” She folded the diamond into her hand, squeezing it tightly so the stones pressed into her soft skin, distracting her from her hypnotic awareness of this man. “If you insist.”

“It’s a matter of believability, Sofia.”

“It’s only for one month.” She wasn’t sure if she said it to remind him or herself.

“We’ll work out the details tomorrow.” He reached to smooth a strand of hair from her forehead, barely touching her and still sending shimmers of pleasure along her
temple and all the way down the back of her neck. “Sleep well.”

She didn’t even manage to get her voice working before he was out the door again, leaving her alone in a suddenly too empty apartment.

Squeezing the ring tighter in her fist, she waited for the pinch of pain from the sharp edges of the stones. She needed to remember that this wasn’t real. Quinn McNeill had only agreed to this mad scheme to clean up his brother’s mess. Any hint of attraction she felt needed to be squashed immediately, especially since Quinn was cut from the same mold as her father—focused on business and the accumulation of wealth. Her world was about art, emotions and human connections.

Her mother had taught her that people did not fall into both camps. In Sofia’s experience it was true. And since she wanted her own relationships to be meaningful bonds rooted in shared creativity and ideals, she was willing to wait until she had more time in her life to find the right partner. Romance could not be rushed.

“It’s only for a month,” she said aloud again, forcing herself to set the engagement ring on the hallway table.

Surely she could keep up her end of a fake engagement for the sake of appearances?

She’d made countless sacrifices for her career, from dancing on broken toes to living away from her family on the other side of the globe to train with Russian ballet masters.

Ignoring the sensual draw of Quinn McNeill couldn’t possibly be more difficult than those challenges.

Yet, even as she marched herself off to bed, she feared she was lying to herself that she could keep her hands off the man anywhere near as easily as she’d set down the ring. 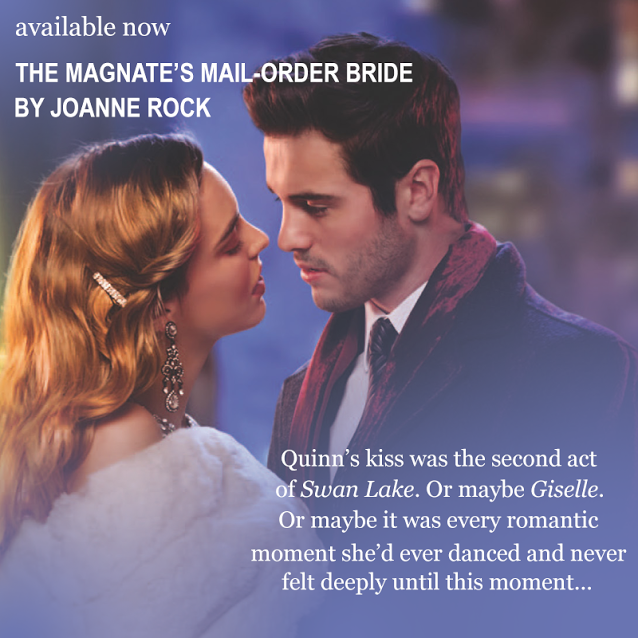 Four-time RITA nominee Joanne Rock has never met a romance sub-genre she didn't like. The author of over seventy books enjoys writing a wide range of stories, most recently focusing on sexy contemporaries and small town family sagas. An optimist by nature and perpetual seeker of silver linings, Joanne finds romance fits her life outlook perfectly--love is worth fighting for. A frequent speaker at regional and national writing conferences she enjoys giving back to the writing community that nurtured and inspired her early career. She has a Masters degree in Literature from the University of Louisville but credits her fiction writing skills to her intensive study with friend and fellow author Catherine Mann. When she's not writing, Joanne enjoys travel, especially to see her favorite sports teams play with her former sports editor husband and three athletic-minded sons. 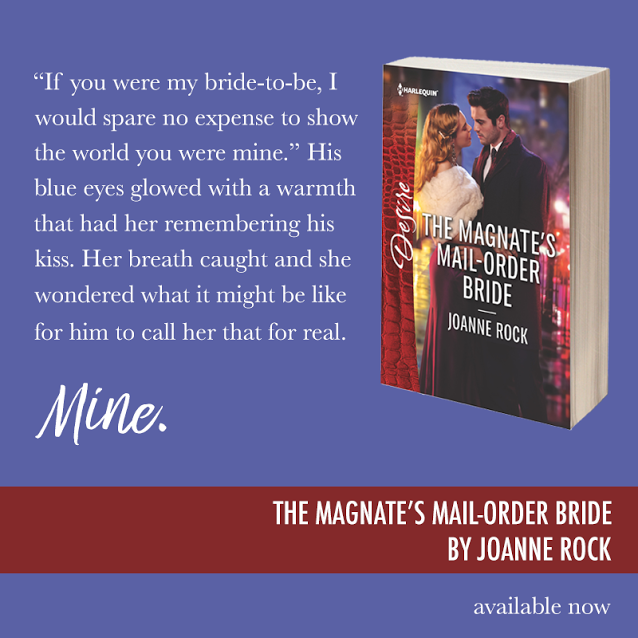 a Rafflecopter giveaway
Posted by Maria at Wednesday, April 05, 2017