Today we have the blog tour for The Time Traveler’s Christmas by Amy Jarecki! Check it out and grab you're copy today! 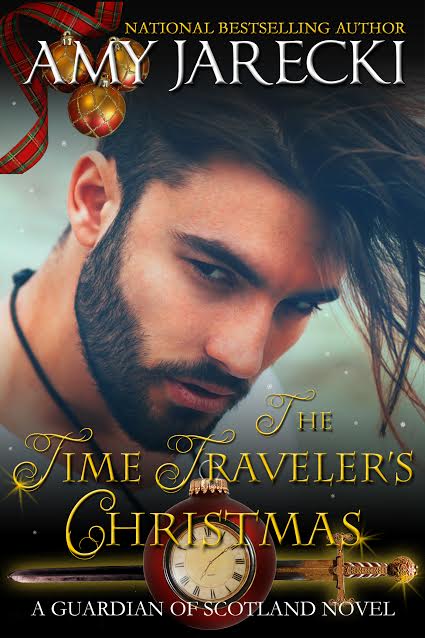 About The Time Traveler’s Christmas:


A man’s life can fall apart in an instant…

Tougher than oxhide, Lachlan Wallace can take about anything except a breakup call from his wife two minutes before competing in the Karate Championship of the World. Arriving home with a loss, he agrees to watch his uncle’s cat over the holidays. Or so he thinks—until he awakes on a fourteenth-century battlefield beside a woman fighting for her life.

Taken from her at the age of two, Lady Christina de Moray hasn’t seen her son in thirteen years. While traveling with Robert the Bruce’s army to exchange an English prisoner for the lad, a battle erupts. Losing the fight, Christina is rescued by a mysterious warrior while the English escape with her son yet again.

And never bet against the potency of passion…

Left with no way back to the twenty-first century, Lachlan agrees to help Christina rescue the lad from his English captors. If the heir is not returned by Christmas next, the Bruce will make his decision whom to grant the de Moray lands, including Lady Christina’s hand. Once his duty is fulfilled, Lachlan hopes to discover a way home—as long as he keeps his mind on the goal and ignores his growing love for the spirited woman who gives him her trust—and her heart.

Grab your copy today!
The Time Traveler’s Christmas    Rise of a Legend    In the Kingdom’s Name 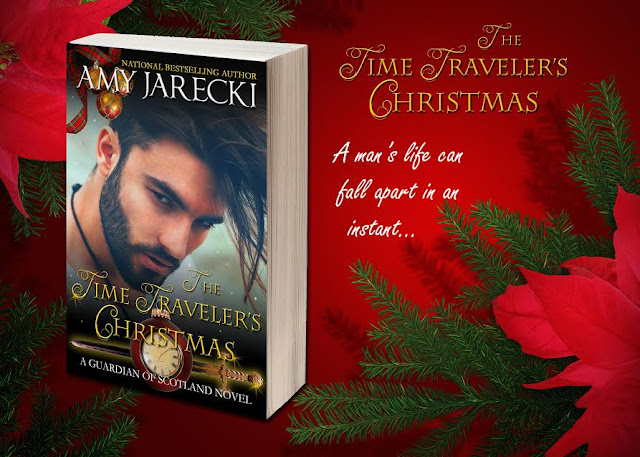 …Christina wasn’t about to stop fighting—not until she took her last breath. Boring down with her heels, she thrashed. “Get off me, ye brute.” She would hold her son in her arms this day if it was the last thing she did. And by the shift of the crushing weight on her chest, she only had moments before her life’s breath completely whooshed from her lungs.

The very thought of dying whilst her son was still held captive infused her with strength. With a jab, she slammed the heel of her hand across the man’s chin. He flew from her body like a sack of grain. Praises be, had the Lord granted her with superhuman strength? Blinking, Christina sat up.

No, no. Her strike hadn’t rescued her from the pillager.

A behemoth of a man pummeled the pikeman’s face with his fists. “Never. Ever.”

His fists moved so fast they blurred. “Harm. A. Woman!”

Bloodied and battered, the varlet dropped to the dirt.

A swordsman attacked her savior from behind.

“Watch out,” she cried, but before the words left her lips the warrior spun to his feet. Flinging his arm backward, he grabbed his assailant’s wrist, stopped the sword midair and flipped the cur onto his back.

Onward, he fought a rush of English attackers with his bare hands, without armor. Not even William Wallace himself had been so talented. This warrior moved like a cat, anticipating his opponent’s moves before they happened.

“Quickly,” the man shouted, running toward her, his feet bare.

No sooner had she rolled to her knees than his powerful arms clamped around her. The wind whipped beneath her feet. He planted her bum in the saddle.

“Behind!” Christina screamed, every muscle in her body clenching taut.

Throwing back an elbow, the man smacked an enemy soldier in the face resulting in a sickening crack.

She picked up her reins and dug in her heels.

“Whoa!” The big man latched onto the skirt of her saddle and hopped behind her, making her pony’s rear end dip. But the frightened galloway didn’t need coaxing.

He galloped away from the fight like a deer running from a fox.

Christina peered around her shoulder at the mass of fighting men behind them. “My son!”

“Do you see him?” the man asked in the strangest accent she’d ever heard.

She tried to turn back, but the man’s steely chest stopped her. “They took him.”

“The English, of course.”
The more they talked, the further from the border the galloway took them.

“Huh?” the man mumbled behind her like he’d been struck in the head by a hammer. Everyone for miles knew the Scots and the English were to exchange a prisoner that day.

The champion’s big palm slipped around her waist and held on—it didn’t hurt like he was digging in his fingers, but he pressed firm against her. The sensation of such a powerful hand on her body was unnerving. It had been eons since any man had touched her, at least gently. The truth? Aside from the brutish attack moments ago, Christina’s life had been nothing but chaste.

White foam leached from the pony’s neck and he took in thunderous snorts. He wouldn’t be able to keep this pace much longer. Christina steered him through a copse of trees and up the crag where just that morning she’d stood with King Robert and Sir Boyd before they’d led the Scottish battalion into the valley. There, she could gain a good vantage point and try to determine where the backstabbing English were heading with Andrew this time.

At the crest of the outcropping, she pulled the horse to a halt. “The pony cannot keep going at this pace.”

The man’s eyebrows slanted inward and he gave her a quizzical stare. Good Lord, his tempest-blue eyes pierced straight through her soul. “Are you speaking English?” 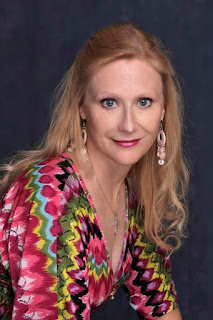 An Amazon bestselling author, Amy Jarecki adores Scotland. Though she now resides in southwest Utah, she received her MBA from Heriot-Watt University in Edinburgh. Winning multiple writing awards, she is focused on the genre of Scottish historical romance. Amy loves to write steamy edge-of-your-seat action adventures with rugged men and fascinating women who weave their paths through the brutal eras of centuries past. 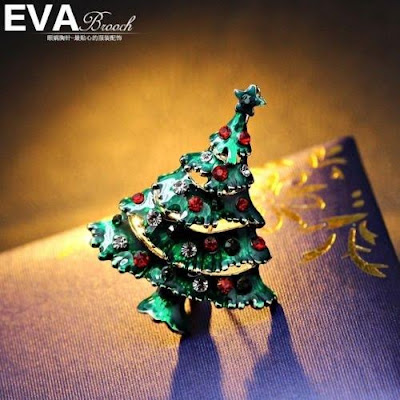