Blog Tour & #Giveaway for Refused to Reign by Constance Phillips

Today we have the blog tour for Refused to Reign by Constance Phillips. I am so excited to share this paranormal romance with you. Check it out and enter her giveaway today! 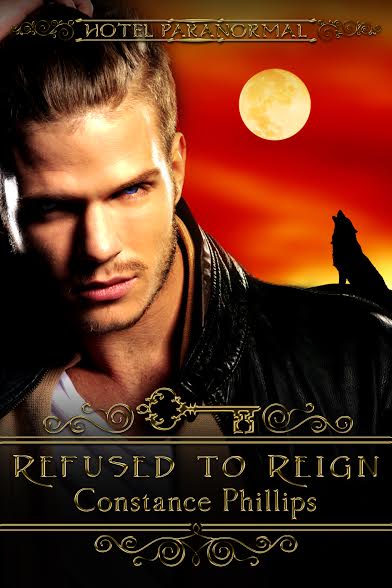 About Refused to Reign:

After his father’s death, Reider relinquished reign of the wolf pack to his brother Geoff, leaving everything—including Sable—behind, but refused to let go of the one thing his father ever gave him: the amulet that symbolized leadership. Six months later, Geoff is missing and the Conclave has called him to the Hotel Paranormal. They want him to take control of the Great Basin pack or hand over the amulet reserved for the alpha of the Great Basin Pack. Reider quickly learns the amulet is coveted by many. Can Reider unravel the mystery and find his brother or will he submit to Sable and the Conclave and reclaim his reign. 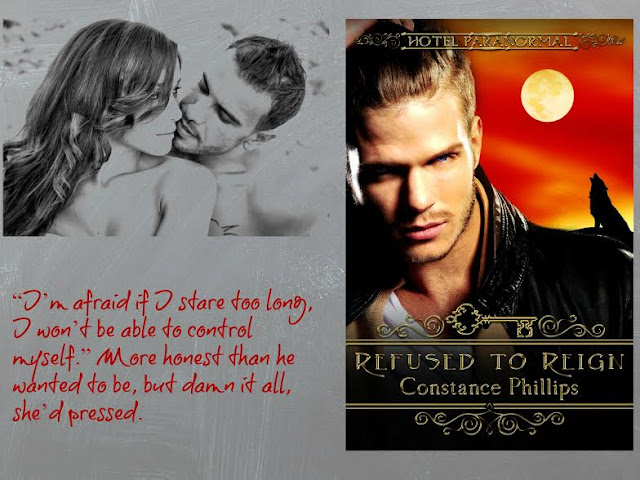 Excerpt from Refused to Reign by Constance Phillips

He led her back toward the elevator. When they were in the closed car, he pinned her to the back wall with his body. “What do you know that you’re not telling me?”

“I’m not hiding anything!” Her frustration with him contorted her face. Her pretty, full lips turned to a pout, and her eyes bore into him.

“Why do you keep insisting he’s dead?”

“Because I’ve been the one by his side. I know how serious he is about the business.”

“Is that all you’ve come to know about Geoff.” He couldn’t fight his urges any longer, and slid his hand against her neck, dropping his mouth so it hovered just inches from hers. “Or has my brother showed you the kind of man he is in other areas too.”

She lifted her pelvis, pushing it to his. “What do you care?”

If he thought she was trying to push him away, he’d have stepped back, but he knew better. Everything about the way she acted told him she was baiting him. He was too weak to resist anymore. “I care.”

The last thing he wanted Sable to know was how much he’d missed her—every minute of every day—but his will to fight her on this had evaporated.

“You have a funny way of showing it.” Again she lifted her hips, grinding against him.

He pushed back and closed the distance between their mouths. She tasted as he remembered.

Her arms slithered around his neck and she pulled him tighter, returning the kiss.

It was as comfortable as his favorite pair of jeans, but thrilling at the same time. His skin remembered her. Tingled with the desire to be even closer.

As the elevator doors started to open, he eased back, but Sable grabbed his flannel shirt, twisting the fabric in her hands. “Don’t you ever forget what you left behind. You walked out on me, just so we’re clear.” She let go of his shirt and walked by him, heading down the hall toward his—no their—room.

Shit. If he wasn’t leaving—which was what his gut told him to do—he at least had to try and change the room assignment. It had been days since he’d stolen more than a couple hours here or there, but If he tried to sleep in the same bed as Sable…well, there wouldn’t be much sleeping, that’s for sure. 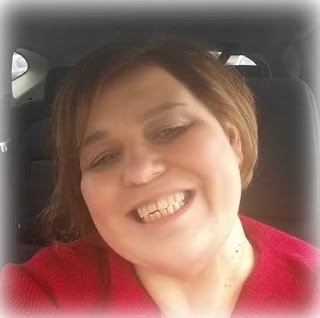 Constance Phillips lives in Ohio with her husband, daughter, and four canine kids where she writes contemporary romance novels and paranormal romance novels. When not writing stories of finding and rediscovering love, Constance and her husband spend the hours planning a cross-country motorcycle trip for the not-so-distant future…if they can find a sidecar big enough for the pups.